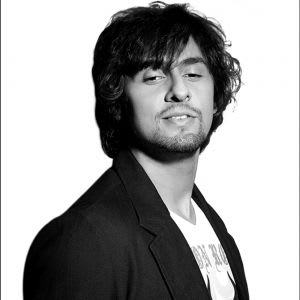 Sonu Nigam is an Indian singer, music director, and actor. Although he sings predominantly in Kannada and Hindi movies, he has also sung in Gujarati, Tamil, Bengali, Telugu, Nepali, Malayalam, Tulu, and Marathi. One of the most popular playback singers in Bollywood, Sonu Nigam, has inspired many growing new singers in this industry. He has released several albums and has also won multiple awards, including a nomination for the academy awards. Listen to some of Sonu Nigam's superhit songs on your very own Sonu Nigam hit songs list on Saregama.

You can get all the Sonu Nigam hit songs mp3 here, like Khamoshiyan Gungunane Lagi. It's a lovely piece from One Two Ka Four, an Indian action comedy-drama movie starring Shahrukh Khan, Juhi Chawla, Jackie Shroff, and Nirmal Pandey. Sung by Sonu Nigam and Lata Mangeshkar and composed by AR Rahman, the beautiful tune is a must-hear among Sonu Nigam's hits songs. The song is available in mp3 on your very own Sonu Nigam hit song list on Saregama.

Enjoy the music you love by listening to all the Sonu Nigam hit songs from the movie Refugee, a Hindi romantic drama film starring Abhishek Bachchan and Kareena Kapoor. The music, composed by Anu Malik, received two national awards. The sweet trills of Aisa Lagta Hai, the melody of Panchi Nadiya Pawan Ke, and the beats of Mere Humsafar - available in mp3 on the Sonu Nigam hit songs page in Saregama. Download and enjoy all of Sonu Nigam's super hit songs.

Enjoy some mesmerizing tunes from your favourite playback singer Sonu Nigam's hit songs here at Saregama. Ek Saathi Aur Bhi Tha and Khamoshiyan Gungunane Lagi are some beautiful songs that are sure to engage you and help you relax and take off some of the steam of your busy days. Songs like Taal Pe Jab, O Yaaron Maaf Karna, and Oh Mama Mama are some of the other Sonu Nigam hit songs that feature the incredible voice of this talented singer. Prepare to be mesmerized with all of these Sonu Nigam hits, available in mp3 format at your fingertips here on Sonu Nigam hit songs playlist available on Saregama.

Composed by Nusrat Fateh Ali Khan and lyrics penned down by Javed Akhtar; some beautiful pieces like Ek Din Kahin Do Tum Milein and Humse Rahoge Kya Hamesha Khafa, sung by Sonu Nigam, are a few hits that you would not want to miss. From the movie Aur Pyaar Ho Gaya, a Hindi romance film, romantic music is ideal for a relaxing night at home. Listen to these hit songs by Sonu Nigam, available on Saregama.

What is life without music? Music is life itself. Sweeten up your life with the sweet melodies of all Sonu Nigam's hit songs available on Saregama. Have some fun with the rhythm of music from the 1999 Hindi romantic Aa Ab Laur Chalein, directed by Rishi Kapoor, starring Rajesh Khanna, Akshaye Khanna, and Aishwarya Rai. Composed by Nadeem Shravan and lyrics by Sameer, its music is quite popular among the masses. Make sure that you don't miss this beautiful song O Yaaro Maaf Karna Song, another one of Sonu Nigam's hit songs available on the Sonu Nigam hit song list on Saregama. Download, listen and enjoy.

Sonu Nigam holds a special spot in the minds of so many listeners. His songs enthral them and captivate them. This playlist takes the listener away from their worries and helps them lose themselves in the music. Be sure to download your favourite picks from the Sonu Nigam hit songs playlist available on Saregama.