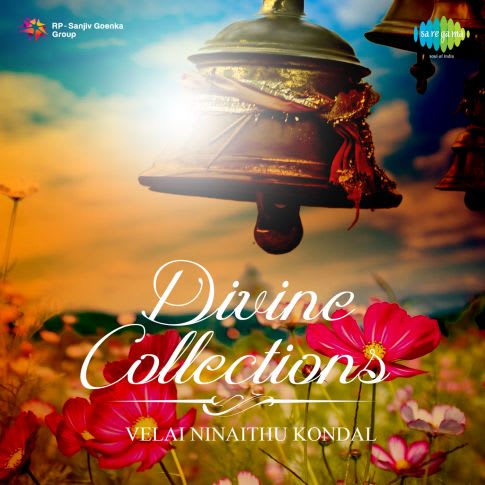 These days we have opted for a routine of working round the clock, adhering to the deadlines. Many have also opted for the culture of a binge-watch. Staying awake late at night is a new norm. Where many of us wait to chat or call someone special. In contrast, many of us spend these late hours introspecting our existence. No wonder why this generation is living a stressful life. Ever thought of altering this lifestyle? After all, who doesn't want to be happy? Read ahead to know how the ages-old mantra can help you out of this, and download the Om Namah Shivaya Song(ॐ नमः शिवाय) .

Morning is undoubtedly the best time of the day. The tender sunlight is hitting your face. The chirping of birds. The freshness in the air. Imagine the start of the day with the chants of the Om Namah Shivay mp3 song. Pure bliss, isn't it? These words have the power to calm your mind and give your day a refreshing start.

Let us understand the power of the Om Namah Shivaya Song(ॐ नमः शिवाय). It is one of the most potent mantras of Hinduism. It originates at the heart of the Vedas and Tantras. It is mostly used to practice mediation leading towards self-realization. This three-word mantra is an institution in itself, where every word holds a special function to attain spiritualism.

Om (or AUM): The trio of A-U-M encompasses several meanings. It is used to refer to three levels of mind – conscious, subconscious, and unconscious. It also enlightens three universal processes of life – coming, being, and living. Om or Aum annotations are used to refer to many of such in-depths of life and spirituality.

Namah: The word means giving homage or respect. Where the person chanting Om Namah Shivaya Song(ॐ नमः शिवाय), tells "Nothing is mine (as a person); everything is Thine (as the Absolute Reality)".

Shivay: Shiva is the absolute reality of the existence of the universe.

Om Namah Shivaya(ॐ नमः शिवाय) by the Saregama music label will not just make you recite the powerful Panchakshara Mantra. But it also recites alternative names of Lord Shiva, such as Rudreshwara, Nageshwara, Mahakaleshwara, etc. You are sure to feel the lord's supremacy in every word.

Download the Om Namah Shivay song to experience this divine yourself. The spiritual gurus practising Hinduism recommends regular enchanting of this divine mantra. Rather than simply repeating it, they suggest chanting these words with feelings and an aware mind. It is said to stabilize your noisy mind. Regular practise can also help you become a level-headed person. Another benefit of this Om Namah Shivaya(ॐ नमः शिवाय) mantra is, it infuses positive energy.

Saregama music label has brought you the Om Namah Shivay mp3 song album. Pujya Bhaishri Rameshbhai Oza has sung these magical chants. His voice is sure to calm you down and feel the fulfilment of life. Dipesh Desai has composed the music of this album.

Knowing the composers more in detail, Pujya Bhaishri Rameshbhai Oza is a spiritual mentor and guide to many worldwide. He is lovingly addressed as Pujya Bhaishri by his followers. He preaches as well as practices spirituality based on these four sacred pillars – Yagya (offerings), Gyan (knowledge), Bhakti (devotion) and Karma (action/ duties). He is famous for his Kathas, through which he makes his followers understand the life lessons. Listening to this divine person, enchanting the Om Namah Shivay song is a fulfilment in itself. It is one of his initiatives in collaboration with Saregama to revive the Indian Hindu culture. Download Om Namah Shivaya(ॐ नमः शिवाय) to experience it yourself. As per the records, it is one of the highly played spiritual songs on the Saregama app.

Om Namah Shivaya(ॐ नमः शिवाय) is one of the most listened to devotional songs on Youtube. It is played primarily on the religious ceremonies of Lord Shiva. The Shiv Bhakts also prefer listening to it on repeat on the occasion of Mahashivratri, which is one of the most celebrated nights in India.

Download the Om Namah Shivay song today or listen to it on the official Saregama application and the website. You're bound to experience the devotion in every word recited by Pujya Bhaishri. You can also listen to the Om Namah Shivay song and other devotional songs on the Saregama Carvaan series. The banner has also specially launched the Saregama Carvaan Mini Bhakti music player. It comes with a collection of 300 devotional bhajans, aartis, and mantras. It can be the perfect gift to your grandparents as well as your parents. You may also gift Saregama Caravan Mini Bhakti to yourself to awaken your spiritual side.