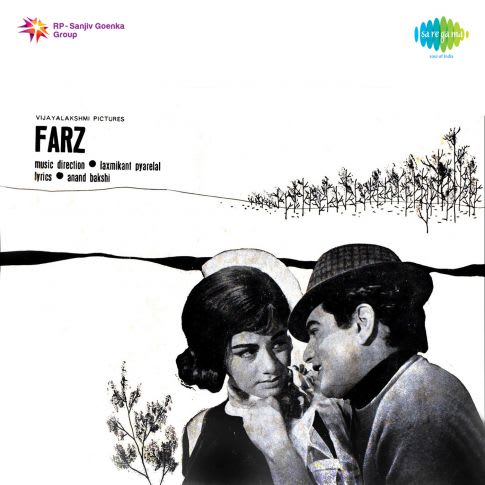 Whenever we have a birthday party or wish someone on their birthday, we sing the English song ‘Happy Birthday To You.’ How many of us know that we have a Hindi version to it as well? The movie, Farz was released in 1967 and gifted the audience with the memorable Baar Baar Ye Din Aaye Happy Birthday To You song. This song became the ultimate birthday song for all the citizens in the country since they started to communicate with the Hindi lyrics. There is some mystery and aura about this song, due to which it still remains in the hearts of the people almost 54 years after its release. Let us dissect the song’s importance in terms of its history, tune and lyrics, and the craze behind it.

The movie in which the song was played

Baar Baar Ye Din Aaye Happy Birthday To You mp3 song was featured in the movie Farz, released in 1967. It is a spy thriller movie with Jeetendra and Babita at the helm. The film was directed by Ravikant Nagaich and produced by Sundarlal Nahata Dundi under the Vijaya Lakshmi production banner. The music director for the movie is the iconic Laxmikant Pyarelal. He had contributed a significant percentage of the Bollywood culture with his memorable hits over the years. He showed his prowess in this movie as well by bringing in Lata Mangeshkar, Mohammad Rafi, Mukesh, Asha Bhonsle, and Suman Kalyanpur as singers. These singers sang almost all the songs of the movie, including several evergreens like Aa Ja Aa Ja Mera Pass, Dekho Dekho Ji Socho Ji, Hum Toh Tere Aashiq Hain, Tumse O Hasina, to name a few.

Every person receives a lot of wishes and blessings on his or her birthday. It is one of the happiest days of that person’s life. The lyricist of the song, Anand Bakshi, kept that idea in mind and penned the lyrics of the song. The song begins with loads of wishes for the birthday person. The singer wishes the person to live for a thousand years and have the same amount of joy for that day every year. The singer also expresses his love for the person in the song. Mohammad Rafi did proper justice to the lyrics of the song by striking the right chords for it. His voice felt apt for the song, and he came out of his sad song genre to introduce his quirky nature into the tune for the song. Amongst his other songs, Baar Baar Ye Din Aaye Happy Birthday To You mp3 is also considered an evergreen hit by the citizens of the country.

How did people receive the Baar Baar Ye Din Aaye Happy Birthday To You song?

Before the song’s release, people used to sing the old Happy Birthday To You song to wish someone on their birthday. Although the norm still exists, some people faced the problem of not knowing the English language. The song might have been gulped down the throats of these people, who used to sing it without knowing its meaning. Moreover, people faced issues in not connecting with this English song. They must have learned the language for their career purposes. But they could not synchronize their harmony and emotion with it, which they could do with their mother tongue. In such times, the Baar Baar Ye Din Aaye Happy Birthday To You song came as a welcome respite for all Indians. They can now understand what they are singing and relate more to the lyrics.

Moreover, the English song repeats the same line in different tunes (the part generally sung). In this Hindi version of it, several wishes pour in along with the lyrics. Indians have this habit of providing loads of wishes, and almost all the common wishes are covered in the lyrics. The people found that this song is the right way of representing their emotions. The song’s tune is also easy, and almost anyone who does not have a music background can sing it. The song is a lengthy one, but people preferred to sing the first paragraph. Soon after its release, it became an integral part of any birthday party in Indian households.

Although the song was released in 1967, it continued to be played at many birthday parties. Therefore, it is unforgettable. However, recently on the eve of the recent Jeetendra’s birthday party, a video was released on various social media websites. In that video, the veteran actor was seen singing and dancing to the song while cutting the cake. All his fans were delighted to see their star in good health even at this age. We wish him to live for another Hazaaro Saal!

Baar Baar Ye Din Aaye Happy Birthday To You song is an evergreen song that is unlikely to fizz out under the pressure of new-age songs. This song has been a chartbuster widely used for birthday purposes. Along with the veterans, even the youth love to sing this song. People might not use the entire lyrics of the song, but the first stanza is enough to keep the party rolling. If you want to know the tune, rhythm, or lyrics of the song, you can visit the Saregama website. You will be able to download Baar Baar Ye Din Aaye Happy Birthday To You or look at the lyrics on this website.