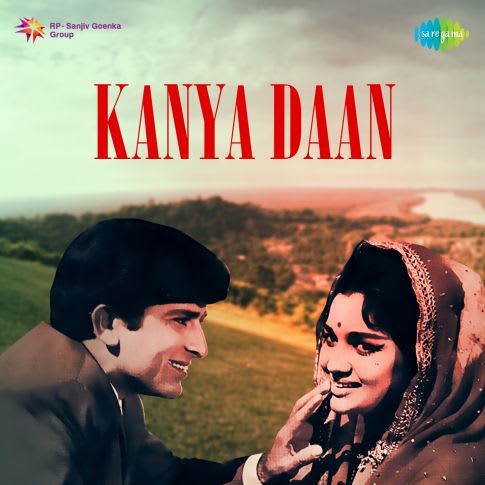 An Evening In Paris

The 1960s is considered the era of classics in Bollywood. Where not just the movies but the songs also hold a cult statue in today's time. In this decade, they produced timeless films like Mughal-E-Azam, Teesri Manzil, Guide, and many other classics. It also had some mesmerizing songs. One of such melodious tracks from those times is the Likhe Jo Khat Tujhe song(लखे जो खट तुझे).

Composed by the famous music directors Shankar Jaikishan, Likhe Jo Khat Tujhe song(लखे जो खट तुझे) is from Kanyadaan. The famous duo was also popular in the Bollywood film industry by the name. They had composed the entire album for the film Kanyadaan. Other popular songs from this film are Meri Zindagi Mein Aate? and Parai Hu Parai Meri Aarzu Na Kar". Even today, their work is among the most downloaded Hindi mp3 songs. They brought music maestros like Mohammed Rafi, Lata Mangeshkar, Asha Bhosale, and Mahendra Kapoor to compose the album of Kanyadaan movie.

Download Likhe Jo Khat Tujhe(लखे जो खट तुझे) and experience the evergreen era of Mohammed Rafi's eternal voice. Being the famous playback singer of his time, he has voiced over 7,450 songs in various Indian languages. He established his recording career in the 1950s and 1960s. It was also the time; he recorded the famous Likhe Jo Khat Tujhe mp3 song(लखे जो खट तुझे). He was the singing voice to actors like Dev Anand and Guru Dutt, among many other established men in Bollywood. In the early 1970s, he suffered a significant setback. He suddenly got a throat infection and wasn't able to sing for a very long time. Kishore Kumar then replaced him with singing the main songs of that period. Although Rafi's musical output was less, he did sing some evergreen songs of the 1970s. Even today, he is fondly remembered by his fans and followers worldwide as 'Rafi Saab'.

Kanyadaan is a film highlighting the social problem of child marriage. It starred Asha Parekh and Shashi Kapoor in the leading roles. In the famous Likhe Jo Khat Tujhe Lyrics, both of these actors are seen romancing against the magnificent backdrop of Kashmir's mountain valley and pine trees. Many favorites of Shashi Kapoor have been shot in the scenic beauty of Shimla and Kashmir. These locations have now become famous tourist attractions. Even today, when people visit these places, they get to hear evergreen stories of Shashi Kapoor and his films. It feels that the actor is immortal. He is living even today with his songs shot in these beautiful destinations of northern India.

Being a famous actress, Asha Parekh, has inspired many retro hairstyles of the 1960s. Likhe Jo Khat Tujhe song(लखे जो खट तुझे) features her in pink and violet ghagra choli. Though her look was quite simple in this song, she spilt her charm with her sparkling eyes. Her high puff, braided look in Likhe Jo Khat Tujhe Lyrics is still one of the highest searched looks even today.

Shashi Kapoor is seen wearing an orange blazer over the high-neck outfit. He looks handsome and charismatic in every frame of Likhe Jo Khat Tujhe song(लखे जो खट तुझे). His expressions are convincing enough to make us believe how madly he is in love. Be it his eyes or hands; they just can't stay away from Asha Parekh on-screen. It's an absolute delight to not just listen to this melodious track but also watch it. Asha Parekh and Shashi Kapoor's magical chemistry is evident on-screen. If you ever download Likhe Jo Khat Tujhe song(लखे जो खट तुझे) or watch it on Youtube, you are bound to experience it in every frame. The entire song is from the male's point of view, where he can't stop himself from praising the beauty of Asha Parekh. It's an all-time favourite romantic song of Bollywood listeners. It melodiously tunes the dilemma of missing a loved one.

The Likhe Jo Khat Tujhe Lyrics are penned by Neeraj. He has beautifully related the emotions of love with that of nature in this mp3 song.

These beautiful Likhe Jo Khat Tujhe Lyrics describe the love letter turning into flowers and stars while missing the loved one. The lyricist Neeraj has also taken the reference of colours, fragrance, and morning to show the purity of feelings in Likhe Jo Khat Tujhe mp3 song.

Kanyadaan attained box-office success in the 1960s. Often the actors and story are given credits for it. But the Likhe Jo Khat Tujhe song(लखे जो खट तुझे) is still known by the people. This mp3 song is played on various occasions to date. Be it karaoke, retro-themed party, or just randomly humming, the lyrics and the tune are still remembered.

Our top recommendation is to Download Likhe Jo Khat Tujhe song(लखे जो खट तुझे) if you plan a retro-themed party or want to listen to this melodious track on loop. Not just one, but there are too many reasons to listen to this track today. Voice of Mohammed Rafi, a beautiful tune composed by Shankar - Jaikishan, and the beautiful redemption of nature in the lyrics are few to enlist.

You can listen to the Likhe Jo Khat Tujhe song(लखे जो खट तुझे) on the Saregama app or the official Saregama website. You can also tune in to Saregama Carvaan to listen to 5,000 evergreen songs. On upgrading your existing Carvaan with a Carvaan 2.0, you can avail yourself services like access to new songs, 10,000 plus retro songs, 5000 pre-loaded songs. If that is not enough, Carvaan 2.0 also provides rhymes and stories for kids, along with updates on news, food recipes, and many more. Get your Saregama Carvaan today and enjoy your music effortlessly.