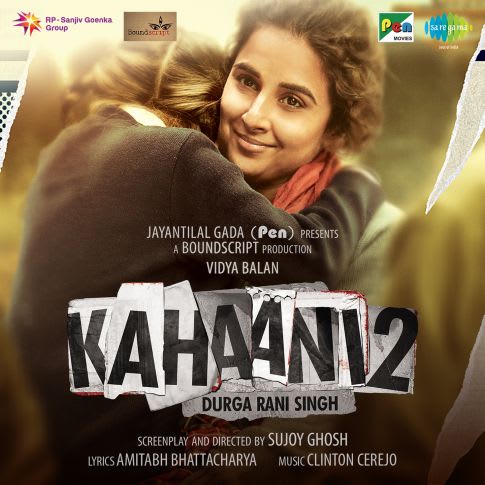 When the movie Kahaani was released, it created a massive surge amongst the audience who flocked to the movie theatre. The film did not have many known faces in the star cast, but the story and the stellar performances from every star stole the show. The music was also in sync with the flow of the movie. After the huge success of Kahaani, the makers decided to come up with the second part of the movie Kahaani 2: Durga Rani Singh in 2016 with the core cast along with some stellar names. The Mehram song(मेहरम) was an instant hit amongst the public soon after its release. You can download Mehram songs(मेहरम) from the Saregama Carvaan website. Let us look at some of the movie and Mehram mp3 song's aspects and understand why it was such a big hit.

The movie, Kahaani 2: Durga Rani Singh is the sequel to the blockbuster hit Kahaani, released in 2012. Kahaani had Vidya Balan at the helm, and Kahaani 2 did not want to change its winning formula. Vidya Balan did not disappoint in this new rendition of the movie and was ably supported by the other members, Arjun Rampal, Jugal Hansraj, and Kharaj Mukherjee. This movie was supposed to be the return of Jugal Hansraj after a long break from the Bollywood industry. Along with the plot twists, the music of the film also caught the attention of the public. Vidya Balan was awarded the Filmfare award in the best actress category due to such an incredible performance.

The music of the movie

The music director of the movie is Clinton Cerejo. He has been a renowned music director of this generation who has been involved with several hit movies. The film depicts the mother's love for her daughter and to what extent she goes to save her. Clinton Cerejo has done apt justice to such a wonderful theme with the harmonious use of his skills. He considered the right singers for the right songs in the movie. The movie has four songs- Mehram(मेहरम), sung by Arijit Singh, Lamhon ki Rasgulle song by Bianca Gomes and Sunidhi Chauhan. ? Aur Main Khush Hoon song by Ash King, and ? Anondoloke song by the famous Clinton Cerejo himself and composed by Rabindranath Tagore. As per the songs' tune, Clinton Cerejo has done perfect justice with his choice of singers. The melody of the songs Mehram(मेहरम) and Aur Main Khush Hoon is rightfully depicted through the Melody King Arijit Singh and Ash King's voice. Bianca Gomes and Sunidhi Chauhan's quirky nature is reflected in the rendition of the song Lamhon Ke Rasgulle. And the perfect representation of the movie's climax through Anondoloke song has been the masterstroke of Clinton Cerejo.

The Mehram song(मेहरम) is shown in the movie during the portrayal of a mother's love for her daughter. We know that a mother's love is the highest form of love in this world. This love expands when the daughter is in happiness or is in distress. The eternal bonding between a mother and a daughter is depicted in this song. Clinton Cerejo had roped in the best singer and lyricist for the Mehram Song(मेहरम). Arijit Singh is already a known face by that time with his countless hits. He has already been a heartthrob amongst the country's citizens with his soulful music. On the other hand, Amitabh Bhattacharya has been a known and experienced face when it comes to correcting the expression of human emotions through songs. They have been involved together in different songs before and after this movie's release. Therefore, the Arijit Singh – Amitabh Bhattacharya formula has been a super hit in Bollywood. Clinton Cerejo used this excellent formula to bring life to this Mehram song(मेहरम). If you wish to download Mehram(मेहरम), go to the Saregama Carvaan website and search for the Mehram mp3(मेहरम). The meaning of the song As stated earlier, the Mehram song(मेहरम) demonstrates the love between the protagonist, Durga Rani Singh, played by Vidya Balan, and her daughter, Minnie Dewan. The lyrics express the mother's feelings for her daughter. A mother's wishes are Bin Sharton Ke, i.e., there are no conditions involved in such a relationship. The mother wishes to hold the fingers of the daughter and experience the daughter's world. She did not want anything from her daughter 'Bas Kuch Maat Dena.' If the daughter has inhibitions in saying something loud, she has the provision of speaking it into her mother's ears. The eternal bondage between the mother and the daughter in the form of close friendship has been depicted here. Talking about close friendship, let us discuss the meaning of the word Mehram(मेहरम). Mehram is an Arabic word meaning close friendship. Although the term is mostly used to describe friendship, here, the word is used in the song to describe true friendship between a mother and a daughter. In Indian households, women yearn to have such a wonderful relationship. This relationship is the perfect combination of the mother's experience and the daughter's energy. They share everything that crosses their minds. Such a close relationship does not always exist in all households. Therefore, this song can be considered the rightful way for these women to learn how they should behave with their daughters and vice versa. The Mehram song(मेहरम) is one of the best representations of divine love in such a relationship. Clinton Cerejo has gifted Bollywood with a beautiful song on this topic.

After the success of Kahaani in 2012, the director of the movie, Sujoy Ghosh, decided to come up with a sequel to it. He stuck to his hit formula of casting Vidya Balan as the protagonist, who carried the movie's entire weight on her shoulders with ease. The songs of the movie did justice to it, with the Mehram mp3(मेहरम) deserving special mention. If you wish to download the Mehram song, search for it on the Saregama website and add it to your cart accordingly.