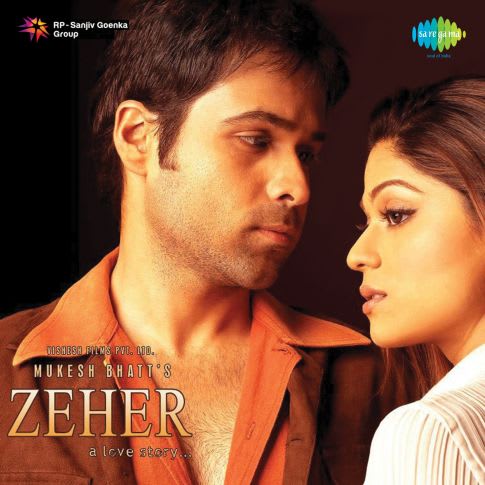 The song is from the movie Zeher: A Love Story that was released in the year 2005. This Bollywood suspense thriller film was directed by debutant Mohit Suri and produced by Mahesh Bhatt. It featured Emraan Hashmi, Shamita Shetty, and Udita Goswami in the lead roles and received positive reviews from the critics. The movie is an adaptation of Hollywood blockbuster Out of Time that starred Denzel Washington and Eva Mendes.

The plot of the movie revolves around Siddharth (Emran Hashmi), who is the chief of a local police station in Goa, and finds himself embroiled in the eye of a storm and is going through a divorce with Sonia (Shamita Shetty), his wife. Siddharth gets involved with a local married woman named Anna (Udita Goswami) and is unable to cope with the pressure of the success of his wife who is in the special police force. Siddharth continues his dangerous and secret relationship with Anna and things get more complicated with him and Anna when Siddharth comes to know that Sean (Sameer Kochhar), the husband of Anna, beats his wife and Anna is struggling with cancer.

To support her, Siddharth takes the irrational decision of giving Anna the money he recovered in a drug raid but Anna ends up dying on the same day in a fire. Siddharth is now left with uncovering a complex world of murder, drug money, and deceit, because everything points at him. Siddharth later finds out that Anna is alive and was actually conning both him and Sean to get the insurance money. Siddharth confronts her and she points a gun at him before Siddharth's wife shoots Anna and then provides the alibi that the cause of Anna's death was an accident. The movie ends with the male lead character recovering his wife and the drug money.

Still considered among the most romantic love songs of all time, the Agar Tum Mil Jao Lyrics makes hearts in love stop and appreciate the love and affection for someone special. The craziness of Udita Goswami to pamper her love interest perfectly puts into words and the world what will be like in the absence of our loved one.