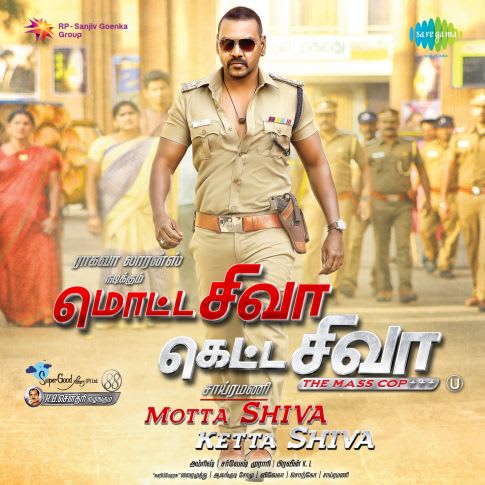 Feel the Power of Shiva through Hara Hara Mahadevaki Song

Use of Har Har Mahadevaki song in the Tamil movie Motta Shiva Ketta Shiva
The Hara Hara Mahadevaki song is included in the movie Motta Shiva Ketta Shiva. The film is directed by the famous director Sai Ramani with Raghav Lawrence and Nikki Galrani at the helm of it. They are ably supported by the stellar roles of Ashutosh Rana and Sathyaraj. All the movie actors have acted brilliantly, and the music of the movie ably supports their performance.

The music of the movie Motta Shiva Ketta Shiva
With all the best actors at the helm, the movie director appointed a music director and a good team to complement the stellar cast. Sai Ramani did fabulous work by roping in the famed music director Amresh Ganesh; he is famous for his work in several Tamil movies. His skill got the correct exposure in the Hara Hara Mahadevaki song, where he brought forth a unique rendition.
The famous singer of religious songs, Padmalatha, has sung this song. Sorkko has penned down the lyrics of the song. The song has been written in Tamil. Since Tamilians are extremely pious people, this song is the right way to express faith in Lord Shiva. If you also love the Hara Hara Mahadevaki mp3, download the Hara Hara Mahadevaki song from the internet.
The skill and experience of Sorkko are evident from every word that has been included in the lyrics of the Har Har Mahadevaki song. The voice of Padmalatha did proper justice to the lyrics. If you are a fan of Padmalatha songs, download the Hara Hara Mahadevaki song from the Saregama website.
Another noteworthy feature of the Hara Hara Mahadevaki mp3 is the tune. The tune follows the soothing nature of most religious songs in the beginning. People will believe that the song is another spiritual song glorifying Lord Shiva. The beginning of the song involves a small recital followed by a soothing tune.
However, after a few seconds, the tune made a sudden change and incorporated several western features. It introduced pop music with a lot of beats. The pace of the song increases suddenly. It also included the beats of dhol. If you hear the Hara Hara Mahadevaki mp3, you will start to have a groovy feeling as the pace increases with the beats.

The power of devotion
Like any other devotional song, the Hara Hara Mahadevaki song is filled with several inner meanings. The lyricist has directed all the words and phrases to glorify the power and deeds of Lord Shiva. However, he also tried to draw a parallel between Lord Shiva’s acts and the actor’s character. Like people worship Lord Shiva’s power, the lyricist also showcases the power of the lead actor.
A common feature of most devotional songs dedicated to Lord Shiva is fast pace, full of beats. You must have seen people dancing to Lord Shiva’s song. Even the Aghouris, who is considered the highest form of Lord Shiva’s devotee, dance to groovy Lord Shiva’s tunes. The Hara Hara Mahadevaki song starts at a gentle pace at the beginning, resembling other religious songs. However, the song picks its pace after a few seconds, making it a perfect Lord Shiva’s devotional song.
The pace of the song also synchronizes with the attitude of the actor. Raghav Lawrence is a seasoned actor known primarily for his chirpy roles and comic timing. He has showcased his skills in famous movies like the Kanchana series. Moreover, Raghav Lawrence is an acclaimed dance choreographer, and he has all the ideas to do justice to the beats of the song; if you love to groove to the beats, download Hara Hara Mahadevaki song.