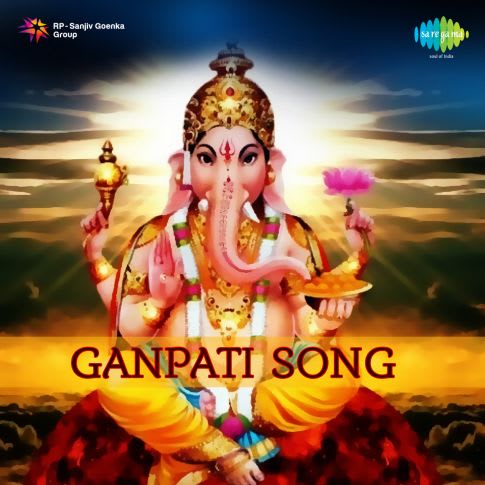 Uplift your Religious Mood with the Ganpati song

Ganpati puja is one of the most revered religious ceremonies celebrated with a lot of pomp and glory in India. It is mainly celebrated in Maharashtra, although festivities also occur in other parts of the country. One of the ways to celebrate Ganpati puja is to sing Ganpati songs. Several singers have rendered their voices to create several Ganpati songs. The puja has songs for each of the events of the Ganpati Puja. You will find several Ganpati mp3 on the internet; one such website is the Saregama website. You can find several Ganpati mp3 on our list; it is filled with several religious verses and stories of Lord Ganesha. People who listen to this song experience a spiritual aura around them. If you wish to feel the same, download the Ganpati song from the Saregama website.

Hindu religious texts describe Lord Ganesha as a god with a human figure with an elephant’s head. Such a unique combination is due to specific events leading to his head being replaced by an elephant. His carrier is a mouse; he holds a Modak or a Laddoo (sweet) in one hand. The Ganpati song describes his appearance according to Hindu religious literature. If you are interested in such religious stories, download the Ganpati mp3 now. Lord Ganesha is the reliever of all stress and savior of all distress. His followers go to him to get rid of all tensions. He is considered to be the Sankatatun, i. e., the savior from all alarming situations. He is also called the Bignaharta, who gets rid of all adversaries. Lord Ganesha also provides wise thoughts and ideas to his followers. All his followers consider him as Buddhidata. He is the most learned entity in the universe, and they believe following him will bring them immense knowledge. You can learn about the teachings of Lord Ganesha if you download the Ganpati song. The entire universe experiences Lord Ganesha’s Maya, i.e., his aura and magic. He is a god with immense power and patience, and he holds control over every life on Earth. His devotees consider him to be the king of the entire universe. He is the Ananta, meaning the ultimate power.

The Ganpati mp3 also speaks about the parents of Lord Ganesha. Lord Ganesha is the youngest son of Lord Shiva and Goddess Parvathi or Gauri. Lord Shiva is considered one of the three Adhidevs of the Hindu religion and has a significant contribution to Earth’s creation. Goddess Parvathi is one of the foremost powers in the entire universe who has protected them multiple times by taking numerous forms. Lord Ganesha has got the teachings from both of them, and such teachings have contributed mainly to the immense knowledge and power of Lord Ganesha. Finally, the Ganpati mp3 speaks about how the followers feel about Lord Ganesha. They bow before him with respect and consider him to be the Maharaja. They want to perform Seva to him and wish to follow his teachings. They believe that moving on Lord Ganesha’s path will help them to attain peace, sanctity, and Moksha in life. If you also think the same, download the Ganpati song from the Saregama website to save it in your Carvaan. Why is Ganpati puja celebrated? Ganpati puja is celebrated with a lot of colors, songs, and energy every year. The maximum fun and celebration are observed in Maharashtra. People have a strong belief in Lord Ganesha, and therefore they celebrate Ganpati puja. The name Ganpati came from the word ‘ganas.’ Ganas are the followers of Lord Shiva. When Lord Shiva severed the head of Ganesha and then realized his mistake, he instructed his ganas to search for a replacement head for his son. However, they could only find a baby elephant’s head. Lord Shiva replaced Lord Ganesha’s head with that of the elephant’s. Lord Shiva also made him the leader of his ganas, and therefore, Lord Ganesha is also known as Ganpati.

The days when Ganpati puja is celebrated is called Ganesha Chaturthi. The celebration takes place for around ten days. The entire festival revolves around four major rituals- Pran-pratishtha (the infusion of Lord Ganesha into the murti or the clay idol), Shodashopachara (the process of paying tribute to Lord Ganesha in sixteen different ways), Uttar-puja (the puja that allows the idol to be shifted from one place to another after the infusion), and Ganpati Visarjan (the process of immersing the idol into the river). Summing up Due to the use of colours on these clay idols, aquatic life can get affected. Therefore, various organizations are preferring to replace these chemicals with organic paint. They even think about using plant seed balls while making the idol to grow after immersion. The Ganpati song is one of the most devotional songs in the Hindu religion. Lord Ganesha is the protector of the universe, and people feel safe and secured when they believe in him. If you do the same, download the Ganpati song from the Saregama website and listen to it.