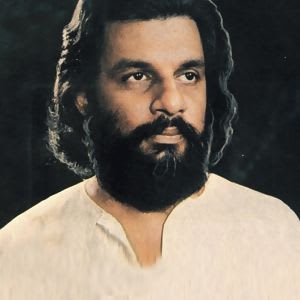 There are very few singers in India who have contributed to songs of different languages. Such singers are always considered a rarity. Among that rare breed of singers, the name K. J. Yesudas will always shine along. He is an Indian playback singer famous for his devotional, regional, Indian classical, and songs related to different film industries. It is estimated that he has sung over 50,000 songs in his lifelong career.

K. J. Yesudas has a huge fan base all around the world. He has performed in several countries, both in studios and live concerts. Some of his die-hard fans even travel around the world with him. They still feel mesmerised by the melodious voice that resonates in all Yesudas songs. He has fans of all ages and generations. If you want to hear Yesudas hits, search for the Yesudas song of your choice on the Saregama website. Once you find the mp3, download it onto your system.

The Saregama website has included a vast category of different Yesudas hits. They have segregated them into different categories. Such categorisation will help you find the Yesudas song that you want to hear. First, however, you need to know the name of the movie or the album that contains the song. Before you start searching for Yesudas hit songs, let us look at the musical journey of Yesudas.

Yesudas was born in Cochin (in Kerala) in 1941. His father is a Malayalam classical singer. Yesudas took formal training in several music schools. He recorded his first song in 1961, after which he started working in the South Indian movie industry. After a decade of his career, he moved into Bollywood with Jai Jawan Jai Kissan in 1971. People still listen to Yesudas songs from his first Bollywood movie.

It did not take much time for Yesudas to rise to stardom. He had a long musical career spanning over six decades. During this time, he has sung more than 50,000 songs in several languages like Tamil, Telugu, Malayalam, Bengali, Kannada, Hindi, Marathi, and Odia. Other countries also invited him to record songs in their languages. Some of these languages include Russian, Latin, English, and Arabic. However, people loved Yesudas songs in the South Indian language the most.

He has worked with several eminent singers of the South Indian industry for various movies. One such movie is Naan Vaazha Vaippen. This movie has superstar Rajnikanth at the helm. In this movie, Yesudas worked with eminent singers like S. P. Balasubhramanyam, P. Susheela, T. M. Soundarajan, etc. The song Aagayam Mele is considered to be one of the biggest Yesudas hits of all time. You can download its mp3 version from the Saregama website.

Most of Yesudas hit songs are in the South Indian language. He has worked in this industry for more than 60 years. One of his early works is in the movie Anjali. In this movie, Yesudas rendered his voice for three songs; all of them are considered blockbuster hits. These songs are Ellarum Pokunnu, Januvary Raavil, and its revival version. All these three songs have been etched in the memory of all Yesudas fans.

Another movie that is worth mentioning is Aradhana. Although similar movies are being released by different movie industries with the same name, this movie does not have much similarity with them when it comes to soundtracks. In the 1977 Aradhana movie, Yesudas rendered his voice for three songs Thalam Thalathil, Pon Thamarakal, and Aararo Aariraro. In all three pieces, Yesudas sang along with another musical stalwart of Malayalam cinemas, S. Janaki. These Yesudas hit songs are still immensely popular.

As a musical tribute for Yesudas, several artists came together to revive some of Yesudas hit songs. These albums are divided into three volumes, with the name K.J. Yesudas Revival Hits. Famous Yesudas hits like Aazhi Alayazhi (from the movie Dathuputhran), Kanneeril Viriyum (from the movie Sindooracheppu), and Vennakkallukondala (from the movie Karinizhal) is included in these albums. If you are a fan of Yesudas songs, you will love to listen to these collections.

Yesudas songs not only got accolades from his fans but also different awarding bodies at the state, national and international levels. He holds the record of winning the National Award for the best male playback singer for the maximum number of times (8 times). He has also won the South Filmfare award five times. In addition, he is the proud recipient of the respectful State award as the best playback singer almost 43 times. He was awarded by the Kerala State government, Andhra Pradesh, Tamil Nadu, Karnataka, and West Bengal.

Yesudas’s contribution to art and music has been rightfully recognised by the Government of India when they awarded him with Padma Shri (in 1975), Padma Bhushan (in 2002), and Padma Vibhushan (in 2017). In addition, the CNN-IBN group awarded Yesudas with the outstanding achievement award in 2011. He has a record of singing 16 songs in a single day in different languages. Almost all of Yesudas songs have become evergreen hits, relived by his fans.


The acting career of Yesudas

Yesudas also had a knack for appearing on the silver screen. He first appeared in the movie Kavyamela in 1965. His last appearance was in 2012 in the film Theruvu Nakshatrangal. In most of his movies, he has played his original role. Many of his films also showcase some of Yesudas hits.

Yesudas will continue to be a stalwart figure in the history of Indian music. There are several Yesudas songs pertaining to different genres; all Yesudas fans love to listen to most of these genres. They search for the mp3 version of these songs on various websites. One such website that offers the best quality, original Yesudas songs is Saregama. They also have the option to download these songs. So, if you are interested in Yesudas songs, download them onto your website and listen to them at your leisure.