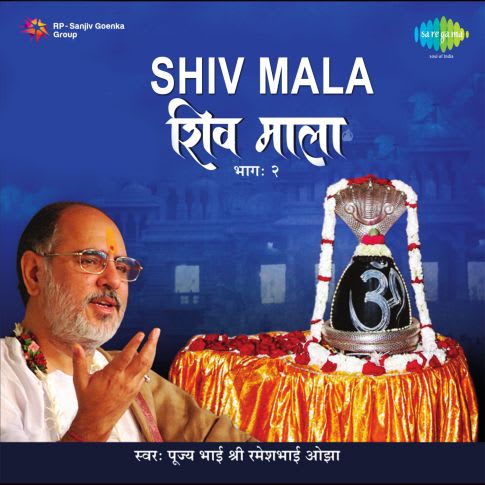 Hindus love to express their love and faith in the Gods. They do a lot of pujas and have incorporated their art and culture in their depictions. Several stories and songs are describing the events or images of the gods related to any particular incident. One such God who is referred to in many Hindu songs is Lord Shiva. Lord Shiva is considered one of the three most powerful gods that nurture the universe.

Album and the singers

The Shiv Tandav Stotram song(शिव तांडव स्तोत्रम) has several renditions to it. Many people have introduced several tunes and beats to the song. However, Shiv Tandav Stotram Lyrics never changed. One such version is in the album Shiv Mala Vol. 2. In this album, Pujya Bhaishri Rameshbhai Oza and his chorus team have provided a musical version. Other singers have introduced other tunes to the song as well. The song has been used in several movies like Ismart Shankar. The song's rock version is also very famous and has been rendered in several Bollywood and South Indian movies.

LyricsIf we look into our mythology, we will know that the original Shiv Tandav Stotram Lyrics was written by none other than Ravana, the demon king. Although he was portrayed as the villain, he had the blessings of many Gods for his dedication and pious nature. In this song, he described the look of Shiva. Shiva has the neck twirled around his neck, and River Ganga flows out from his Jataa or bun. He has the Damru in his hand, which he starts playing. The sound of the Damru is considered the death knell of the world, and people fear death when they hear its sound.

The Shiv Tandav Lyrics speaks about all the deeds of Lord Shiva, how he destroyed Andhaka and overwhelmed Yama, the God of death. He has left all his family ties and worldly belonging and lived the life of an ascetic. He seeks greater knowledge and serenity and has Goddess Parvati by his side as his wife.

People know about the story of his Tandav. He was married to Sati, the youngest daughter of Daksha. Sati was an ardent devotee of Lord Shiva, after which she fell in love with him. Shiva, too, was in deep love with Sati. Their love was ethereal but was not accepted by Daksha. Daksha had a severe tussle with Lord Shiva and never lost a chance to humiliate him. Finally, Daksha arranged for a huge Yagya, or Puja, to invite all the gods and goddesses. However, Lord Shiva was not invited to the Puja. Daksha also humiliated Lord Shiva in front of the other gods and goddesses. Sati could not bear the humiliation and set herself on fire.

On learning about the entire incident, Lord Shiva was enraged to the extreme. He started the Tandav Nritya, which spelled doom for the world. He carried the dead body of Lordess Sati on his back while he danced. It is written in the religious texts that while he was dancing, different kinds of fierce natural calamities like earthquakes, volcanic eruptions took place in different parts of the world. All the gods feared the end of the world and went to Lord Vishnu for help. He cut off Sati?s body into several parts and distributed it all over the country to cool Lord Shiva. The places where each of these body parts fell are called Piths.

An alternative meaning to the song

Although the Shiv Tandav Lyrics of the original song depicted Lord Shiva's beauty and how Ravana foresees him during worship, he seeks different blessings from Lord Shiva in this Shiv Tandav Stotram song(शिव तांडव स्तोत्रम). He represents the look of Lord Shiva and how the entire world bows down to him. He even puts forward several questions to Lord Shiva about his existence in nature and how he is related to the people and things around him. Ravana considered Lord Shiva as his superior force, and he is regarded as one of the most pious devotees of Lord Shiva. His love and faith in Lord Shiva were so much that it is said that Lord Shiva had once built a temple for Ravana in Sri Lanka. To date, people worship Ravana in that temple.

The tune of the song

The Shiv Tandav Stotram mp3(शिव तांडव स्तोत्रम) is a widely used tune on several occasions. Several people have used different tunes for the song. The right chord depicting the song?s mood as rendered by Ravana is being produced by Pujya Bhaishri Rameshbhai Oza and his chorus team. They have used a slow, melodic tune that fits well with the lyrics. The song correctly depicts Ravana?s ideas, and the tune is also a huge hit amongst several devotees. If you wish to listen to the song, you can download the Shiv Stotram song(शिव तांडव स्तोत्रम) from the Saregama website. You can also listen to 90 seconds of free music of the song from the website before you decide to download it.

The Shiv Tandav Lyrics is famous in every Hindu household. Although not known to many, this song was originally composed by Ravana, the demon of Ramayana. The song depicts his love, respect, and faith in Lord Shiva. Several music artists have rendered their tune and rhythm for the song. If you wish to have one of these renditions, download the song from the Saregama website now.