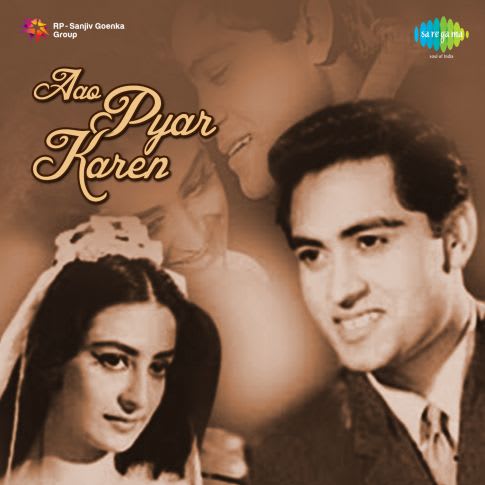 Aap To Aise Na The

All Bollywood lovers worldwide have fallen in love with Mohammad Rafi's songs at some point or the other. During his time, there were loads of eminent singers in the Bollywood industry, but he still managed to create a niche. He was a part of the best singer groups comprising Kishore Kumar, Asha Bhonsle, and Lata Mangeshkar. Although famous for his sad or melodious songs, Mohammad Rafi has shown his prowess in the quirky genre as well. One such song is Dilbar Dilbar song(दिलबर दिलबर) from Aao Pyaar Karen movie. This song was an instant hit upon the release of the film. If you wish to download the Dilbar Dilbar song(दिलबर दिलबर), you can visit the Saregama website and search for the song. Let us look at some of the reasons behind its unanimous craze amongst the audience.

The Movie
Aao Pyaar Karen is one of the few movies that is partly coloured and partly black and white. That means it is one of the first movies to make use of colour technology. It is a romantic drama with the direction of Mr R. K. Nayyar. Joy Mukherjee and Saira Banu helmed the casts of the movie, and they are ably supported by other stalwarts like Sanjeev Kapoor, Rajendra Nath, Mac Mohan, and others. The film is famous for its romantic storyline and its beautiful songs. Let us look at the richness of music included in the movie.

Music of Aao Pyaar Karen
The music director of the movie is Usha Khanna. She is considered to be the third female music director in the male-dominated music industry. She has worked for almost 30 years, from the 1960s to the 1980s, and has provided innumerable hit songs to the public. She debuted in Bollywood with the movie Dil Dekha Dekho in 1959. Her evergreen contribution to Hindi cinema includes Hum Tum Se Juda Ho Ke, Shayad Meri Shaadi Ka Khayal, Chodo Kal Ki Baatein, Zindagi Pyaar Ka Geet Hain, to name a few. She is famous for lending her voice to Asha Parekh's music, and both have collaborated in several movies. In fact, Dil Deke Dekho was the debut film for Asha Parekh.

Usha Khanna's love for Arabic and lively music is eminent from several of her hits. One such hit is Dilbar Dilbar song(दिलबर दिलबर). You can get the Dilbar Dilbar mp3(दिलबर दिलबर) from the Saregama website. The lyrics of this song are written by the famous lyricist Rajendra Kishan. He is known for his song Suno Suno Aye Duniyawalon, Bapu Ki Yeh Amar Kahani, which he wrote after the assassination of Mahatma Gandhi. Mohammad Rafi sang the song. Therefore, the bondage between Rajendra Kishan and Mohammad Rafi was intense and produced several wonderful songs. Dilbar Dilbar Song(दिलबर दिलबर) is another outcome of such an excellent bonding. Fun fact about Rajendra Kishan- He was considered to be the wealthiest lyricist of Indian cinema at his time.

The meaning of the Dilbar Dilbar Song(दिलबर दिलबर)
Going with her usual nature, Usha Khanna has delivered the quirky song Dilbar Dilbar(दिलबर दिलबर). This song is a representation of how much a boy falls in love with his girl. He begins appreciating the girl's eyes when he sings the line Aankho Ke Dore ye Gulabi din Se Bahare Haui Sharabi. He also makes several ethereal promises to the girl, like Phulo Mein Tujhe main Bitha du, Chaand Sitare Tujhe Laadu, Juro Ki Mallika Bana Du, etc. Finally, he proclaims his love for the girl by taking the name of the Almighty, Allah ka Naam Jara Lele. This song can be considered as the perfect representation of young love.

Newer renditions of Dilbar Dilbar Song(दिलबर दिलबर)
Although 1964 was not the age of televisions and computers, the Dilbar Dilbar mp3(दिलबर दिलबर) became a massive hit amongst the audiences. The song's lyrics became so famous that part of it has been used in two other movies in the future. Although the name of the songs is the same, the lyrics have been changed in these movies. The first one to be released is in the movie Sirf Tum in 1999, starring Sanjay Kapoor and Sushmita Sen. The music director of the film was Nadeem-Shravan melodious Alka Yagnik sang the song. This rendition of the Dilbar Dilbar Ho Dilbar song was a huge hit amongst the public. It was a must song for any parties at the time of its release.

The second rendition of the Dilbar Dilbar mp3(दिलबर दिलबर) was released in the movie Satyamev Jayate in 2018. The film starred John Abraham in the lead role. The movie is more famous for this song helmed by Nora Fatehi in a cameo role. The music director of the song is Tanishk Bagchi. This song became one of the biggest hits of the year, and regular inclusion in all party mixes prepared that year.

If you are a Bollywood buff, you must have encountered either of the two versions of the Dilbar Dilbar song(दिलबर दिलबर). Both the songs were instant hits upon their respective releases. You can select either of the two variants for any dance performance. However, if you wish to consider something retro, the old Mohammad Rafi version can be a good choice. You can download the Dilbar Dilbar song(दिलबर दिलबर) from the Saregama Carvaan website, listen to it carefully and plan your dance moves. Many people nowadays might not have heard the first version of the Dilbar Dilbar mp3(दिलबर दिलबर), and your performance will be a welcome surprise to your audiences.

Mohammad Rafi has gifted all Bollywood audiences with innumerable hit songs; he has sung songs of all genres and moods. A true Rafi lover can identify these songs at ease. Dilbar Dilbar song(दिलबर दिलबर) is one of the fabulous creations of Mohammad Rafi. If you feel that you have missed out on this song, download it, listen, and get into its mood for some time.