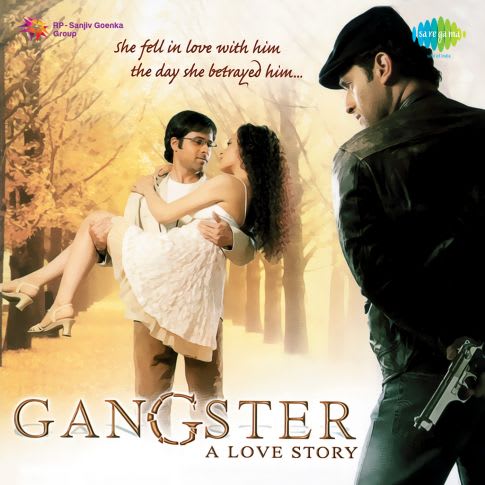 The movie Gangster
As stated earlier, Tu Hi Meri Shab Hai song(तू ही मेरी शब है) is from the movie Gangster. Gangster boasts of a stellar cast, including Shiney Ahuja, Emraan Hashmi, Kangana Ranaut, and Gulshan Grover. It is an out-and-out gangster movie, a formula that has always been superhit in Bollywood. Although the movie did not have any superhit film stars in its casting, the new boys and girls of Bollywood have effectively pulled out one of their crafty performances for the movie.

The director- Anurag Basu
And when it comes to showcasing grit, fury, and twists, who can do it better than the director Anurag Basu? He has shown his prowess in the thriller genre in his superhit movies like Kucch to Hai, Saaya, and Murder before. He has struck gold with Emraan Hashmi in just the previous movie Murder and was eager to repeat the same formula. So, when he got the chance of casting stars, he roped in Emraan without a second thought. He even arranged Tu Hi Meri Shab Hai mp3(तू ही मेरी शब है) with Emraan Hashmi's portrayal of it. You will get the option to download Tu Hi Meri Shab Hai from the Saregama website.

The music director- Pritam
Anurag Basu has always been very picky about the music of his movies. He has a long-standing relationship with Pritam, the famed music director from West Bengal. Pritam entered Bollywood a long time ago, but he was still waiting for that push to kickstart his career. Therefore, when Anurag Basu came to him with the script and the requirements, he accepted the offer with both hands. He put all his skill and experience with music into the movie and ensured that all the songs are chartbusters. Some of the movie's songs include Ya Ali Song, Bheegi Bheegi Si, and Tu Hi Meri Shab Hai song(तू ही मेरी शब है). He roped in the best singers of that time for these songs. Especially, Bheegi Bheegi Si is a Hindi rendition of a famous Bengali song.

Pritam has always preferred to mix experience with the energy of the newcomers. For example, he knew that a seasoned singer like K. K. would be the perfect choice for a romantic rock song like Tu Hi Meri Shab Hai song(तू ही मेरी शब है). However, a soulful yet rock song like Ya Ali would have been best rendered by a newcomer like Zubeen Garg. Pritam's experience and skill culminated in one of the best music albums that have ever emerged from Bollywood movies. If you like romantic rock songs, download Tu Hi Meri Shab Hai(तू ही मेरी शब है).

Whenever we talk about romantic songs in Bollywood, we consider them to be slow and melodic. Such a perception has been created by several Bollywood stalwarts like Mohammad Rafi, Mukesh, Sonu Nigam, Lata Mangeshkar, Alka Yagnik, and Kumar Sanu. However, Pritam blasted such a concept when introducing the rock genre into Tu Hi Meri Shab Hai song's(तू ही मेरी शब है) romanticism.In Bollywood, Tu Hi Meri Shab Hai mp3(तू ही मेरी शब है) is one of the first attempts to ensemble rock with romanticism. And although K. K. is also a known romantic singer of the previous genre, Pritam brought out the hidden skill in K. K., who did proper justice to the song. The usage of musical instruments to maintain the beat and chords has been duly presented in the song. You can download Tu Hi Meri Shab Hai(तू ही मेरी शब है) from the Saregama Carvaan website.