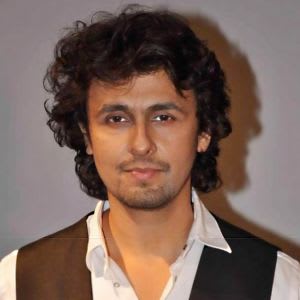 The sweetest of the songs has always come in Sonu Nigam's soothing voice. One cannot measure the content imparted to the mind after filling the ear with Sonu Nigam songs. It is an unparalleled experience to enjoy the melodious Bollywood blisses sung for us by Sonu. Saregama has carefully curated mellifluous Songs of Sonu for the ardent Sonu fans to download and enjoy anytime, anywhere.

Sonu Nigam is an Indian singer, music director, and actor. Although he sings predominantly in Kannada and Hindi movies, he has also sung in Gujarati, Tamil, Bengali, Telugu, Nepali, Malayalam, Tulu, and Marathi. One of the most popular playback singers in Bollywood, Sonu Nigam, has inspired many growing new singers in this industry. He has released several albums and has also won multiple awards, including a nomination for the academy awards. Listen to and download some of the best Sonu Nigam songs on your very own Sonu Nigam mp3 song collection on Saregama.

One cannot forget how Sonu walked into our hearts through his first song, "O Aasman Wale," from Aaja Meri Jaan. Since then, he has been there amidst us, standing shoulder to shoulder with the giants of all times. Saregama has curated a wide range of Sonu Nigam songs for its audience to download and enjoy Sonu Nigam mp3 songs anytime they want.

While speaking of Sonu Nigam ke gane, it is impossible to overlook his musical inheritance. His father, Agam Kumar Nigam, and his guru Hindustani classical singer Ustad Ghulam Mustafa Khan forged him through their musical influence on his talents.

It would be challenging to sort out Bollywood's best songs of the 1990s and 2000s without Sonu Nigam songs. He has sung for almost all the superstars in the B-town. On top of the playlist is the chartbuster Rehnaa Hai Tere Dil Mein Song. The 2001 Indian romantic drama film starring Madhavan, Dia Mirza, and Saif Ali Khan in the lead roles. Its songs, composed by Harris Jayaraj with Sameer's lyrics, had some beautiful tunes and melodies. Listen to Rehnaa Hai Tere Dil Mein, Oh Mama Mama, and Kaise Main Kahoon Tujhse on Sonu Nigam ke gane available on Saregama.

Sonu Nigam ke gane has played a crucial role in the success of many blockbuster films. In the movie Khiladi 420, Sonu's vocal fineness is used as firepower to break boredom barriers. Romantic tracks such as Batiya Bujha Do Song in this film are cherished by the audience of all time.

Pyaar Kiya Nahin Jaata from the film with the eponymous title showcases Nigam's ability to modulate his voice in classical ragas and the new day upbeats. The song Tu Hai Ishq from the movie Fear is the epitome of romance in this playlist. Saregama has selected these, especially for you to download and enjoy Sonu Nigam mp3 songs.

If you are an ardent fan of Bollywood songs by Sonu Nigam, you should go for masterpieces like  Zindagi Is Tarah, Ishq Bhi Kya Cheez Hai Song, and other hits. These songs have some of Sonu Nigam's signatures. Each of these songs is soft and soothing. They create a very different mood for the listener. These are ideal Sonu Nigam mp3 songs to listen to during your free time. Songs of Sonu relaxes your mind and rejuvenates your senses too.

Think of romantic numbers and songs like 'Aaina Bata Kaise,' 'Masoom Chehra' and 'Yeh Tune Kya Kiyaare,' these are must-adds to your best Songs of Sonu playlist. These are all songs that reflect the love and desire of the characters in the feel very nicely through a well-sung song. When we think of duet love Sonu Nigam songs, other songs worth adding are 'Aankhein Tumhari,' 'Rabba Rabba I Love You' and 'Hum Se Rahoge.' Listen to Sonu Nigam ke gane on Saregama, savor the unique tune and voice.

Sonu Nigam ke gane, like the rich tunes of Kham Khamoshiyan Gungunane Lagi, a lovely piece from One Two Ka Four, an Indian action comedy-drama movie starring Shahrukh Khan, Juhi Chawla, Jackie Shroff, and Nirmal Pandey. Sung by Sonu Nigam and Lata Mangeshkar and composed by A R Rahman, the beautiful tune is a must-hear among Sonu Nigam's hits songs. The song is available to download on your very own Sonu Nigam mp3 songs list on Saregama.

Sonu Nigam holds a prime spot in the minds of so many listeners. His songs enthral them and captivate them. This playlist takes the listener away from their worries and helps them lose themselves in the music. Be sure to download your favourite picks from the Songs of Sonu playlist available on Saregama.

Log on to Saregama and listen to some fantastic tracks in Sonu Nigam mp3 songs, available on Saregama, featuring the incredible voice of Bollywood's very own Sonu Nigam. Dance to the tunes of all the Songs of Sonu from many Indian movies like One Two Ka Four, Refugee, Rehnaa Hai Terre Dil Mein, Murder, L.O.C. Kargil, Kurukshetra, Aa Ab Laut Chalen, Khiladi 420, Aur Pyar Ho Gaya, Stop, Tumsa Nahin Dekha, A Love Story, Mohabbat, and Millenium Devotional. Get a hold of all the beautiful songs from these memorable movies by downloading Sonu Nigam mp3 songs at Saregama.

Soothing every ear that listens, Songs of Sonu entertain the audience beyond barriers of age and linguistics. From the golden 90s to the modern 20s, Sonu continues to woo us with music. One cannot neglect this musical magnificence that makes the world brighter and better. Saregama is privileged to curate the wonderful melodies of Sonu for all of his fans.

So don't forget to explore Songs of Sonu in Saregama. You'll fall in

love with the playlist of Sonu Nigam mp3 songs. As mentioned earlier, the best part about