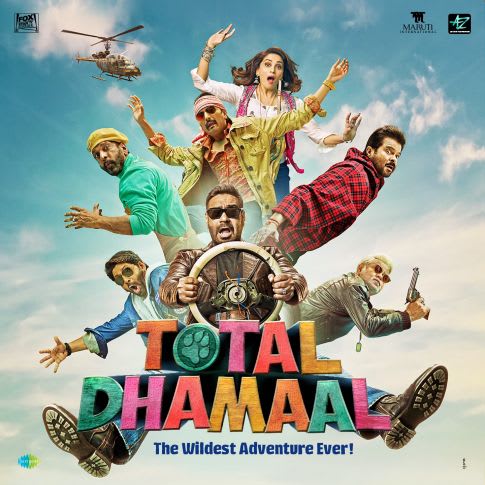 We Are The One

The mungda song (मुंगडा मुंगडा) of Total Dhamaal (2019) is the remodified version of its old form in the movie Inkaar that was released in 1977.

Jyotica Tangri, Shaan, and Subhro have lent their magical voices to the former. The newer version of the mungda song has a slight variation in the mungda song lyrics in comparison to the yesteryear one and is written by Kunwar Juneja and Gourov Dasgupta.

Total Dhamaal is an adventure comedy movie based on the storyline of a Hollywood film (It’s a Mad, Mad, Mad, Mad World) that released in 1963. Days before its release, movie buffs were curious about the context of the mungda song in it. Their objective behind it was to find out how the song would correspond to the movie.

In the movie, the mungda song comes up as the item number featuring Sonakshi Sinha and Ajay Devgan. The music and mungda song lyrics given by Gourov-Roshin are such that it incites even a novice to dance to its tune. Despite not having any direct connection, the mungda song is still a valuable addition to the movie. It is all about fun, nothing else.

Speaking of the mungda song lyrics, it has a combination of English and Hindi. There are only four English lines in the middle of the song. Apart from contributing to the theme of the song, these lines also mark a distinction between the old and new songs.

In the mungda song lyrics, the singer, who is a woman, compares herself with a piece of jaggery and her counterpart from the opposite gender with a big ant. In the song, the singer confesses her love and tries to draw his attention. She asks him to hurry up if he wants her or else she would go away.

The mungda song lyrics also draw a comparison between alcoholic addiction and the addiction to the charm of the singer. They indicate that the latter is more addictive than the former. The mungda song ends with the repetition of the opening lines.

The mungda song mungda song lyrics is a good choice for any party or event involving those who have a liking for dancing. It can make a positive contribution to the atmosphere of any party and engage its participants.

If you wish to rejuvenate your mood, you might want to download mungda song mp3. This way, you can listen to it whenever you feel the need to do it. Alternatively, you can also listen to mungda online. To do so, you need an active internet connection at an acceptable speed. This way, you can stream the mp3 version of the song without any interruption.

Whether you wish to listen to mungda online or download mungda song mp3, you can do so on this Saregama. The advantage of doing it is that you can run your eye on the lyrics of the mungda song while playing it. The website has both in one place for your convenience.