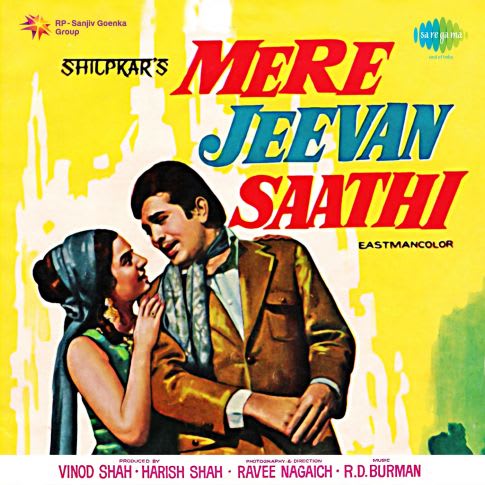 Add an Appeal to your Romantic Date with Legendary Romantic Songs

Romance encompasses a lot of emotions. Emotions intensify the deepest affection of belonging and turns out more fascinating when expressed with the right song. O Mere Dil Ke Chain song(ओ मेरे दिल के चैन) is something that expresses romance to a different magnitude. Go through the Saregama website for this romantic number and lose yourself in the timeless melody that still remains etched deep in listeners? heart.

It always seems like nearly every romantic song, in some way, is about you?but there are only a few that get it right and hit that exact note in our heart. Whether it is about pure devotion or just a fling, longtime silent romance, or love at first sight, this song conveys it all and says it best.

Romance in the air

Kishore Kumar has sung numerous love songs, and still, his melodies are as fresh and mesmerising as before. Identities of love songs might have changed from time to time, but from decades love is all about showing how much they mean to you. When you listen to the O Mere Dil Ke Chain song(ओ मेरे दिल के चैन), you will find it the perfect song for that big surprise that you're planning or just showing that person what they mean to you. Surf the Saregama site and download O Mere Dil Ke Chain(ओ मेरे दिल के चैन) Kishore Kumar mp3 that perfect evening you have planned.

So why wait to surprise your loved ones and get ready to sing-along and dance, holding a hand to the track of O Mere Dil Ke Chain(ओ मेरे दिल के चैन) Kishore Kumar mp3 that your soulmate will be in love with.

" O Mere Dil Ke Chain Lyrics " is the part of the love bible for all the love-struck souls, then indeed has been the essential love anthem for lovers in the '70s. People admire this song and love to be lost in the O Mere Dil Ke Chain Lyrics. Lovely moments are generated where Kishore da love taunts his beloved in the mukhda of the song and lovingly requests her to make a lifelong promise of togetherness in the antra of this song. This song is listened to especially to relive all those romantic memories for the lovers and even work as hopes for the new love birds.

Download O Mere Dil Ke Chain(ओ मेरे दिल के चैन) Kishore Kumar to your Carvaan to express the way your love can dissolve any stress. It doesn't matter how big the issue is. This track will quietly attest your love to her heart. "O Mere Dil Ke Chain song(ओ मेरे दिल के चैन)" has a musical note of telling the condition of one's heart influentially and pushing forward the emotions effortlessly. It has a perfect balance of soft plea for a lover to stay and satisfy his pride by considering his love for the world. The lyrics of the song is written with the beautiful concept of a young man who is eternally expressing his love, at the same time delicately and gently reassuring his lover how much this is important for him.

Bollywood has always been famous for various reasons, but the theme of romance and the romantic song has always been the soul of Bollywood. Romance and romantic songs have been the main features of most Bollywood movies. 70s music was termed as the most melodious era, and without any doubt, it took romanticism in Bollywood to a different level. The O Mere Dil Ke Chain Mp3(ओ मेरे दिल के चैन) evokes emotions and naughtiness at the same time.

"O Mere Dil Ke Chain song(ओ मेरे दिल के चैन)" is one of those special songs that reminds you of a college love story and continuously cherishes you about those mushy feelings which you cannot stop thinking about. This song was one of the biggest blockbusters of the '70s. A slow romantic song with Soul Soothing music has always been the heart of Bollywood romance, and " O Mere Dil Ke Chain Lyrics "has every element that fills a heart with love. It is a classic that had made a lot of lovers express their emotions so easily and might make their experience even more special when they had played it for their partners. To experience the same romance, download O Mere Dil Ke Chain mp3(ओ मेरे दिल के चैन) from saregama.

We talk about singers, and then there is Kishore da, he used to put his heart into emerging soulful music. The romantic songs of Kishore da have created magic in the name of music. It is unbelievable that an unschooled singer who had no classical training and was not entertained by any of the top music composers of those days, and Yet the purity of his voice worked wonders.

His voice was refreshing and so young-at-heart that there always has been so much fun in his sons and his singing. It always left his listeners spellbound. He sang for many actors like Rajesh Khanna, Amitabh Bachchan, Dharmendra, etc. And Won many, even he had an award named on him as the National Kishore Kumar Award. He had also won 8 Filmfare Awards for the best playback singer male. The magic of his compositions has always been very sensuous. He is one of those rare gems of Indian Cinemas whose voice has always been able to create something original.