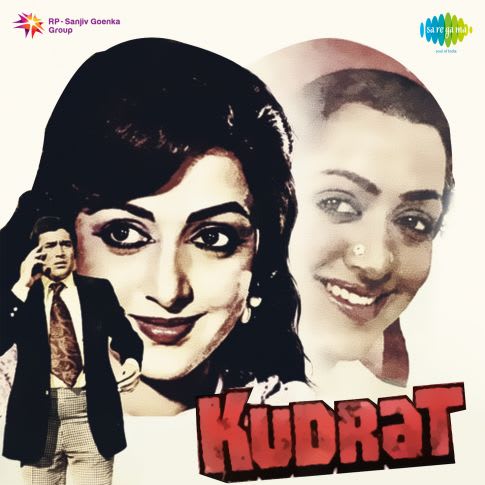 Know - How Much Love Is Really There?

Hamen Tumse Pyar Kitna, Yeh Hum Nahi Jante(हमें तुमसे प्यार कितना यह हम नहीं जानते)..It is undoubtedly an adorable song, and often teenage couples tune in to make the opposite partner feel impressed. This is a famous Hindi song from the movie Kudrat in 1981, and it was sung by the well-known, celebrated singer ? Kishor Kumar.

The story behind
Hamen Tumse Pyar Kitna Song(हमें तुमसे प्यार कितना) is all about separation, where the character starts singing after losing his sweetheart. In the movie, it is portrayed that Rajesh Khanna (Mohan Kapoor) is singing the song for Hema Malini (Chandramukhi) and wondering how long he has to stay in agony, living without Chandramukhi. The song expresses that the character is unable to quantify the amount of love. However, it is clearly known that he can't live without her.

Hamen Tumse Pyar Kitna mp3(हमें तुमसे प्यार कितना) is one of the iconic songs of the '80s, and still to this day, new versions and remixes are released to set the stage on fire. However, no new versions can match the value or quality of those evergreen numbers sung by Kishore Kumar. The film Kudrat's music was composed by another gem from the Golden Era of Indian movies. He was none other than R.D. Burman. Qateel Shifai and Majrooh Sultanpuri wrote the lyrics of the song. Download Hamen Tumse Pyar Kitna(हमें तुमसे प्यार कितना) from the renowned online music stores on the Internet, or you can also consider buying Saregama Carvaan to witness the sweetness of the song on a regular basis.

The classical bliss
No matter how unique the new versions are, the original version remains classic and pleasing. In the movie Kudrat, the song was portrayed through excellent cinematography where Hema Malini (Chandramukhi) appeared to be an apparition with double exposure. Hamen Tumse Pyar Kitna Song is an incredible number even today due to the embossed remembrance of the music, location and lighting composed by R.D. Burman.

Understanding the song
A secret lies within the song, and that is 'Uthate'. Listeners have different perspectives when they come across this particular word. Hamen Tumse Pyar Kitna mp3 has numerous perspectives as the word 'Uthate' means:?
Soona or isolation caused due to separation.?
Judai or separation, which is quite evident in the song?
Gham or Sorrow that is experienced after separation?
Jagrat or awakening people as it is addressed to "log.

"The word 'Uthate' is also meant to lift away or lift as ? Soona, Gham Judai ka Uthate hai log. Therefore, it means people can curb away or lift away the Sorrow of separation; so, the ultimate meaning is, people can get over this agony. However, some listeners state that it means to endure as people can take Sorrow.

Zindagi Kaise Beetatein Hai Log ? Download Hamen Tumse Pyar Kitna(हमें तुमसे प्यार कितना) and try to discern the meaning of the song. This line in the song is undoubtedly too painful as the character is wondering how people can go through unfortunate situations after losing their loved ones. Indeed, it is a fact and needs deep thought to overcome the struggle.

The Humein Tumse Pyaar Kitna Lyrics state ? Din Bhi Yahan To Lage Baras Ke Samaa, and it means that even a single day appears like a year (Samaa). Every day is becoming unbearable, and the character has no idea how long the period will exist without his beloved. Humein Tumse Pyaar Kitna Lyrics has a beautiful word, which is Jatan. It portrays how to make an effort so that one can overcome the struggle of life. The secondary meaning of this word is to strive and achieve any specific goal (getting back his beloved). Kya Kya Jatan Karte Hai means the character is making lots of efforts and Intezaar (waiting) for days to achieve her back.

Blast from the past
Living among the ultra-modern generation, music enthusiasts who would love to witness the adorable melodious songs of the 70s, 80s and 90s have the option of Saregama Carvaan as it comes with preloaded music tracks. It was launched in 2017, and the hi-tech digital speaker is a much-awaited addition after iPods and mp3 players. You can also download Humein Tumse Pyaar Kitna Song mp3(हमें तुमसे प्यार कितना) from the online music stores on the Internet. Apart from Bollywood music, Carvaan is a portable music player packed with the punch of various genres from the musical orb. People have widely accepted the essence of Saregama Carvaan due to the availability of multiple tracks and regional songs offered through the device.