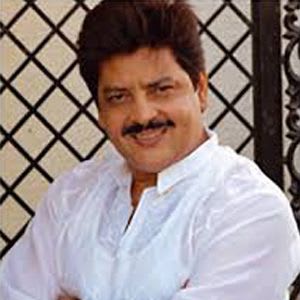 Udit Narayan Jha known as Udit Narayan, is a Nepalese playback singer. Whose songs have been featured mainly in Nepali and Hindi movies. Udit Narayan has sung m... Read More

How about starting the list of top Udit Narayan hit songs with a song that have stolen millions of heart across the globe? Who can forget the stunning and captivating voice of "Pehla Nasha Song" from Jo Jeeta Wohi Sikandar? Sung by Sadhana Sargam and Udit Narayan, this song is a perfect classic to depict the magic of first love. This iconic Bollywood love song still remains one of the most adored love songs, with both Sadhana and Udit literally pouring their hearts out. Could love ever be more beautiful, subtle, and pure? It's difficult to answer as this song wins every heart hands down with its simplicity and innocence!

The passionate and love-filled voice of Udit Narayan reflects the happiness and craziness of the character of Aamir Khan onscreen. The melodious and innocent voice of Sadhana Sargam perfectly fits the character of Ayesha Julka. Undoubtedly, "Pehla Nasha" is one of the most romantic Bollywood songs and an absolute must-have for every Udit Narayan superhit song lover. It also happens to the favourite songs of Udit Naryan, who won the 'Best Male Playback Award' at the 38th Filmfare Awards for this song in 1993.

If you are a fan of Udit Narayan's fan, you just cannot miss out on "Ho Gaya Hai Tujhko To Pyar Sajna Song" from Dilwale Dulhania Le Jayenge. Sung by 'The Nightingale of India' Lata Mangeshkar and Udit Narayan, this Udit Narayan hit song MP3 truly defines the love chemistry between Raj and Simran. Udit brilliantly conveys the magic of true love with this song that still lives long in the hearts and memories of Udit Narayan Hindi hit song fans.

A heartfelt track such as "Agar Tum Mil Jao" from Zeher deserves mention while compiling a list of the best Udit Narayan Hindi hit songs. With music from Anu Malik and Roop Kumar Rathod, this song is all about a soulful touch to reminisce the musical era of the 1990s. This Udit Narayan superhit song's message revolves around how love can overwhelm people when they least expect it.

"Ruk Ja O Dil Deewane Song" from Dilwale Dulhania Le Jayenge is an absolute treat for every loving heart. Sung by Udit Narayan, this song is a complete reflection of how the magic of love can sweep people like a breeze. The Udit Narayan hit song MP3 is amazingly catchy and is all about Shahrukh's immature and flirtatious character while bragging about his piano skills only to be challenged by Kajol to play the piano. Shahrukh fails miserably, much to the amusement of Kajol, but within a few seconds, Shahrukh starts playing a beautiful melody on the piano to the delight of everyone. This Udit Narayan Hindi hit song demonstrates the fun-loving, naive side of the movie's lead male character falling in love with Kajol and sweeping her heart with his boyish charm.

"Mehndi Laga Ke Rakhna Song" from Dilwale Dulhania Le Jayenge is almost a must-have in every Indian wedding even today. Sung by Lata Mangeshkar and Udit Narayan, this quintessential mehndi song is a full-out love and dance number. What a fun wedding number! The song became an instant rage and captured the attention and hearts of many brides. It is hard to believe that this song is more than 20 years old.