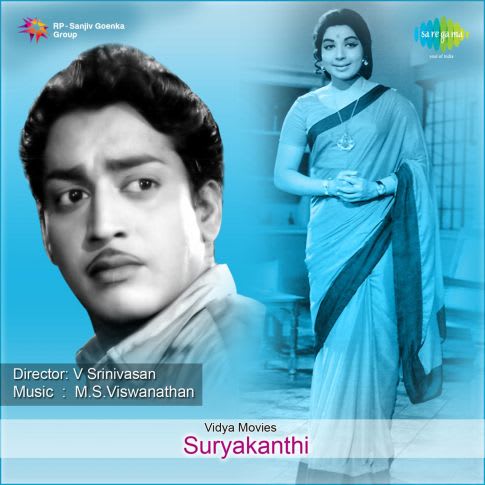 The paramasivan kazutthil song is a track from the movie Suryakanthi. Sung by T.M. Souderajan, it is a devotional song based on the poetic work of one of the prominent Tamil poets by the name of Kannadasan.

The whole is replete with philosophical meaning in the figurative sense. That is to say, the lyrics of the song give a general meaning as well as a deeper meaning of several aspects with a touch of wisdom.

Paramasivan kazutthil lyrics can be divided into four parts. In the opening lines, a serpent “from the neck of Lord Shiva” asks Garuda (the Eagle) if it is fine. It is more of a mockery on the part of the snake than a normal question. Being lodged around the neck of Lord Shiva, the serpent asks the question to the eagle from a position of comfort and safety.

The eagle, on the other hand, gives an apt reply to the snake. Through its statements, it means to say that everything remains fine as long as everyone remains in their rightful positions. This statement by the eagle in the paramasivan kazutthil song appears to be more meaningful when taken in the figurative sense. There is a hidden meaning in it that goes deeper than what appears on the surface.

The next part of paramasivan kazutthil lyrics describes how a man with self-respect should behave. An individual must refrain from entering the gate of those who do not respect him. A poet by the name of Avvayar has asked men of self-respect to follow this rule. There is a hidden meaning in it that goes deeper than what appears on the surface.

Then comes the third part of paramasivan kazutthil lyrics with the comparison between the sizes of two wheels of a vehicle and the limits of a man's relationship. The two wheels that drive a vehicle must be of the same size. The vehicle wouldn’t run if one of its wheels is of a smaller size. The same holds true about the relationship between rich and poor people; a relationship involving individuals of higher and lower statuses leads to humiliation. Even this message has a deeper meaning than what appears on the surface.

Thereafter, the paramasivan kazutthil song ends on a conversational note. Referring to the other person, the singer says that both of them lived in the same way as the moon and the sky. However, the singer eroded while the other one grew with time. When the thoughts from one’s heart tease oneself, it becomes difficult to be in peace. Again, there is a deeper meaning to it than what appears on the surface.

If you wish to feel the music of this meaningful song with touchy lines, you might want to download paramasivan kazutthil song mp3.

So, listen to the online preview of the song and add it to your cart in your preferred format now!