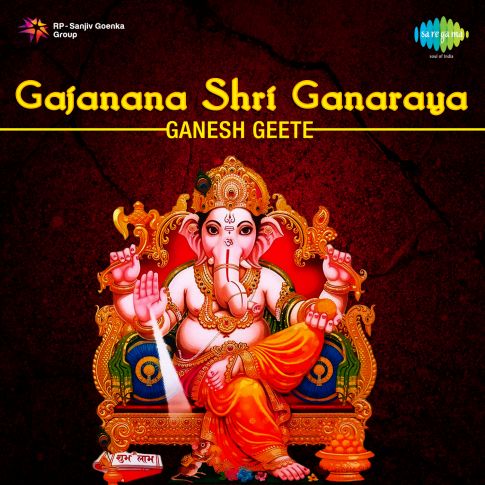 Bow Your Head With Devotion With The Sukhkarta Dukhharta Song

The Sukhkarta Dukhaharta Aarti is the aarti for the divine Lord Ganesha; he is Lord Shiva and Parvati's son. Lord Ganesha, with his magnificent trunk, is the God of good luck and wisdom. Before doing anything auspicious of taking a further step in life, they say that it is lucky to pray to Lord Ganesha before anyone else. Even while praying to other God's, we first pray to Lord Ganesha and then begin with the prayer to other Gods.

Sukhkarta Dukhaharta Aarti is sung to describe the holy almighty Lord Ganesha according to the Sukh Karta Dukh Harta Lyrics. The song describes his looks and also his nature as a God. Sukh Karta Dukh Harta Lyrics tell us that the almighty divine God Ganesha gives us joy and takes all our sorrows away, who clears all the barricades or obstacles from our life. He also gives happiness to everyone in the form of blessings. He is most beautiful amongst the others with his "shendur utna", which means an orange-yellow paste spread all over his body and with the pearl laying in his neck. With only bowing down to him and taking his blessing, we feel so good, and all our wishes are fulfilled.

Sukh Karta Dukh Harta Lyrics also tells you that Lord Ganesha, also known as "Son of Gauri", is offered the seat studded with jewels. The Diamond-studded crown also suits him so well, and the Kumkum and Chandan paste that is applied to his head makes him look divine.

Sukhkarta Dukhharta Varta Vighnachi tells us about Ganesha's large stomach and yellow dhoti, and straight trunk. He is called Vakratunda, which means he can break people's ego very easily. Lord Ganesha is called Trinayana too, which means the son of Three-eyed Lord Shiva is so magnificent and divine that no one can take their eyes off him. It also says that your Das, which means your helper is waiting for you in his house. Please, when the bad times come, protect us from them and the evil continually.

Sukhkarta Dukhharta Varta Vighnachi is sung during the aarti of Lord Ganesh for welcoming them to our homes during the Ganesh festival.

The origin of the song goes way back to the 1600s. But this masterpiece has been composed by Surendra Akolkar. He has given excellent music to this aarti. The kind of music that when it plays, we can't help but sing along. Apart from Sukh Karta Dukh Harta Song, Surendra Akolkar has composed a lot of other devotional songs like Bappa Moriyaa re, He Dayanidhe Anantha, Karyambhi Tula and more.

S Sukhkarta Dukhharta Varta Vighnachi is sung by many legendary Marathi artists. Anuradha Marathe is one such Marathi playback singer who was a part of this fantastic aarti. She lent her unique vocals for this song and made it even more beautiful. She has been a playback singer for a few Marathi movies and has also sung some amazing devotional songs that take us on a holy trip to the lord. Another soulful voice lent for the Sukhkarta Dukhaharta Aarti is of singer Dhanashri.

Lord Ganesha is called so many names like Vignaharta, ekdanta, Gajaanand, Chaturbhuj, Lambodara, Mrityunjaya, Omkara, Ganraya and alot more. He also, like his father Lord Shiva, has 108 names that he is called by. All of them symbolise his strength and his qualities in different ways.

A very popular story that is known by all is how Ganesha got an elephant head. There are many other stories of Ganesha that are popular and said to teach kids some of the other good things.

Ganesha is said to be prayed to first on every auspicious occasion or function in a household. Hindus follow the tradition to pray to Lord Ganesha first for centuries now. This tradition started after giving Ganesha the head of an elephant when Lord Shiva said to his people that Ganesh would be prayed to first on every auspicious and good occasion or function from now on.

Ganesh festival is one of the biggest celebrated festivals in India, especially in Maharashtra. People bring home idols of Ganesha for 2, 5 or 10 days and celebrate this festival.

A song made for everyone