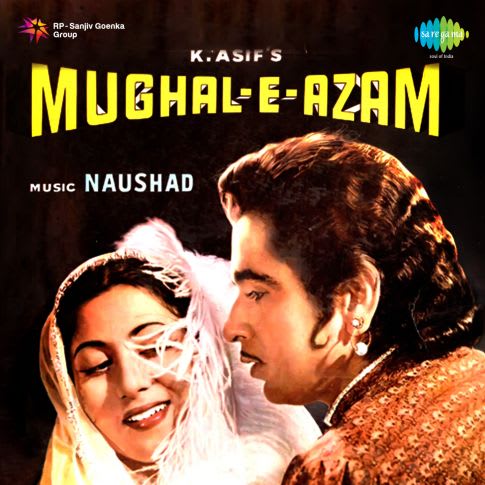 Close To My Heart Jagjit Singh

Relive The Most Iconic Bollywood Song Ever, Pyar Kiya To Darna Kya On Saregama!

Music is the eternal language of love. It conveys emotions that no other way can. And when the right kind of music is added to words so magical, the whole composition becomes surreal. Today we bring you one such song. The song that we have today is Pyar Kiya To Darna Kya from the iconic classic romantic movie Mughal-E-Azam. The film, however, needs no introduction. It has been the poster of the Indian Bollywood Industry for decades and more. And even now, the kind of impression this movie leaves on its audience is incomparable. So download Pyar Kiya To Darna Kya and get a glimpse of what a marvel this movie has been.

The movie was released in 1960. It is amazing that when you look at its IMDB rating, it is 8.2%, far more than what contemporary movies get. That itself speaks for the film. Dialogues so appropriate and unbeaten, beautiful screenplay and the acting by legends like Prithviraj Kapoor as Emperor Akbar, Dilip Kumar as Prince Saleem and the ever so charming epitome of beauty, Madhubala as Anarkali; makes this movie nothing short of an epic. The supporting cast included Durga Khote, Nighar Sultana and Johnny Walker. Everyone was just perfect, and one cannot imagine the movie being made any differently. The film was directed by K. Asif and produced by Shapoorji Pallonji. The music for the album is composed by Naushad, and the lyricist is Shakeel Badayuni. Download songs from the movie and relive the epic saga.

We are focused on that one particular song from the album of ‘Mughal-E-Azam’, which made its own history for its majestic picturisation, fantastic music, and excellent lyrics. The Pyar Kiya To Darna Kya song from the album is nothing short of magic. The Pyar Kiya To Darna Kya song is a grand declaration of love from Anarkali to Salim. It is also a powerful message from her to the Mughal King Akbar that love is unbeatable and it conquers every hurdle thrown at it. The song mp3 is story-telling in the best way possible. The words by Shakeel Badayuni are legendary and express the agony of lovelorn Anarkali. Download Pyar Kiya To Darna Kya song and dive into the beauty of Indian classical music and Urdu lyrics.

The Pyar Kiya To Darna Kya song is special in more than one way. When you look at its grandeur, the sets used for the song were giant, and the infrastructure was way ahead of its time. The finesse with which Lahore Fort was recreated was awe-inspiring. The video of Pyar Kiya To Darna Kya is picturesque and pleasing to the eyes. Download the songs mp3 from Saregama and enjoy this love-filled classic melody.

Ever since the movie was re-released in colour in 2004, rage for the film and Pyar Kiya To Darna Kya song increased manifold. The coloured version was liked by the millennials as well. And why not! The song, Pyar Kiya To Darna Kya, is complete. Perfect narration, perfect production and more than ideal picturisation. The presence of Madhubala as Anarkali in the courtroom is so powerful; she owned the song completely. Moreover, the use of classical Indian instruments makes Pyar Kiya To Darna Kya a wonderful preview of our rich culture and heritage.

The Pyar Kiya To Darna Kya song will take you to the Mughal era with its magnificence and the portrayal of India during the Mughal rule. So download the song mp3 and find yourself marvelling at the beauty of our wonderful and rich culture.

Pyar Kiya To Darna Kya is a splendid tale of love. The movie ‘Mughal-E-Azam’ is immortalised through its songs, and this one tops the list.

The movie ‘Mughal-E-Azam’ is a pure work of art that defined the Indian cinematic experience for the audience. And the song mp3 is just an extension of the sheer brilliance of the movie. Download the song Pyar Kiya To Darna Kya and take that journey to the era of Anarkali and Salim, to their incomplete yet massive love story, join their rebellion and celebrate their love. Pyar Kiya To Darna Kya song is a milestone that everyone should be introduced to. We, at Saregama, do not want our lovely listeners to miss this epic saga of love, and that is why we have curated songs and albums all in one place so that you can get what you want with just a click. So, visit the Saregama website and let yourself dive into this deep ocean of music that is a culmination of sounds from every corner of the world and every genre there is.