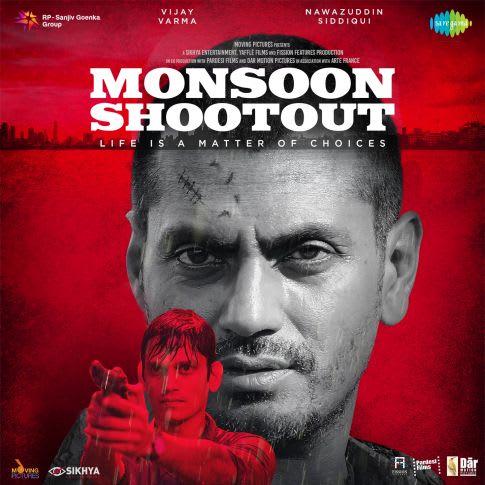 A good song is like therapy. It can instantly uplift your mood and make everything around you better. We know how essential role songs play, especially when we live a life busier than ever. Keeping that in mind, we bring to you today a track that is soulful, melodious, and so full of love that you will keep listening to it on the loop! The romantic track that we are talking about today is the Pal song(पल).

The Pal song(पल) is from the action-thriller movie ‘Monsoon Shootout’ which came out in the year 2013. The film featured some stellar actors like Nawazuddin Siddiqui, Neeraj Kabi, Vijay Sharma, Tannishtha Chatterjee and many more. The plot of this movie is pretty intriguing, and the presence of such phenomenal actors makes the film a must-watch. The soundtrack of this movie has some fantastic songs; the most liked being the Pal song(पल). The Pal mp3(पल) is directed by Rochak Kohli, who is one of the most famous, up and coming millennial music directors. Download Pal(पल), and you can witness his talent. The Pal Song(पल) Lyrics, and other songs for this album are written by many new age lyricists like Sumant Vadhera, Kartik Krishnan, Deepak Ramola, Chinmay Harshe and others. The Pal Song Lyrics is by Sumant Vadhera. And Arijit Singh did absolute justice to the soulful words of the Pal song(पल). Arijit Singh’s husky voice has given life to the Pal mp3(पल), and once you download Pal(पल), you will know that you were missing out on such a good romantic song.

Though the movie did not garner the attention it deserved, the album was a hit among the lovers of soulful and melodic music; in fact, the lyricist who wrote Pal Song Lyrics, Sumant Vadhera, was nominated for ‘upcoming lyricist’ in the Mirchi Awards for the year 2017. The trio of Rochak Kohli, Sumat Vadhera and Arijit Singh, who came together for the first time, created such magic in Pal mp3(पल) that you can only experience once you download Pal(पल).

The song is pretty relatable to people who are in love but do not get enough time to nurture and cherish it. The Pal Lyrics “Matmaile Paaniyon mein Aks tera dikhta hai Baarish ki boonda-boondi mein Panney Dhundhle Likhta hai…” are so beautiful and imaginative. And when you listen to the song in the voice of Arijit Singh, we do not think words can do justice to what it feels like. Download Pal(पल) and dive into the ocean of melodies. We are sure that you are not going to love the Pal song(पल).

The album of the movie has many other songs too, and equally melodious as the Pal song(पल). You can head to the Saregama website and see the entire album when you Download Pal(पल). The album is a work by many music directors. That is why the album of Monsoon Shootout is pretty diversified. The noteworthy thing about the album of this movie is that it features all the new lyricists and music directors who did not shy away from experimenting and gave a fresh perspective to music in Bollywood. Like Viveick Rajagopalan and Mayur Narvekar gave music to a song titled ‘Andheri Raat Song’, Chinmay Harshe for ‘Miss You Balma’. He also wrote the song. Vikram-Chetan for ‘Faisley’ and ‘Maachis ki Teeli’. Visit Saregama and download Pal(पल) along with other songs of this fantastic album from Monsoon Shootout.

Not just the director and the lyricists, but the album has a great range of singers, too, from Arijit Singh’s soulful voice to Rochak Kohli himself. Neha Bhasin is another excellent talent featured in this album of Monsoon Shootout. Other singers featured in the album are Monali Thakur, Akriti Kakkar, Gautam Chatterjee, Bhavya Pandit, Chetan Rao, Mandar Deshpande, Fiona D’Monty, Neeraj Sharma and many others. As mentioned, this album is assorted, which makes it pretty special and must listen to—download Pal(पल) and other songs from the album at Saregama.

The Pal mp3(पल) is like a breath of fresh air. Download Pal(पल) and fill your days with love.

Saregama knows the impact of a good song in everyday life. How relaxing and calming it can be. That is why we pick the most unique, exciting and beautiful melodies for you to discover and listen to. The Pal Lyrics is one of them. This and thousands of other songs you see when you visit the Saregama website are handpicked by people who understand what the nation wants when it comes to music. So without any wait, visit Saregama and indulge yourself in some musical treat. Download Pal(पल) and upgrade your playlist with many such soulful romantic melodies. And let us know how much you liked the Pal song(पल) because we sure loved every beat and tunes of the Pal song(पल). Plugin and have a musical day!