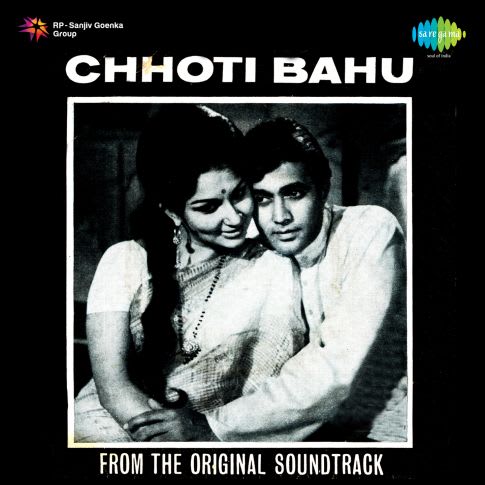 Aap To Aise Na The

Chhoti Bahu is one of the few films where India found its female superstar in the Protagonist Sharmila Tagore. Chhoti Bahu is a drama about family and motherhood, where a young woman who suffers from epileptic fits every time she is separated from her favourite doll which she treats like her child. This attachment to her doll can be later seen in her relationship with Gopi. O Maa Meri Maa song(ओ माँ मेरी माँ) is the apt portrayal of their mother-son relationship where each one is longing for one another. If you’re confused about where to find the song, download O Maa Meri Maa(ओ माँ मेरी माँ), or O Maa Meri Maa(ओ माँ मेरी माँ) on Saregama Carvaan now.

The song tries to depict the physical and emotional bond of a mother and child. In the O Maa Meri Maa song(ओ माँ मेरी माँ) the child longs to get a glimpse of his mother and is requesting her to come in front of him. The pure and innocent face of the child reminds one of their childhood where we used to panic on not finding our mother.  Mother-child relationships have always been special wherein most of the mothers in the world try to acknowledge their child feelings and give them reassurance whenever necessary. If you are away from your mother, listen to the O Maa Meri Maa song(ओ माँ मेरी माँ), O Maa Meri Maa mp3(ओ माँ मेरी माँ) which is easily available on the Saregama website.

The O Maa Meri Maa song(ओ माँ मेरी माँ)  is part of the movie Chhoti Bahu which has beautifully shown that to be a mother you don't have to be a birth mother. This special bond can be created through love and affection and acknowledgment that every child longs for. In the movie, Radha who is suffering from epilepsy cares for Gopi as his mother. Even Gopi who is the birth son of Sita grows up thinking that Radha is his real mother. They live in a happy, protected world until Gopi’s aunt Paro comes to stay at their home. Paro starts creating an environment of mistrust and confusion between Sita and Radha. Moreover, she tells Gopi that Radha will lose her eyesight if he sees her face. Innocent Gopi believes she starts maintaining distance from Radha.

He longs for Radha but cannot see her and he narrates his pain of not being able to see his mother in the O Maa Meri Maa song(ओ माँ मेरी माँ). To understand the pain which Gopi suffered, download O Maa Meri Maa(ओ माँ मेरी माँ) on Saregama Carvaan now, the heartfelt lyrics are sure to make anyone cry. He says how everything seems mundane and dead to him. Meanwhile Radha’s health starts to deteriorate and she misses Gopi badly. Eventually the family comes to know about Gopi’s secret and rebukes Paro for creating such mistrust and problems in the family. At the end Sita reconciles with Radha and the family starts living together. This movie went to become a great example of joint family tradition in India. People liked the idea of portrayal and the mother-son bond created on the screen wooed their hearts.

Lata Mangeshkar is one most popular and versatile singer of India. The versatility of her voice makes every song enjoyable. She has songs in various genres and languages and lent her voice for  O Maa  Meri Maa song(ओ माँ मेरी माँ) and Tu Kitni Pyaari Hai are one of the most hit songs of the movie. Lata Mangeshkar is often referred to as “Goddess of Singing.” You can listen to all her songs and each of her songs is going to sound equally serene.

Role of Radha is played by Sharmila Tagore who was struggler in those days. Chhoti Bahu made her a household name. She was evoked as a great actor through her portrayal of epilepsy patient, foster mother and an ailing mother. The character of Radha is truly a matter of human study O Maa Meri Maa song(ओ माँ मेरी माँ) was dedicated to her character Radha. The role of Madhu Radha’s husband Rajesh Khanna who is one of the most famous actor of Hindi Film Industry.

If you are away from your mother and want to tell her that you miss her, download and send her O Maa Meri Maa song(ओ माँ मेरी माँ) to your mother right away. The tune and melody of the song will remind you of good times that you have spent together and will definitely make you call each other to share those past moments with each other.