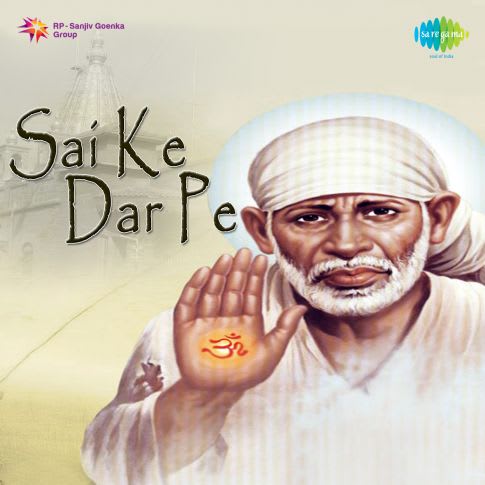 Sai Baba, who is popularly referred to as Shirdi wale Sai Baba, firmly believed that all faiths of this world lead to one God by coining the phrase "Sabka Maalik Ek." Over decades, devotees of Shridi Sai Baba from diverse faiths have inspired fellow devotees by coming up with timeless qawwalis and bhajans. One of these timeless bhajans is "Mere Sai Baba"(मेरे साई बाबा) from the album Sai Ke Dar Pe, and you can download Mere Sai Baba(मेरे साई बाबा) at the Saregama website or by simply downloading the Saregama app.

Shridi Sai Baba is known to the world as an Indian spiritual master who is regarded as a manifestation of Sri Dattaguru or Dattatreya. Sai Baba is considered a saint and a fakir who criticised "love towards perishable things" and preached the importance of "realisation of the self". Sai Baba also criticised the distinction between human beings based on caste and religion, and his teaching blended the elements of Islam and Hinduism. Shridi Sai Baba gave the Hindu name Dwarakamayi to the mosque in which he lived and practised the rituals of both Hinduism and Islam. The Hindu saint Anandanath of Yewala declared Sai Baba as a "spiritual diamond" during his lifetime. Sai was bestowed with the title of Jagad guru by Sri Beedkar Maharaj in 1873.

The Mere Sai Baba song(मेरे साई बाबा) is sung by S.P. Balasubrahmanyam. It has music by Subhas Burman and lyrics by Naadan talks about that we all should devote ourselves before the Almighty without expecting anything in return. It also teaches us that our intentions are important, and they must be pure with each thought and action.

Once you listen to the Sai Baba Song or download Sai Baba Song MP3(मेरे साई बाबा) soundtrack, you will realise that we all have to act knowing that the results of our actions and efforts are not in our control and everything is as per Baba's Will and one's Karma. This means that the only things that we should focus on and concerned about our attitude and intention.

When someone is listening to the Sai Baba Song(मेरे साई बाबा) or any other song of Sai Baba, you will realise that worldly questions tend to fade away when we genuinely surrender or are in the process of offering to Shirdi Sai Baba. This is simply because we are actually praying before Sai Baba after submitting that we understand that we don't have a will of our own as we trust whatever Sai Baba wants to give us and whatever is best for us.

The Sai Baba Song reminds us that we can walk smoothly on the path of spirituality and devotion only if we develop traits such as honesty, simplicity, and trust the command of Sai Baba while becoming completely guileless such as a child.One of the best things about the Mere Sai Baba song is that it reminds us that there is nothing apart and separate from Sai Baba, and we cannot even if we want to get separate from Sai. Moreover, Sai is everywhere and the pure consciousness and the one who cannot be contained in a form and any form. The Mere Sai Baba MP3 bhajan also tells our mind, heart, and soul that Sai is beyond our understanding and any space and time. As soon as the Mere Sai Baba MP3(मेरे साई बाबा) bhajan starts playing, you start believing that Sai gives unique and deserving attention and experience to every true devotee if the devotee has the eyes and the soul to receive it.

The Mere Sai Baba song(मेरे साई बाबा) helps us understand that Sai is available everywhere and every time whenever devotees demand, request, or expect something. Devotees and others should always remember that the path of spirituality is not a give-and-take and taken-for-granted journey. We cannot expect that all our needs, wants, expectations, and requirements to be fulfilled by Sai in return for praises, gifts, and prayers showered on Sai.

The Mere Sai Baba song(मेरे साई बाबा) also helps us realize that inner purity is what we require to materialize miracles and inner emptiness. On our part, it takes to fill the Sai consciousness, the essence of Sai, into our vessel of existence.