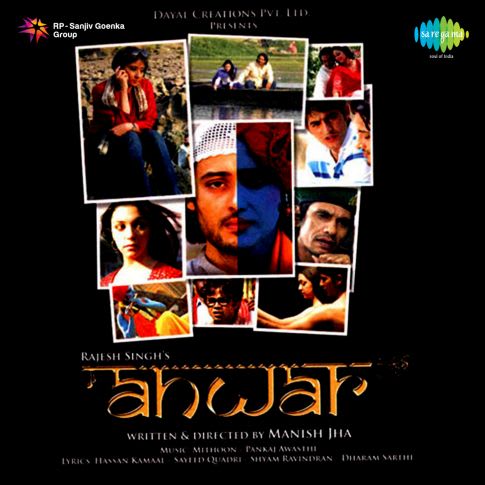 In 2013, Bollywood shattered all the former records with the album of Aashiqui 2. The film went on to become a blockbuster, and its music was ruling the charts. Two big names that finally got recognition for their work were Arijit Singh and Mithoon. These two have given their best contribution before, but their work finally got recognized with Aashiqui 2. While today, Arijit Singh is one of India's leading male playback singers, and Mithoon is one of the most sought after music composers. Let's dive back in time when Mithoon wasn't that famous but produced some of the finest tracks of Bollywood.

Mithoon had composed songs like Woh Lamhe (Zeher), Aadat (Kalyug), Bas Ek Pal title track and Tere Bin (Bas Ek Pal) sung by Atif Aslam. Within one year of his debut in Bollywood, Mithoon composed a soulful track Maula Mere Maula song, proving his versatility. This song was very different from his earlier electro-based compositions. Coming from a musician's family, Mithoon had an excellent knowledge of Indian music. He is the grandson of Pandit Ram Prasad Sharma, a mentor to many top-notch musicians today. Also, his uncle Pyarelal Ji is one of the famous music composers duo, Laxmikanth ? Pyarelal. Having such a strong base back at home helped Mithoon in the composition of the melodious Maula Mere Maula song.

Maula Mere Maula mp3 song is part of the film Anwar's music album; the song has a Sufi feel. It soothes the soul of its listeners. It is also considered as one of the best Sufi songs of Bollywood, among A.R. Rahman's popular tracks Kun Faya Kun (Rockstar), Khwaja Mere Khwaja (Jodha Akbar), and Piya Haji Ali (Fiza).

Maula Mere Maula Lyrics is sung by Roop Kumar Rathod, who has given his voice to songs in multiple languages. Being the son of Dhrupad Maestro Pandit Chaturbhuj Rathod, he has a stronghold over Ghazals. His Bollywood journey began with the song Main Tera Aashiq Hoon, composed by Laxmikanth ? Pyarelal. Coming from an Indian classical music background, Roop Kumar Rathod was the right choice to voice the famous Maula Mere Maula song.Film Anwar tells the story of love and heartbreak. It highlights stereotyping subjected by Muslims post 9/11 terrorist attacks. Siddharth Koirala and Nauheed Cyrusi are its lead actors and are seen playing Anwar and Mehru's roles, respectively.

The plot of Anwar starts with Anwar's family renting a room to a poor widow and her daughter Mehru. Being almost of the same age, Anwar develops love feelings for Mehru. The video of Maula Mere Maula song pictures his growing fondness towards her. It beautifully captures their innocence onscreen. By seeing the video, one could recollect the fond memories of their first love. Be it finding excuses to walk together or buying petty gifts like earrings, Anwar does it all to see his love Mehru happy.

One of the best shots of Maula Mere Maula song is the establishing scene. When Mehru turns around and lifts her Niqab to show her beautiful face, other women are walking forward laden in their black Burkha. The Maula Mere Maula Lyrics rightly strike "Ankhein Teri Kitni Haseen" in stretched note sung by Roop Kumar Rathod. There are many such beautiful shots captured to make you fall in love. Throughout Maula Mere Maula song, you can see the rustic essence of Lucknow at the backdrop.

It's not just the visuals; we recommend you download Maula Mere Maula song and hear the Maula Mere Maula Lyrics with closed eyes. You're surely bound to get lost in its purity and feel divine. Lyrics are penned by Sayeed Quadri. He is the Best Lyricist Award recipient at the 6th IFFA for the Bheege Honth Tere song (Murder). He has written songs for almost all movies of Emraan Hashmi. For Maula Mere Maula song, he has used the redemption of beauty and divine power. The starting lyrics have repeated chants of "Maula Mere Maula", going ahead with?

Not just the eyes, but Quadri has also elaborated on hair and talks of Mehru that has left Anwar spelt bound. Even after such lyrics, you won't feel that Maula Mere Maula song is objectifying a woman. But you're bound to feel the piousness in its lyrics.

Other than Maula Mere Maula mp3 song, film Anwar's album also features Tose Naina Lage song. Both are composed by Mithoon and are released under the Saregama label. Kshitij Tarey and Shilpa Rao sing tose Naina Lage song; it is yet another soulful track from this film's album.

Film Anwar is a romantic thriller released in 2007. It is written and directed by Manish Jha. It is said that the film is based on his experience in New York two days after the 9/11 attack. He was detained by the police and interrogated for long hours because he was presumed as a terrorist for having an unshaven beard and long hair. Film Anwar also depicts the same presumption, where a person is judged based on his religion.

The filmmaker has smartly placed two of the best mp3 songs in the starting and the ending of the film. The story begins with Maula Mere Maula song and ends with a soothingly blue Tose Naina Laage song.

Download Maula Mere Maula song on the Saregama app or listen to it on the website of Saregama. They have the best Hindi mp3 songs collection ranging from retro, classical, and newly released songs. If you are a music lover and seek uninterrupted service, you can also check the latest Saregama Carvaan 2.0. Watch the Maula Mere Maula Lyrics rovided by us and see the depth of this poetical masterpiece.