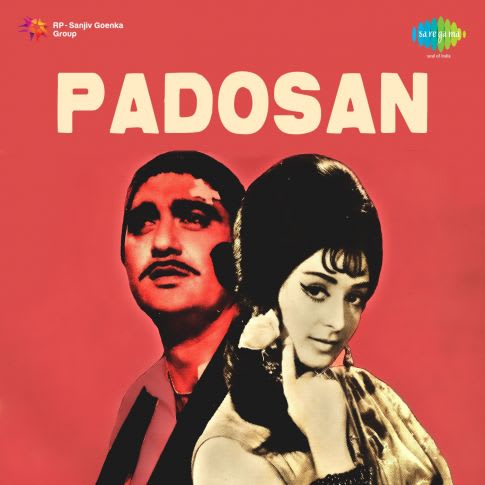 The main chali main chali song (मैं चली मैं चली ) is a popular hit music track from the movie Padosan that was released in 1968. The duo of Lata Mangeshkar and Asha Bhosle, also known as melody queens in India, have lent their voice to it. The Main Chali Main Chali Song lyrics is written by Rajendra Krishan and the music is composed by the most talented R.D. Burman.

Padosan is an evergreen movie in Bollywood starring the beautiful Saira Bano, Kishore Kumar and Sunil Dutt and is known more for its comedy and musical numbers. As far as the main chali main chali song lyrics (मैं चली मैं चली ) is concerned, it has a different swag altogether. In the movie, its setting involves a well-paved road with greenery on either side. Viewers of the film get to see a group of women singing the song while riding their bicycles on the road.

Just then, another woman from the group advises her not to venture into it as there could be a robber who could rob her. Here, robbing in the main chali main chali song lyrics refers to the stealing of heart as in falling in love. In the figurative sense, it can mean two things: either a lover stealing her heart or someone flirting with her.

Next, the protagonist gives a moving description of the sights and settings of nature in the main chali main chali song. According to her, it is next to impossible not to fall in love in such a perfect arrangement of settings. Thereafter, another female character, who also happens to be a singer, from the group tells her that falling in love is not a game. One doesn’t get to know when one falls in it.

Towards the conclusion of the main chali main chali song, it reflects the madness of love and youth. It becomes difficult to control the movement in the direction of their flow, especially for a novice. So, it is better not to venture into the alley of love.

Knowing the meaning of a song and feeling it by actually listening to it are two different things. You can do the latter if you download main chali main chali song mp3.