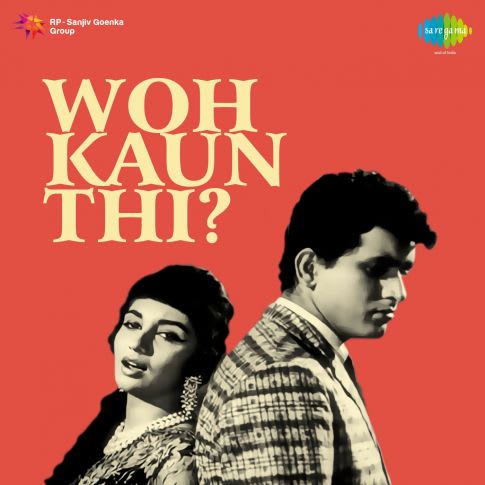 Those who love to hear Bollywood romantic songs consider the Lag Ja Gale Ke Phir song(लग जा गले) with high regard. This song has been eternally accepted as one of the most romantic songs that Bollywood has ever composed. People love to hear this song in a loop and have even used it as a proposal song to their loved ones. People love to get loved and to express their own. They prefer to present their expression most beautifully, and the Lag Ja Gale Lyrics is one of the best options they have. The song has been sung by the evergreen voice of Bollywood, Lata Mangeshkar. If you are a fan of Lata Mangeshkar's romantic song, you would love Lag Ja Gale Ke Phir mp3. If you wish to download Lag Ja Gale Ke Phir, search for the song on the Saregama website.

The Lag Ja Gale Ke Phir song belongs to the movie Woh Kaun Thi. This movie was released in 1964. This movie is considered a revelation in Bollywood movies since it was one of the first psychological thriller movies ever made in Bollywood. Raj Khosla directed the film; he also showed his skills in casting the right stars for the movie. The movie has Manoj Kumar and Sadhna at its helm, with due support from the veteran Prem Chopra. The movie's screenplay was initially written by Dhruva Chatterjee but was later rewritten with Manoj Kumar taking the initiative. The film had a gripping storyline that was thoroughly accepted by the public. The movie received the Filmfare award for its cinematography. It also got nominations for the best female lead and best music director. Although the movie belongs to the thriller genre, it reflects the romanticism portrayed in the story. The director made excellent use of sound and music to portray that mood; the Lag Ja Gale Ke Phir song is the perfect example. The song became a massive hit of that year after that release. If you are a fan of the Lag Ja Gale Ke Phir mp3, download Lag Ja Gale Ke Phir (लग जा गले).

The music of the movie Woh Kaun Thi

The movie 'Woh Kaun Thi' had several attributes to boast: the story, the star cast, the direction, and the cinematography. However, what remained evergreen to date is the music of the movie. Madan Mohan is the music director of the film. He had shown his prowess at his job in several other movies. He not only hires the right person for the right time, but he also strikes the right chord in pairing them up. Although Woh Kaun Thi is a psychological movie, he roped in singers like Lata Mangeshkar, Asha Bhonsle, Mohammad Rafi, and Mahendra Kapoor. The songs became an instant hit upon its release, with some of them becoming an evergreen composition. Some of the famous songs from that movie include Chhod Kar Tera Pyar Ka Daaman song, Jo Hamne Dastaan Apni Sunae song, Naina Barse Rimjhim Rimjhim song, Lag Jaa Gale Ke Phir song, etc. Most of the songs of the movie are solo performances of Lata Mangeshkar. Of these songs, the most widely accepted one is the Lag Jaa Gale Ke Phir mp3. People have made this song an essential inclusion in their list of romantic songs; if you want to do the same, download Lag Ja Gale Ke Phir from the Saregama website.

The Lag Ja Gale Ke Phir mp3 is a masterpiece composed by the famed music director Madan Mohan. He considered Lata Mangeshkar to deliver a solo performance for this romantic song. Although the song features both Manoj Kumar and Sadhna, Lata Mangeshkar sang the song in Sadhna's voice. Raja Mehdi Ali Khan penned down the lyrics for the song.

The song reflects the inner desire and passion that the woman feels for the man. She wants to embrace his touch, considering that they do not meet again. The lines, Shaayad Phir Is Janam Mein Mulaaqaat Ho Na Ho, Lag Ja Gale Lyrics, mean such a thought. The woman considers herself to be very lucky to meet the man in that auspicious hour. Ham Ko Mili Hain Aaj Ye Ghadiyaan Nasib Se- these are the lines that the woman tells the man. She also asks the man to see her fully as this time might not come again. The Lag Ja Gale Ke Phir song is a song that brims with sensuality.