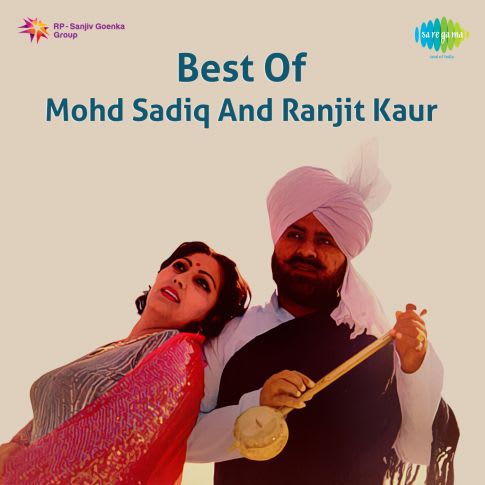 Baba Tera Nankana A S Chamkila And Amarjyot And Other

Bhojpuri Songs are deemed to be Spiritual

When crops and happiness are abundant during the harvest season, mendicant singers appear in villages singing Bhojpuri gana with sarangis. They sing Bhojpuri gana of Nirgun bhajan's genus composed and accredited to the famous medieval saint Kabir. This Bhojpuri gana accentuates the transits- nature of life, lifelessness of material wealth, unavoidable death, and nirvana through devotion and love. The word Nirgun is derived from the Sanskrit "Nirguna", meaning without form. It refers to Brahman, the formless God, with no attributes or guna. The belief system contrasts deity worship or personal gods like Rama, Krishna, or goddess Durga; Bhojpuri gana also sings in praise of these personal gods.

Kajri is the most prominent

Bhojpuri gana is famous throughout the country; people from different states enjoy the rhythmic vibe. There are different styles and Gharana in Bhojpuri gana, and also traditional and contemporary. The roots of Bhojpuri gana are unknown, but mainly it arrived from a variety of traditional folk music. In all festivals like marriage, childbirth, and fiestas like Chhath, they are always ornamented with traditional Bhojpuri gana. At the Chhath festival, songs like Arag ke ber, Shiv Manat Nahi, Laagi Nahi Chhoote Ram are the most popular. Bhojpuri gana is not just a means of entertainment but an integral part of Bhojpuri culture.

The Radha Krishna couple is the spirit of traditional Kajri Bhojpuri gana. The songs depict the Rasleela in Vrindavan, the looming dark clouds, and the peacock dance. The Kajri Bhojpuri songs give the joyful feeling of the rainy season; this folk song is very dear to the rural people of Uttar Pradesh and Bihar. The lyrics of Kajri Bhojpuri songs is a narrative of Sawan, the monsoon month, paints the song with a beautiful portrayal of startling dark clouds, striking thunderstorms, and lushness after rain.

Lachari Bhojpuri songs are a saga of marriage

Lachari Bhojpuri songs are a saga of the marriage of Lord Rama and Sita based on epic Ramayana. Various percussion instruments accompany the choruses of women, and dholak fills the air with joy and merriment. The women sing and dance in wedding ceremonies celebrating the marriage of two souls. Another famous style of Bhojpuri songs is Biraha originated from Ahir and Garer castes. Biraha is a modified Hindu version of Qawwali; five singers perform the act while one acts as a lead singer. If you want to hear such Bhojpuri songs, download them from the Saregama website. Biraha resembles Qawwali in composition and orchestration; harmonium plays a pivotal role in both the music genres.

From 2010, Bhojpuri songs became more popular as modern musical instruments were introduced; the fusion of traditional rhythm with electronic instrumentation, upbeat tempo produced a pulsating effect. Music has always been an essential part of the Bhojpuri people; this fusion has fortified the impact. People love to click on the Bhojpuri songs download option to hear these fantastic compositions of simple romantic songs, bhajans, from slow tempo to faster beats soundtracks.

Indian folk music is rooted in the Vedas, which dates back to 1500 BC

Every Indian region has its native music, from frenzy Bhangra of Punjab to Garba of Gujarat to Bhojpuri songs mp3 of Bihar. Folk music has evolved and has always been associated with harvesting to reduce the hardship of common people to provide a break from monotonous life. Noticeably Bhojpuri songs mp3 have lost some lustre with the advent of pop culture, but younger musicians and singers are reviving the lost glory.

Classical music is the most sophisticated and refined form of music known to humankind. Bhojpuri songs mp3 is like food to the soul. Indian folk music has a devotional and spiritual aspect prominent in all sects of Indian folk songs. It is time to click on the Bhojpuri songs download option when you feel a spiritual vibe resonating with your soul.

There are two aesthetic components in Bhojpuri songs, religious significance and the primacy of the human voice. The spiritual power of music is always appreciated in India as it is closely associated with Nada, the mystical sound emerging to Om, cosmic sound. Om is assumed to be the embodiment of Brahman. The Samaveda is less text but full of verses of Sama (song) and Sakhas (melodies). All folk music, including Bhojpuri songs, is deemed spiritual, even though not explicitly devotional, and inherently vocal (even if instrumental). Though widely presumed, there is little documentation of the influence of Vedic chant on Indian classical music.

There is no single aspect in a Bhojpuri's life without Bhojpuri songs. Many Bhojpuri musicians live miserably, under the poverty line, and unable to visit studios to record their excellence. So some music publishing houses are initiating a mobile studio, there are going to villages. They are training the local artisans about composition, song recording techniques, and copy-right laws. Most singers only sing traditional songs and merely sing new accord; this aspect can be improved. Authenticity and originality are the core of Bhojpuri songs. If you want to listen to such unique and hidden gems of the Bhojpuri song industry, download them from the Saregama website, you can also listen to them on Saregama Carvaan.