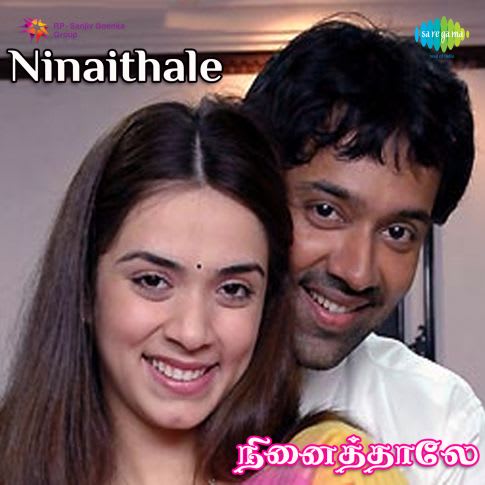 Joot Are You Ready

Gnanathesikan, popularly known as Ilayaraja to everyone, is one of the most reputed and successful Indian film composers. He's an instrumentalist, orchestrator, conductor-arranger, singer, songwriter, and lyricist who joined the Tamil film industry in 1976 and went on to become its demigod. Ilayaraja has provided film scores to over 1,000 films and has composed over 7,000 songs while performing in more than 20,000 concerts across the world. Ilayaraja brought a sense of freshness and uniqueness into film music before he slowed down with the emergence of prodigies like A.R. Rahman and other new composers. Ilayaraja is still worshipped by his millions of fans who refer to Ilayaraja as the maestro. Whether peppy numbers of soulful melodies, Ilayaraja songs have continued to be ultimate treats for his fans across the globe who admired the legend for his refreshing compositions. The musical journey of Ilayaraja started when his mother sent him as an assistant to Pavalar Varadarajan, his elder brother, during one of the musical shows. The legend began to sing songs so his elder brother can be motivated and started his musical journey under his guidance. Ilayaraja received a massive reception at his Ponmalai and Thiruverumbur musical shows, and the composer never looked after that, and the world was treated with the best of Ilayaraja songs. An intense worshipper and believer of Lord Ramana Maharishi and Thaai Moogambigai, Ilayaraja is one of the very few people who have written the musical notes first and then went on to play them. The popularity of Ilayaraja can be measured from the fact that he had a standing cut-out as tall as that of superstar Rajnikanth when 'Murattu Kaalai' was released. Over the decades, the popularity of Ilayaraja and Ilayaraja songs has not seen a downfall. No wonder, Ilayaraja was awarded the titles 'Maestro' by Symphony Orchestra and 'Isaignani' (musical genius) by Kalaignar M Karunanidhi, a famous politician and former Tamil Nadu Chief Minister. Ilayaraja made his debut with the Tamil album Annakkili in 1976 and has left a strong imprint across different languages with his mesmerising music. Ilayaraja delighted the Bollywood audience by making an entry into the world of Hindi cinema with "Sadma" in which Kamal Hasan and Sridevi played the lead characters. Many believe that the long-time association of Ilayaraja with Balu Mahendra helped him gain an entry into Bollywood. A few years later, Ilayaraja made a come-back to Bollywood with Kamagni and Mahaadevand, later Ram Gopal Varma's Shiva and then with Kamal Haasan's Hey Ram and Mumbai Express. Ilayaraja then went on to work for R Balki's Cheeni Kum and later for Paa, Shamitabh, and Ki & Ka. Ilayaraja is well-known in the music industry for beautifully integrating the best of traditional Indian instruments and Indian folk music with western classical music techniques. In fact, Ilayaraja was one of the first composers of the Indian movie industry who started using Western classical music harmonies and string arrangements. The critically acclaimed Thiruvasagam in Symphony (2006), which was composed by Ilaiyaraaja, is the first Indian oratorio. Ilayaraja went on to win the gold medal in classical guitar from Trinity College of Music, London, Distance Learning Channel. The list of Ilayaraja's does not end here. Ilayaraja is a proud recipient of five National Film Awards, the Sangeet Natak Akademi Award, Padma Bhushan, and Padma Vibhushan. In a poll conducted by CNN-IBN celebrating 100 years of Indian cinema, the legend was voted as India's all-time greatest film-music director. Download Ilayaraja songs and Ilayaraja MP3 tracks now by visiting the Saregama website to download Ilayaraja songs and Ilayaraja MP3 soundtracks. You may download the Saregama app to download Ilayaraja songs and play Ilayaraja MP3 melodies. Some of his most famous songs include Kanmani Anbodu Kadhalan from Guna, Mandram Vandha from Mouna Ragam, Kuzhaloodhum from Mella Thiranthathu Kadhavu, Naan Paadum Mounaraagam from Idhaya Kovil, Sundari Kannal Oru Sethi from Thalapathy, and Thendral Vanthu Theendum Pothu from Avatharam. The Kannil Enna Kaarkaalam from Un Kannil Neer Vazhindhal is one of the best Ilayaraja songs and Ilayaraja MP3 soundtracks that brought the fantastic combination of singers SP Balasubramaniam and Janaki, Ilayaraja's music, and lyrics by Vairamuthu with the song being picturised on Madhavi and Rajnikanth. Considered to be one of the most beautiful Ilayaraja songs, Nee Oru Kadhal Sangeetham from Nayagan featured Kamal Haasan and Saranya. The movie directed by legendary Mani Ratnam featured the best of Ilayaraja songs where he delighted everyone and stole everyone's heart with classical ragas. Sung by Chitra and Mano, it is one of the best Ilayaraja songs for sure! Want to download Ilayaraja songs and top Ilayaraja MP3 melodies? Visit the Saregama website to download Ilayaraja songs and Ilayaraja MP3 soundtracks. You can even download the Saregama app to download Ilayaraja songs and play beautiful Ilayaraja MP3 melodies.