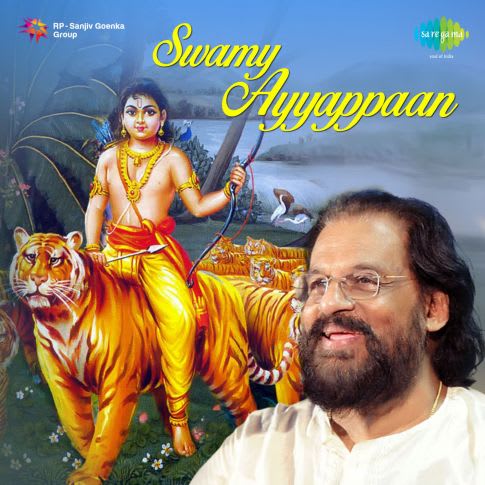 Gangayar Ayyappan And Other Devotional Hits

The song "Harivarasanam" from Swamy Ayyappan is sung by K.J. Yesudas and has music by G.Devarajan and lyrics by Vayalar. The Harivarasanam Lyrics is dedicated to Lord Ayyappa (also referred to as Sastha or Dharmasastha or Manikandan), who is considered the son of Mohini (an avatar of Vishnu) and Shiva. Download the Harivarasanam song and get immersed in the world of spirituality with the lyrics of the Harivarasanam song.

According to Indian mythology, the Gods combined their power to create Durga, who went on to kill demon king Mahishasura. In a bid to take revenge, Mahishi (the sister of Mahishasura) started creating ruckus in the universe. Mahishi performed penance and pleased Lord Brahma and requested Brahma to bless her with immortality. Brahma said he couldn't grant that wish, but he can bless her with partial immortality, and she could only be killed by the son of Lord Shiva and Vishnu, but little did Mahishi know that the two gods will outsmart her. Vishnu took the avatar of Mohini and united with Lord Shiva to produce a child.

The parents of Ayyappa tied a golden bell (mani) around his neck immediately after his birth. Shiva and Mohini later abandoned the baby child on the banks of the Pampa river. At that time, King Rajashekhara, the childless monarch from Pandalam, adopted the child and accepted the baby boy as the divine gift after the advice of a sage. Ayyappa was raised like a prince. However, things changed for the worse after the Queen gave birth to a son and then started alienating Ayyappa after having her own biological child.

The Queen was against the decision of the King to make Ayyappa his royal heir. The Queen then asked Ayyappa to bring the milk of a tigress to cure herself of a mystery health complication. Ayyappa, being a doting son, went to the forest but came across the demoness Mahishi on his way and then defeated her to fulfil the purpose of his birth. Mahishi then proposed to Ayyappa, but he refused.Upon persistent requests, Ayyappa promised to marry her the day Kanni-swamis (new devotees) stopped paying visits to him with their prayers at Sabarimala that was installed by Sage Parshuram on the eve of Makar Sankrant and is surrounded by 18 hills in the Periyar Tiger Reserve in Kerala. It is believed that Mahishi is still waiting for Lord Ayyappa to marry him. Today, the Ayappa shrine in the hills of Pathanamthitta is visited by more than 50 million devotees every year, making it one of the most popular and largest active pilgrimage sites across the world.

Ayyappa then returned to his kingdom mounted on a tigress and many tigers in tow. Everyone then realised that Ayyappa was not an ordinary human, and Ayyappa declined the offer of ruling the kingdom to everyone's amazement. The King begged for forgiveness, and Ayyappa asked him to build a large temple at Sabari before leaving for the heavenly abode.Ayyappa is one of the most popular deities in Kerala, where Ayyappa is respected by members of all communities, including Muslims, as legends state that Ayyappa defeated and gained worship of the Muslim brigand Vavar. In South India, Ayyappais has shown riding a tigress while he is shown as riding a white elephant in some parts such as Sri Lanka. Ayyappa, a warrior deity, is revered across the world for his ascetic devotion to Dharma and his devotees celebrate the vision of leading life in the right and ethical way.