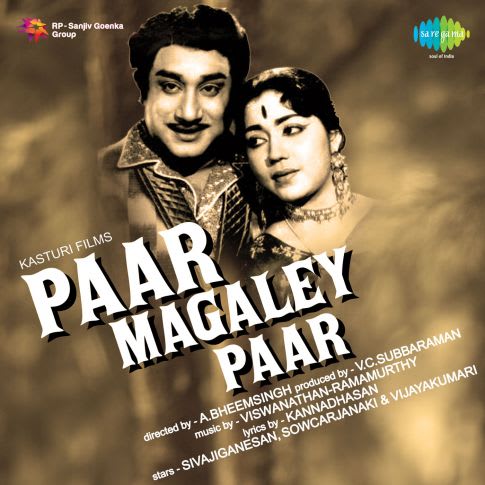 Relive The 60's Romanticism With The Beautiful Ennai Thottu Song

If you listen to some of the old Tamil songs, you will understand that some of them are filled with really romantic lyrics. People love these songs and use them to express their love to their beloved ones. You will also find a lot of diversity in these Tamil romantic songs. Some of these songs became so popular that they are dubbed in other languages as well.

Saregama is one such website that offers the best quality songs- be it old or new. They provide the original and complete version of the songs. They include songs that are released by any Indian film. If you wish to listen to the Ennai Thottu mp3, download the Ennai Thottu song from the Saregama website now to save it in your Carvaan.

The movie of the Ennai Thottu song

The Ennai Thottu song was used in the movie, Paar Mangaley Paar. The movie was released in 1963. A. Bhimsingh, the eminent movie director of that time, directed the film. He had worked in several films and had shown immense directorial skills in the Paar Mangaley Paar movie as well.

In this movie, the director has used his experience to cast prominent superstars in the Tamil industry. The star cast was led by Sivaji Ganesan, Sowcar Janaki, M. R. Radha, and C. R. Vijayakumari. The supporting cast was also chosen efficiently. All the stars in the movie put up a stellar performance that contributed to the movie's success.

Along with the exquisite acting presentation, the music of the movie also stands out. M. S. Viswanathan and T. K. Ramamoorthy was the music director of this film. Kannadasan wrote the lyrics of all the songs. This trio has also worked in other movies and generated some mind-boggling soundtracks.

The Ennai Thottu song is a representation of the progressive mindset of the people in the 1960s. The song was picturised in black and white. Progressive ideologies were the trend that was followed in several movie industries in India at that time. Paar Mangaley Paar also reflected such ideologies and had a significant role in training the audience's mind.

The tune of the Ennai Thottu song was romantic yet energetic. It did not follow the usual trend of having a slow, melodic tune to express love. Instead, the music director preferred to have more energy in the song to represent the characters' energy in the movie scenes related to the song. The audience can understand such energy and can relate to the Ennai Thottu song throughout its runtime.

If you are a lover of romanticism in songs, you will definitely love the Ennai Thottu song. This song voices the true expressions and emotions that goes through the people's mind when they are new in love. Try to listen to the Ennai Thottu mp3 in the loop to feel the emotions in your heart. If you do not have the song in your playlist, download the Ennai Thottu song from the Saregama website.

The contribution of P. Susheela to Indian music

If you talk about music in Andhra or Tamil, you will come across P. Susheela's name several times. She has been a playback singer for six long decades. She has shown her prowess in various genres and has also sung songs in different languages in India. She holds the Guinness book of world record for singing the maximum number of songs as a playback singer. The total number of songs that she has sung to date has crossed 50,000.

With so many accolades to her name, you can understand the magnanimity of P. Susheela. She had a huge fan base now who still loves to hear her old songs. One of her old movie songs is the Ennai Thottu song. People love to listen to this romantic song and dedicate it to their loved ones. If you are also a P. Susheela fan, you will love to have the Ennai Thottu mp3 in your playlist. You can visit the Saregama website and download the Ennai Thottu song from there.