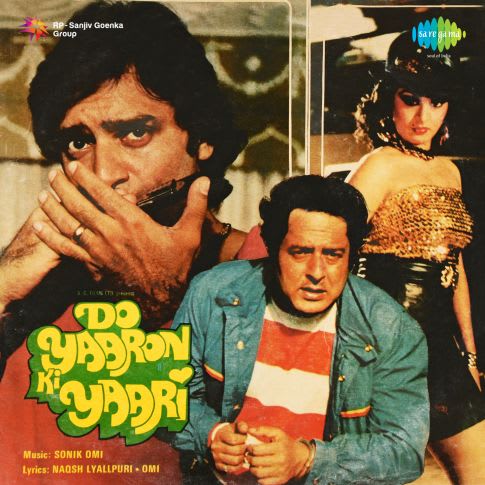 Maestros that came into the making of the song

Mazhar Khan, the actor in Ek Bewafa Se (Male) song(एक बेवफा से), was not only a Bollywood and Tv actor but also a successful producer and director. He was famous for his character Abdul, the beggar, in Amitabh Bachchan and Shashi Kapoor starrer Shaan. A song called “Naam Abdul hai Mera” was picturised on him and had become a very popular number. He was also known for his work in a Tv series “Buniyaad” directed by Ramesh Sippy.

Another lead actor, Navin Nischol from Ek Bewafa Se (Male) song(एक बेवफा से), was a very famous veteran actor. He has been in more than 30 movies, some of them being Rehna Hai Tere Dil Mein, Aa Ab Laut Chalein, Khosla Ka Ghosla, The Burning Train, Khushi, and Yeh Hai Jalwa. He had also starred in numerous television series. Most famous of them all being Dekh Bhai Dekh, along with Shekhar Suman and Farida Jalal. The show went on to being the most-watched show with a high rated TRP on television. The show was produced by Jaya Bachchan. He has also worked in some other famous television series like Aahat, Choodiyan, Kehta Hai Dil and a few others.

The singer of Ek Bewafa Se (Male) song(एक बेवफा से) is Bhupinder Singh. Bhupinder Singh is mainly a Ghazal singer but has also sung a lot of Bollywood songs. Along with Ek Bewafa Se (Male) mp3(एक बेवफा से), there were other famous Bollywood songs on the list like “Ane Se Uske Aye Bahar” with Mohammed Rafi, “Kisi Nazar Ko Intezar Aaj Bhi Hai” with Asha Bhosle, and “Kabhi Kisiko Mukammal Jahan Nahi Milta”. He has also worked on many famous Bollywood songs as a guitarist. He has sung a lot of ghazals with Jagjit Singh and Chitra Singh.

The lyricist of Ek Bewafa Se (Male) Song(एक बेवफा से) is Naqsh Lyallpuri. Naqsh Lyallpuri, originally called Jaswant Rai Sharma, was born in Lyallpur (now known as Faisalabad) in Pakistan. After the partition, he moved to Lucknow. He decided to write under a different name, and that’s when he settled on Naqsh, which means an impression and Lyallpuri stating his origin. Naksh Lyallpuri moved to Bombay in 1951 and started working as a proofreader for The Times of India.

Along with that, he also started writing stageplays in the hopes of working in the Hindi Film Industry. While writing the plays, he was introduced to actor-director Jagdish Sethi. Jagdish Sethi read his poems and asked him to write songs for his upcoming film Jaggu. That is how the journey of lyricist Naqsh Lyallpuri started in Bollywood. But his work took a long time to gain fame. So he worked in the postal department to earn a living and support his family. Apart from Hindi films, Lyallpuri has written songs for at least 50 television serials and 40 Punjabi movies. Some of his notable works other than Ek Bewafa Se (Male) song(एक बेवफा से) are “Tumhe Ho Na Ho”, “Do Deewane Shaher Mein” from Gharonda, “Yeh Mulaqat Ek Bahana Hai” from Khandaan and “Pyaar ka Dard Hai” from Dard.

Let your heartbeat to the tune.

Ek Bewafa Se (Male) mp3(एक बेवफा से) is an emotional melody that helps you bring out the emotions and lets you get lost in the voice and the dark of the night. Download Ek Bewafa Se(एक बेवफा से) from the Saregama website so that you do not have to go through the hassle of finding the original song again and again. You can listen to it while driving, relaxing, cooking, taking a walk or just whenever you feel like it.

Download Ek Bewafa Se(एक बेवफा से) and many other evergreen Bollywood hits only on the Saregama website and listen to them on Saregama Carvaan to make your life harmonious.