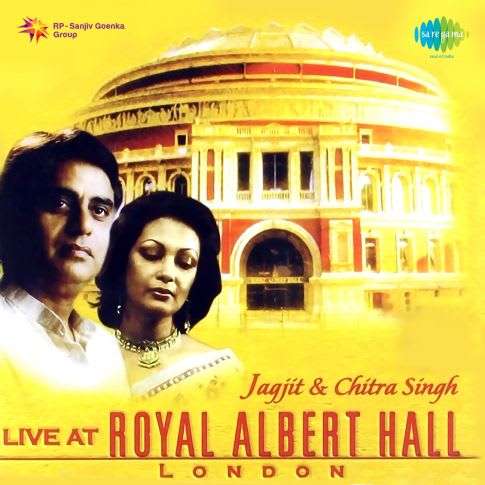 The Life And Times Of Jagjit Singh Vol 4

He Ram He Ram

In the Melodious Nepali songs, There is an Earthen Flavour, a Touch of Rural Life and Folk

The traditional festivals of Nepal are co-related with the changing seasons. The wise sages of ancient rimes have arranged these fiestas so that mass can take part in it, breaking from a busy schedule with fun and fervour. Bliss is the essence of life. Festivals are observed to feel the pulsating life, celebrate the social bondage, and fulfil people's spiritual, social needs. Nepali songs like Buddham Saranam Gacchammi, Samjhana ma are an integral part of this celebration.

A splash of colour paints everyone and the environment

Holi is such a colourful festival. People come close to each other to share joy and sorrow; the colour of life spills everywhere in-ground, sky, and people's hearts. So when Nepali songs such as Zha Zhal Ko, Jindagima Jitai Chhaina, Mitho Mithoare played in the courtyard with a splash of colour, painting everyone and the environment, it is unmistakable that Holi is around.

There is an earthen flavour, touch of rural life, and folk in the melodious Falguni Nepali songs. Spring is the season of romance and nostalgia; it is a season of natural beauty personified, with blooming buds, sweet fragrance, and tweeting of birds. The arrival of spring announces the oncoming pristine beauty of nature; Falguni Nepali songs are the melody of this arriving beauty. The sweet aroma fills up nature and people's hearts when buds start budding in homes and patios, gardens, and woods. Nepali songs are the frenzy of happiness garnishing nature.

Holi is the most celebrated festival in the region of Tarai

Nepali songs such as Kasto Kasto Maya, Dheera Dheera gha channa dil ma are a poetic expression of spring. Nepali gana describes the beauty of spring in most prosaic fashion; spring comes and settles in the petals of a lotus, falls as dew drops on the ground, time writes a verse praising the youthfulness of nature. A Nepali gana expresses people's yearning, from rich to poor, young to old, man to woman for the arrival of spring; all wait anxiously to celebrate the festival of love and colour; Holi.

Holi is the most celebrated festival in the region of Tarai. It is celebrated with pomp and show, splendour and grandeur, and of course, with catchy Nepali gana. The carnival starts on the Basanta Panchami and continues till Falgun Purnima, the full moon day in April. On that day, Holika Utsav is observed with Nepali songs. As the red flowers start blooming, covering the forest land, villagers start singing Nepali songs.

An edifice of Holika is erected and set on fire; people gather around the pyre singing Nepali gana. Holika stands for evil, the cruel sister of devotee Pralhad. It is a fiesta to celebrate the victory of faithfulness over suspicion, truth over deceit, theism over agnosticism. After the burning of Holika, people share joy and sweets, worship the deities with flowers, sweets, and vermillion. The air is filled with colours; red, yellow, blue, and saffron, and hearts are filled with joyfulness; people hum Nepali songs to express happiness.

Nepali songs are an integral part of the culture of the land, be it rural or cosmopolitan. New Nepali songs are mostly duets, male-female voices mingling, creating magic moments. Most new Nepali songs have the distinct flair of Lok Dohori (people's duet). This genre of music originated from the Gurung community, mostly sung at traditional Rodi Ghar dance. After harvesting crops from terrace fields, young men and women challenge each other with duets. One of the duos has to answer in musical repartee within thirty seconds. With time the Rodi tradition is absent, but its influence lingers in new Nepali songs. Nepali songs are about life, love, joy, and sorrow; it is an emotional saga.

Historians and sociologists agree that modern social media and entertainment have eroded cultural values; new Nepali songs are devoid of traditional values present in earlier songs. Still, new singers come up with innovative mp3 that speaks of contemporary issues like corruption, patriarchy, and migration to other countries—the meaning of song mp3 changes with changing society. One can observe the evident influence of the Lok Dohori genre in Nepali song mp3.

The new generation singers of Nepali songs, those who convey a social message, have mixed reactions from society. When they sing on a digital platform, the songs contain social issues bit on live concerts, they sing mainly romantic Nepali songs. The audience of these live shows loves to hear fast-paced rhythmic songs. People want to dance with Nepali song mp3 on live performances, while others listen to the lyric. The audience in fairs and festivals is mostly young, who love to have fun with Nepali songs.

Tij is another famous festival celebrated by women in Nepal

Tijis another popular festival celebrated by women in Nepal. It is for the well-being and long life of their husband. Draped in a red sari, adorned with red and green glass bangles embellished with other ornaments, they sing Nepali song mp3 and dance. They sing and dance on the street, thronging Pasupathi temple, praying to Lord Shiva and Mother Parvati for blessing.

Some social activities critique Tij for promoting patriarchy. New Nepali songs transmit the message of gender equity, mock patriarchy, and simultaneously encourage solidarity. With women empowerment, they love to sing new Nepali songs which speak of gender indiscrimination and do not like to play the card of victimhood. Modern Nepali women do not want to emphasize suffering. Life is not just misery. It is also a saga of love, compassion, and trust.

Samaganas is the pedestal from where all swaras, shrutis, and ragas are derived

You may find it difficult to understand Nepali songs when you download them from Saregama, but certainly, you will feel the vibe of the music. Hypothetically Shastriya sangeet originated from the ragas in the Vedic chanting, particularly in the Sama Veda. The Vedic chanting is categorised under; udatta, anudatta, and swarita, collectively known as Samaganas. It is assumed Samaganas is the pedestal from where all swaras, shrutis, and ragas are derived. The genre of music that incorporates ragas is known as Shastriya sangeet, a term mysterious to the West.

Although Buddha considered music to be a deterrent to the spiritual world, with the flow of time, Buddhist music has influenced the culture of many Asian countries and communities; Nepali songs are no exception. Baki Wanegu (blowing of horn) is such an example of a ritual that withstands time erosion. It is a native Buddhist practice performed in Kathmandu Valley, which is still performed in the Mataya festival, which lasts for eight days in the month of Gunla (July-August).