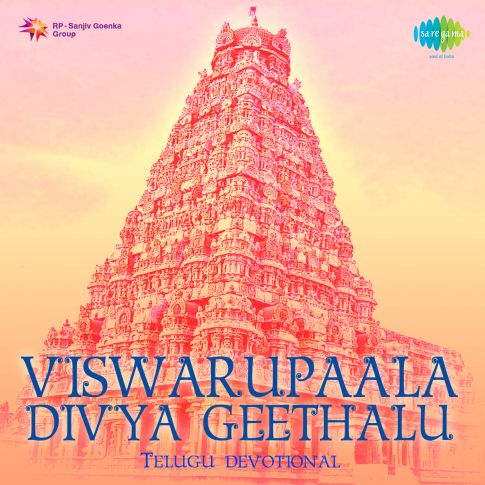 Amma Bhavani Devi Durga song - the Song of the Soul

Many devotees flock to Amma Bhavani's shrine at Periyapalayam, near Chennai, as the Tamil month of Aadi starts. Periyapalayam is a village forty kilometres north of Chennai. The scorching heat does not stop devotees standing in a queue to see the smiling face of loving Amma Bhavani Devi. Tamil month, Aadi, starts from the mid –July spans till the middle of August. There are herds of shops selling marigold, rose garlands, coconuts, and strings of the leaves of neem and lemon in the temple arena.

The atmosphere gets elevated to a spiritual dimension when hundreds of devotees chant the Amma Bhavani Devi Durga song. The pilgrims pray and offer pots of the festival Pongal, sacrifice hens and goats in front of the deity. Many shave their head as a token of submission to the goddess. The month-long carnival starts with Homa, special rituals and prayer.

Prayer emerging from the heart

Some pilgrims walk all the way to Amma Bhavani temple as austerity to purify their body and soul. Thousands of people go on foot during this festival to show reverence to Amma and bestow blessing from Her. During the month of Aadi, farmers of this region sow the crop. Those people pray to Bhavani Devi to protect from the natural disaster and sufficient rain. Amma Bhavani Devi Durga song is a prayer to the goddess, emerging from the heart of these people, asking for protection and affection from the divine mother.

Amma Bhavani Devi Durga mp3 from the album Viswarupaala Divya Geethalu was published in June 2000. This 4:18 minute devotional track was sung by B.Vasantha and others and penned by Manda Subhalakshmi. Amma Bhavani Devi Durga song is an earnest request to Mother Bhavani to descend upon earth and manifest her power and love upon the people of India. Oh! Mother, we worship you, gentle like moonbeam and dreadful as Rudra, we salute to you, who nourishes this universe. Mother, you are the consciousness of all human beings; we salute you. Amma Bhavani, you are residing as intelligence in the human body; we salute to thee. In Amma Bhavani Devi Durga song, the singer asks for Her help to cross the river of difficulty and death, as She is the essence of all-cause.

You transcend into the shrine

Amma Bhavani is one of the incarnations of Parvati, who is benevolent, holding conch and flower with a smiling face. Other forms of the goddess in south India appear to be angry and fiery with weapons on Her hands. The temple of Amma Bhavani Devi at Periyapalayam is situated at the bank of river Arani. The time of construction of this famous temple is unknown, but local people still narrate many legends about the power of the presiding deity. Download Amma Bhavani Devi Durga song from Saregama, and when you listen to it, you transcend into the shrine and get connected to the divine mother.

The soulful voice of B. Vasantha in Amma Bhavani Devi Durga song gives it a distinct spiritual vibe. The music resonates with your inner self; you find the meaning and purpose of life. The veteran singer has breathed verve in over four thousand songs in seven languages. There is a distinct accent of Tamil when she speaks Malayalam. But when she sings a Malayalam song, reading from the script printed in Telugu, her Malayalam pronunciation is near perfect. She sang more than three thousand film songs in Malayalam, Tamil, Kanada, Hindi, Sinhalese and Konkani.

M. Subbalakshmi was born on 16th September and passed away on 11th December 2004. She was an acclaimed Carnatic singer from Madurai. She is the foremost singer to be endowed with Bharat Ratna and the first Indian musician to receive the Ramon Magsaysay Award. She penned down the lyrics of Amma Bhavani Devi Durga song.

She is the destroyer of evil and protector of the innocent

The legend of Amma Bhavani is connected to Lord Krishna's life. Tyrant Kansha imprisoned Vasudeva and Devaki, and he killed the first seven children of the couple. When the eighth children, Lord Krishna, were born, their father, Vasudeva, exchanged him with one baby girl. When Kansha threw the baby girl on the stone to kill her, the child revealed herself; she was Amma Bhavani. She laughed and said the person who will kill Kansha is alive. Download Amma Bhavani Devi Durga song and listen to it feel the divine love and blessing; she is the destroyer of evil and protector of the innocent. Download songs like Amma Bhavani Devi Durga mp3 and feel the vibes and calm.

Oneness with the universal soul

After hearing Amma Bhavani Devi Durga mp3, your mind becomes quiet and calm, ready for deep meditation. The devotional song does not belong to a particular sect; it is the universal language of divinity, the song of the soul.