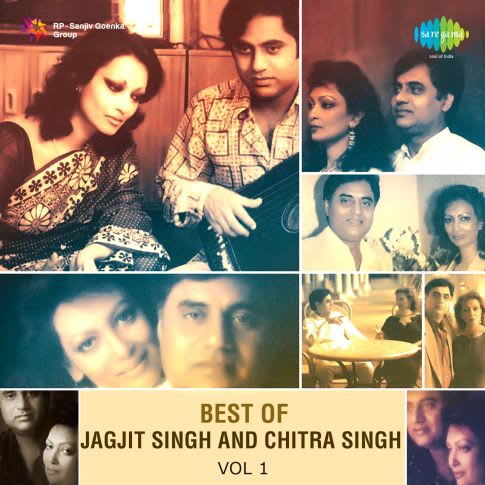 The Life And Times Of Jagjit Singh Vol 4

He Ram He Ram

If you want to learn about the cultural heritage of India, you will never be able to complete it in its entirety. Every corner of the country boasts of having its own unique culture. The North-Eastern states of the country will undoubtedly be one of the flag-bearers to the world on this aspect. Amongst all these states, Manipur culture deserves a special mention.

The Manipuri dance is considered to be one of the most coveted classical forms of dance in India. Eminent singers of that state prepare Manipuri songs to aid this dance form. There are different genres of Manipuri songs. Each of these genres is used for various purposes. Those who love regional music would prefer to listen to Manipuri songs.

The religious touch into Manipuri culture

If you see any Manipuri performance, you will understand that religion plays an important role in it. The dance commemorates the story of Lord Krishna and Radha. Therefore, the songs associated with them are also dedicated to those stories. You will feel the warmth and love that they had for each other when you hear these songs.

One such song is the Namo Namo Tulsi Maharani song. This song is actually a Manipuri film song. The famous Manipuri singer Y. Bilashini Devi sang this song, directed by the eminent music director, N. Pahari Singh. B. Jayanta Kumar Sharma is the lyricist for the song. When you listen to this Manipuri song mp3, you will understand the effect of such a collaboration between the stalwarts of Manipuri music.

When you listen to this song, you will find that it is different from other religious songs you have heard previously. It does not only focus on a soothing melodious tune. Although the original version of the song is a soothing one, this film song has incorporated several hip hop and pop tastes into the song. You will also find that the music director has introduced several Westernized concepts into this Manipuri film song. However, such incorporations do not tamper with the song’s mood. Instead, it accentuates it all the more.

Manipuri film songs are not always about melody. Instead, they love to experiment with various styles and bring out newer outcomes. One such song that portrays an amalgamation of different music forms is the Aigi Yum Ase song. This song starts with some funny sounds and words before moving into the melody part of it. As one will guess the name behind such experimentations, B. Jayanta Kumar Sharma delivers a stellar performance.

The song Khangnadringei Ukhi Nongma from the album Olangthagee Wangmadasoo is one such song prepared on a groovy track. The famous singer, Aheibam Shyam, sang this song under the direction of the renowned music director, Joy Shyam. This song has the true essence of the Manipuri culture in every word and tune. It also seems like they have used some regional instruments for the song. If you love Manipuri culture, download this Manipuri song mp3 from the Saregama website.

The Bombay Mittai song is also a famous Manipuri song that people love to hear. This song is included in the Manipuri album Neengol. M. Binod Kumar is the lyricist for the song. The song shows how a seller advertises and sells his goods to his customers. This picturisation of the song is filled with fun. The tune and lyrics of the song complement the mood. This song is quite popular amongst people of all ages.

Manipuri songs are not only about fun and frolic. The music directors also have the prowess of instilling melody and mildness into the tunes of the song. For example, the Manipuri album Saphabee is filled with such melodious songs. Some of the Manipuri film songs of this genre include Mapok Langol Khudingda and Khoyumgumna Saklotpa. Arambam Jamuna is the music director for both songs. You would love to get swayed into the slow tune of the song.

Another Manipuri song of this genre is the Nuja Nangbu Nungsiruba song. The song has been included in the music album Kombirei. Konsaba Ibochouba is the lyricist of the song. Ch. Kamala Devi sang this song under the direction of A. Shyam Sharma. A. Shyam Sharma has worked in several Manipuri movies in his career. He has also directed the Manipuri film songs of the previous album. The soothing nature of this song appeals to the moods of the listeners. If you like the tune of this song, download it onto your system and listen to it at your leisure.

Apart from religion, Manipuri songs consider other topics as well. People’s emotions play a pivotal role in these songs. One important topic related to feelings is love. You will find several Manipuri songs mp3 based on this topic in several films.

Another topic mostly considered in Manipuri songs is life. Several films have viewed this topic as necessary. Such importance is reflected in their songs. They also consider nature, surroundings, and lifestyles as important topics for their songs.

The Manipuri culture is wrought with several nuances of people’s lives and feelings; it also incorporates the beliefs of the Manipuri people. They experiment with the tune and beat the songs. Such experimentations have led to some evergreen classics being created. If you like to hear Manipuri songs, download the mp3 from trustworthy websites. You will find some of the best Manipuri songs on the Saregama website. They deal with the original versions of every piece of music they consider on their website.