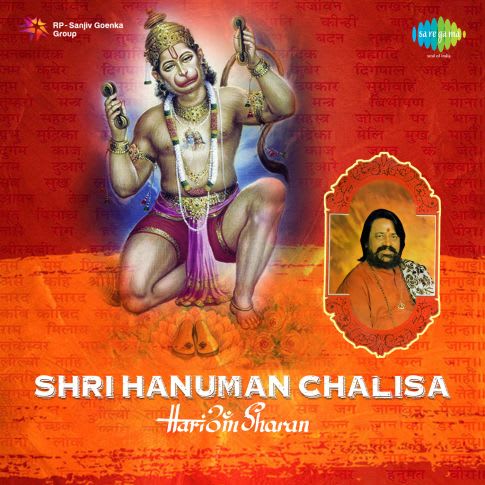 The Best In Bhajans

Chalisa And Other Bhajan And Aarti (Shiv)

Tulsidas Goswami is the writer of the Shri Hanuman Chalisa song(श्री हनुमान चालीसा); he was a Hindu saint and a renowned poet, best known for his devotion to Shri Rama. He wrote the Shri Hanuman Chalisa Song(श्री हनुमान चालीसा) in the 16th century in the Awadhi language. Due to his utmost devotion to Lord Rama, he was also considered as the reincarnation of Valmiki, the original writer of Ramayana in Sanskrit. The famous Tulsi Ghat in Varanasi is named after him.

Shri Hanuman Chalisa song(श्री हनुमान चालीसा) is a devotional song dedicated to Lord Hanuman. Hanuman is the chief devotee of Shri Rama. As the name suggests, the Hanuman Chalisa lyrics has chalis verses or forty verses. These verses are also called Chaupais. Along with it, it also has two introductory Doha and one concluding Doha. The introductory Dohas speaks about the four Purusarthas, namely Dharma, Kama, Artha, and Moksha. Dharma means the moral values that must be present in any human being. The Kama refers to psychological values, love, and pleasure. Artha refers to money and prosperity, and Moksha means liberation from household thoughts and the incorporation of spiritual values. Shri Hanuman Chalisa song(श्री हनुमान चालीसा) begins with Tulsidas referring to Hanuman as a highly learned person who knows three Vedas- the Rig Veda, the Sama Veda, and the Yajur Veda. In the Hanuman Chalisa lyrics, Hanuman is also considered as a person who knows Vyakarana. Tulsidas also refers to Hanuman's parents- his father's name is Vayu, and his mother's name is Anjani.

In the following line, Tulsidas speaks about the strength and bravery of Lord Hanuman. He considers that Lord Hanuman's power is comparable to the Vajra (lightning) of God Indra. Hanuman always supports people with pure hearts and destroys those who have vile motives. He also describes Lord Hanuman's look. His skin color is that of pure molten gold. His hair is curly, and he wears Kundalas on his ears. Tulsidas also speaks about the sacred thread Yajnopavita that is worn across his shoulders. In the following lines of the Shri Hanuman Chalisa(श्री हनुमान चालीसा) In Hindi, the writer explains the intelligence and knowledge that Lord Hanuman has. Lord Hanuman is believed to know around eighteen types of expertise. He is also considered to be one of the cleverest persons on Earth. Tulsidas also speaks about his devotion to Lord Rama. Lord Hanuman is happy and eager to work for Rama, Lakshman, and Sita. All these three personalities reside in the heart of Lord Hanuman, and Lord Hanuman resides in their heart as well. The song describes the events of Hindu Mythology and hence the song was composed in Hindi. You can download Shri Hanuman Chalisa In Hindi from numerous online websites.