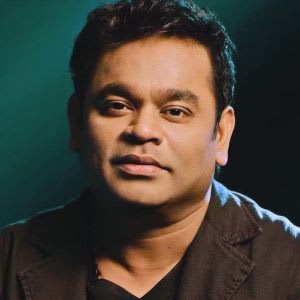 The rhythm and chords of AR Rahman speak the unsaid

The musical journey of AR Rahman continues for more than two decades. The world-renowned Indian music composer has created many magical moments through his signature style. The effortless synthesis of traditional eastern classical music with world music genres through unparalleled orchestral arrangement touches listeners' chords. It is undoubtedly drowning the audience with lyrical resonance. The soundtrack of the film "Roja" is the first composition of AR Rahman that redefined contemporary film music. Since then, AR Rahman songs leave the audience awestruck, mesmerized, joyous and immersed in his music's rhythm.

The melodic beat moves you into a trance.

"Awaara Bhanwara Song" from the film Sapnay has sung by Hema Sardesai, and Malaysia Vasudevan is like the whiff of fresh fragrance. The soft foot-tapping rhythm gives the song a fresh, mellow vibe. His composition's rhythm with the melodious beat moves you into a trance where there is nothing except music and bliss. "Chanda re Chanda Re", another soundtrack from the same film, is another memorable song that captured millions' hearts. The soft percussion, melodious voice of Sadhna Sargam and Hariharan lingers the romanticism. Once you listen to these songs, you would appreciate the beauties of these compositions. It is as if time just freezes with AR Rahman songs. Even if you are in a pensive mood, there is a lump in your throat, the joyfulness of AR Rahman songs trick you into the contrasting air.

Some feel AR Rahman is at his best in Tamil songs. Listen to "Atthini Chitthini Song" from the album "Thenali" sung by legends such as Hariharan and Chitra. The exquisite voice texture of singers, along with the magical composition AR Rahman, made this a chartbuster in AR Rahman Tamil songs. These vocals intertwined with rhythmic beats elevates the song to a new stature. The moment you hear this song, you fall in love with it. "Alia Payuthey" is another famous AR Rahman Tamil songs. The maestro created so many musical marvels with legendary singers. The list of AR Rahman Tamil songs is endless.The poetic lyrics, the soulful composition immediately gets inscribed in your soul. At the same time, the tracks are upbeat, youth-centric and evergreen.

Music is an integral part of human life. If you ask some of his favourite songs, almost everyone can quote a line from AR Rahman songs. Most people invariably bring up "Dard-E-Dil-Dard-E-Jigar" or "Chor Chor". He is one of the most acclaimed Indian music composers who have carried these countries' music to the world and is gloriously continuing the effort. From Roja in 1992 to date, this master has delivered a spectrum of magical music. He just keeps giving a flawless blend of Indian classical with western hard rock. AR Rahman songs carry the unmistakable mark, deeply influenced by symphonic orchestral themes that create classical music assimilation with world rhythm. The compositions of AR Rahman songs are stunning. He crafts songs not only musically but technically too!

Rahman has always known for his creativity, carving his own space, keeping the harmony of musical tradition. In "Tanha Tanha", a song sung by distinguished Ashaji, he introduced a Carnatic grace, which gave the song a new silhouette tune. The background track of violins, divergent from the flute and the violin emphasized in the first Antara, indicates the composer's inclination to traditional music form. AR Rahman Tamil songs also define conventional musical practices. "Alangatti Mazhai Song" is another example of bandish and raga in AR Rahman Tamil songs. The exquisite texture of raga and bandish gives the song a flowing melody. The deft recitation of musical instruments and melancholy alaap is absolutely haunting.

A perfect balance between innovation and tradition

AR Rahman Telugu songs are the exemplary illustration of a perfect balance between innovation and tradition. The composition and orchestration of these songs emerge as classic Rahman. He is the Mozart of contemporary Indian music, always capturing, overwhelming the audience with a vibrant ocean of music. This world-class musician changed not only the perception of music, but he practised through many versions. The AR Rahman Telugu songs are one such version.Rahman is the icon of modern India who is continuously spreading his musical wings across the world. The attachment you feel while hearing AR Rahman Telugu songs make his music unique and outstanding. AR Rahman Telugu songs are evergreen and perpetual; every piece and tune is attractive and has its own appeal over time. But when it comes to Rahman, the effect lingers and becomes eternal. With the flow of time, he brings more improvisation in his notes. The reason behind this is probably he never stops learning in his journey.

AR Rahman won prestigious national and international awards. But the Oscar for Slumdog Millionaire gave him the international limelight. Oscar was no more American dominated red carpet show or pan European accolade. AR Rahman songs got their due recognition on the global platform; also, he was the first Indian to perform at the Hollywood bowl.It's not only for the captivation tune and rhythm but also for his perfect ear for sound engineering. His music sense and quality are unparalleled; it is tough to wrap them in words. But it can only be experienced when you hear AR Rahman mp3 songs from the Saregama website.The more you hear AR Rahman music, the more you fall in love with it.

Keep you at a standstill.

AR Rahman mp3 songs have an uncanny ability to grow within you. They keep you at a standstill, even captivated for hours. AR Rahman music is a fascinating cocktail of music genres that keeps you engrossed in the sound of music. His compositions stand tall. His creation is an epitome of instrumental interlude and unconventional harmony that's full of foot-tapping beats. His background melodies in the films are much loved in India, whereas the Western world prefers straight chords with ambient sound. Ambient music is that genus highlighting more on atmosphere than on traditional rhythms.

You can download loads of AR Rahman mp3 songs or AR Rahman music from the Saregama website. It isan excellent musical platform that meets the demands of millions of music-loving Indians. Indian music is like a vast ocean, it's for you to pick up as many pearls and gems as you like, and some of them are undoubtedly AR Rahman songs. AR Rahman music is a perfect reflection of the composer's persona. His inner tranquillity, the urge to belong to the Divine, touches your heart and whisper to your soul.