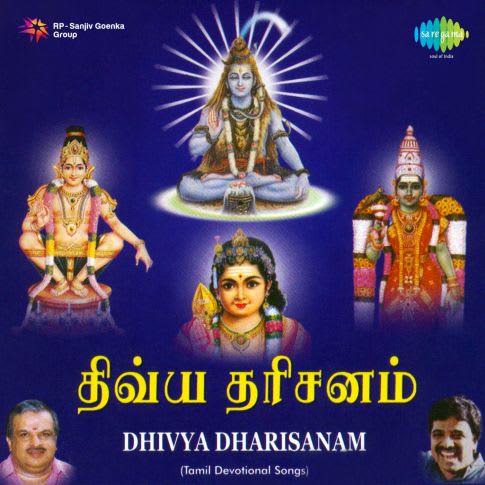 Shiva Peruman Song is the song recited for Shiva - the ultimate truth, as we all know, is the God of gods, the creator of the universe. Shiva has more than 108 names. Most prominent of them being, Neelkanth, Mahakal, Tridev, Trikaal.

Shiva - The creator of the universe

There are so many stories behind all the names of Lord Shiva. He held poison in his throat, which caused his throat to turn blue, and that's how his name Neelkantha came into being. He is also known for his anger. He is said to have danced in rage, which became a prominent dance form Shiv Tandav.

River Ganga is said to have its origin from the hair of Lord Shiva. Mythology says that Shiva trapped Ganga in his hair, and since then, Ganga has been flowing through his hair. Shiva is also said to have punished one crore gods and goddesses for not waking up on time.

The Shiva Peruman mp3 radiates positive energy when we listen to it. It feels that we are becoming one with the great Almighty Shiva; it resonates with the words of devotion so clearly that one cannot help but fall deeper in bhakti and forget about everything for once.

He's called Ardhanareshwar, which means he has half a male and the other half of a female body. He also has many avatars, one of which is the Lord of strength- Hanuman. He is also said to have a terrible temper. His third eye is said to hold power to destroy the whole universe.

Lord Shiva's Trishul holds the balance between all the three worlds, and the snake around his neck is said to be the epitome of stillness. He is also said to be the God of dance, popularly known as Nataraj. The dancers around the country worship Natraj and start the dance only after paying their respects to the idol of Lord Natraj.

Let's meet the makers of this powerful song.

The singer of Shiva Peruman Song, Srinivas, is a veteran and a music composer in the Indian FIlm industry. After pursuing his career in marketing and as a chemical engineer for ten years, he decided to follow his passion for music. He has sung songs as a playback singer for more than 30 movies. He has worked with the legendary music composer A. R. Rahman in a lot of movies. He's worked in films like Roja, Dil Chahta hai, Yuvraaj, Uyire (Tamil remake of Dil Se) and so on. He has also worked in a lot of famous movies as a music director. He has also won some outstanding awards like Kerala State Film Award, Tamil Nadu Government Award, Vijay television Awards, Tamilnadu state Film Awards. Apart from Shiva Peruman mp3, he has also sung a lot of other devotional songs.

Let the music soothe you.

With the traditional music flowing through the Shiva Peruman song, people can listen to it more easily. All age groups of people can listen to it with ease because of such amazing traditional cultural music. Music is the heritage that you carry forward with each generation. Hence music like Shiva Peruman song and others prove that our heritage is worth protecting and listening to.

Also, listening to Shiva Peruman mp3 lifts your mood and creates an altogether different atmosphere. It helps you feel relaxed and also helps create a positive atmosphere in your household.

Download Shiva Peruman from Saregama and give your kids a traditional background to grow up in. The Shiva Peruman song is not only about its highly devoted lyrics and traditional music but also about how people get immersed in devotion to Shiva and become one with the Almighty.

Download Shiva Peruman song from Saregama's devotional playlist "Dhivya Dharshinam". The playlist has many more such traditional devotional songs to offer, such as "Shiva Perumaanin Rudra, Indra Neela Kallin, Kathir Vel Murukhaa, and many others performed by great artists like Divya, Sujatha, P. Jayachandran and more. While you download the Shiva Perunam song, you can also listen to the others and download the rest.

Download Shiva Peruman mp3 to provide a holy ambience in your household and let your kids know the importance of devotional and traditional music.