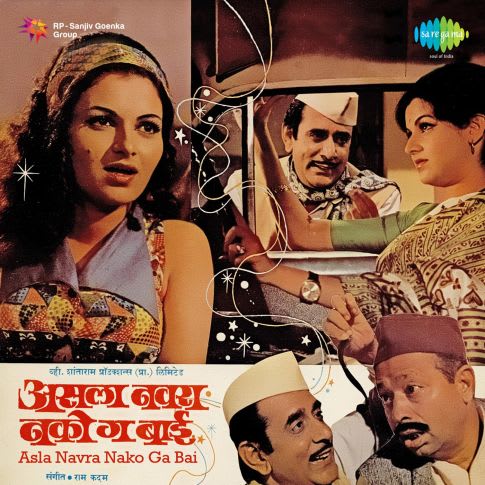 India is truly a land of diverse culture. No solo culture can stand out from the rest. All cultures have equal richness and are being given equal importance. Due to such diverse culture, different film industries have cropped up in other parts of the country.

One such thriving film industry is the Marathi film industry. It has been an age-old but booming movie industry that produces several movies every year. Like other movie industries, it readily accepts different cultures while focusing on its own. This industry has made several memorable films over the years.

One such movie that has gained immense popularity is the Asla Navra Nako Ga Bai song. This movie was famous because of its story, acting, and especially the songs. One such song that was widely accepted by the audience is the Happy Happy Married Life song. The song was a raging hit soon after its release. People became mad to get a copy of the Happy Happy Married Life mp3.

In today's world, one way to propagate the culture is through movies and songs. The Maratha film industry had been diligent in their approach to spread their culture. People are highly enthusiastic about their culture and love to show the richness of it. Almost every Maratha movie depicts this richness.

The Maratha movie industry has contributed largely to the growth of Indian cinemas. They have shown several exquisite pieces of art to the world. Many Maratha movies have been selected as India's entry into the Oscars. Moreover, several Maratha actors have also acted in other film industries in the country. Some Maratha songs are so famous that the tune or the lyrics are used in other songs.

A general introduction to the Happy Happy Married Life song

The Happy Happy Married Life song has been included in the movie Asla Navra Na Ko Ga Bai's music album. The film was a big hit after its release in 1977. The movie is helmed by the then superstars of the Maratha movie industry, Raja Gosavi and Ranjana. Both these actors had shown their acting prowess in previous films. In this movie, they did justice to their roles, contributing to the movie's overall success.

One special mention of the movie is the music that is associated with it. The veteran music director Ram Kadam directed the music of this movie. He was ably supported by another veteran, the lyricist Jagdish Khembudkar. This music director- lyricist duo have worked together in several films and have attained several accolades and appreciation. Like other movies, they did a stellar job composing the songs for this movie as well.

Why is Happy Happy Married Life song so famous?

Several factors are contributing to the success of the Happy Happy Married Life song. Firstly, the song does not only reflect the Maratha culture. It has both English and Maratha words. These two types of lyrics are designed according to the mood and the scene associated with the song. Such a unique approach was new to the Maratha audience, who readily accepted the presentation. They showed their curiosity and satisfaction as they still download the Happy Happy Married Life song whenever they find it on the internet.

The second factor is the aura of the music director- lyricist duo. Both Ram Kadam and Jagdish Khembudkar had immense popularity in the Maratha movie industry. They knew the right formula to make a song popular and incorporated the right potion for the Happy Happy Married Life mp3.

Thirdly, the song got so much popularity because of the singer Jaywant Kulkarni. He had a huge fan base whose sole purpose is to increase the popularity of a song. The fast tune and the beat of the Happy Happy Married Life song caught the audience's ears. They were immediately attracted to the piece, which they found they can use to wish someone on their marriage.