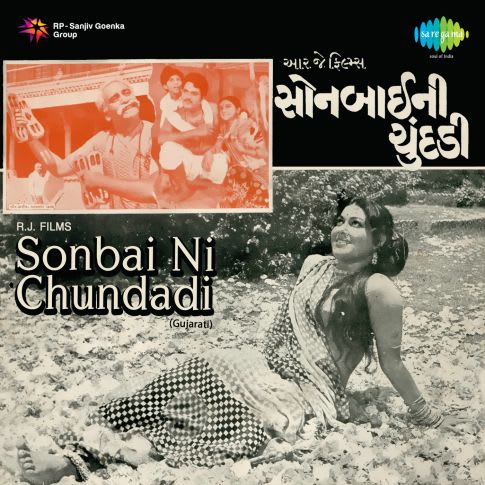 Know More About the Kashmiri Culture Through its Songs

Kashmir is famous for its scenic beauties. It is regarded as heaven on earth. When people hear about Kashmir, they think about Dal Lake, Gulmarg, Shikaras, Apple orchards, etc. However, Kashmir is also famous for its culture. They have an age-old culture that is depicted through their art, songs, and dance. People love to hear Kashmiri ganas to get an idea of the Kashmiri cultures.

Kashmiri songs play a pivotal role in demonstrating Kashmiri culture. Their folk songs have a soothing touch but are also prepared for different moods and stories. Many Bollywood movies have taken Kashmiri songs as a part of their movie. These Kashmiri ganas have been beautifully blended into the mood of the film.

You will not find many sources on the internet where you can download the original versions of Kashmiri songs. However, the Saregama website has made a list of popular Kashmiri songs, from classical to folk genres. If you wish to listen to these Kashmiri songs mp3, download the songs from this website.

The folk culture of Kashmir involves Kashmiri songs of different genres. Different sects and tribes of Kashmir sing these songs, portraying their emotions, stories, and folklore. Some common folk cultures include Chakri, Rouf, Henzae, Ladishah, and Hindustani classical songs. If you ever go to Jammu and Kashmir, you will be mesmerized by the richness in culture portrayed through Kashmiri songs.

Along with these folk cultures, Kashmiri ganas include traditional Indian cultural aspects as well. For example, one of their favourite instruments is Santoor. Legendary Santoor players from that place include Shiv Kumar Sharma and Bhajan Sopori. You can search for all these Kashmiri artists and Kashmiri songs mp3 on the Saregama website.

When we speak about Kashmiri songs, the most eminent personality we can think of is Abdul Rashid Hafiz. He is a prominent figure in Kashmiri folk songs, rendering his voice for several songs. Most of his songs are available on the Saregama website. He has sung on a flowy beat in the Hai Vaes song. The Bo Paerai Khan Song is another song that speaks highly about his skills. Both these songs are included in his high-selling album Best of Kashmiri Folk songs.

Abdul Rashid Hafiz has been involved in several collaborations with the great music director Abhay Rustum Sopori. They have worked together on several songs. The lyricist Bashir Marazi has also been involved with them, thus completing the trio. One such outstanding work in which the trio has collaborated is the song Idd-E-Qurban song. The song has been included in the album mentioned above.

The Idd-E-Qurban song is based on the festival of Idd. It remembers the sacrifices Qurbanis associated with the festival. Since the song is based on the festival, the beat is fast. It can make anyone dance to it. However, the attempt to remember the sacrifices induces a soul into the music. The soulful rendition of the lyrics is aptly suited to the tune of the song. This Kashmiri gana is included in the list of famous Kashmiri folk songs.

If you listen to Abdul Rashid Hafiz songs, you will find that most of them have a common trend. It begins with a short speech by the great Abdul Rashid Hafiz himself. His deep baritone voice is the perfect start to all the songs that he has sung. He has sung other Kashmiri songs that are included on the Saregama website. If you want to listen to his Kashmiri songs mp3, download them from this website.

Kashmiri songs through the voice of Shameem Azad

When you hear the name Shameem Azad, you associate festivity with the title. He has sung several Kashmiri ganas related to Kashmiri festivals. Most of these songs are related to marriage. One such song is the Roshe Valla Myani song. This is a famous song that is still sung as a Kashmiri folk song at different weddings. People believe that this song is an integral part of these occasions.

Mohd Abdullah Dev is the lyricist for the Roshe Valla Myani song. The eminent music director, Pt. Bhajan Sopori is the music director. A trained chorus group has wonderfully aided Shameem Azad for the song. It has been included in the album Virasat and other Kashmiri hits. You can obtain this Kashmiri song mp3 from the Saregama website.

The Roshe Valla Myani song has been used in several Bollywood movies as well. The superhit Bollywood movie, Raazi has based its song Dilbaro on this Kashmiri song. The song has also been presented through the original voice of Kay Kay Menon and Shahid Kapoor in the movie Haider. It seems like Bollywood considers this Kashmiri song as the best representation of the Kashmiri folk culture in their films.

Guenganvah is another song sung by Shameem Azad that can make you dance to the beats. You do not need to know the meanings of the song. The music director Pt. Bhajan Sopori did a fabulous job incorporating suitable musical instruments at the right moments for the song. He is properly supported by the famed lyricists Ghulam Nabi Doolwa and Janbaz Kishtwari. The song has been included in the album Best of Kashmiri Folk songs. You will hear this song in almost every Kashmiri household when you visit them on particular occasions.

Although this song would have been discussed in the previous section, the popularity of this song deserves a special mention. This song is also the result of the collaboration between Shameem Azad and Pt. Bhajan Sopori. The lyricist for the song is Dinanath Nadim. The song has been included in the album Best of Kashmiri folk songs. Most Kashmiri song lovers will consider it to be the most popular Kashmiri folk song. You can listen to this Kashmiri song mp3 from different websites.

The popularity of this song is mainly contributed by its inclusion in the movie Mission Kashmir. The Hindi version of this song was very popular when it was released. Hrithik Roshan and Preity Zinta performed on this song in the movie. The famed music director trio of Shankar-Ehsaan-Loy prepared the Hindi version of the song. This version copied the tune and the name of the song. After its release, people searched a lot for the original Kashmiri version.

The Kashmiri songs are the perfect representation of the folk culture that is prevalent in Kashmir. The Kashmiri people love their culture and have composed several songs based on it. These songs are so popular that some of them have been used in different movies from other languages. If you are interested in listening to Kashmiri songs mp3, download the songs from the Saregama website.