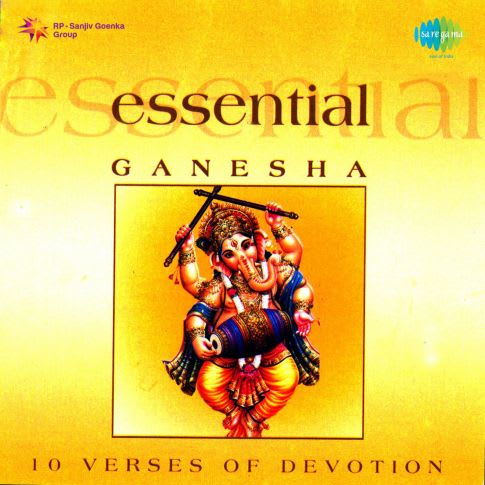 Feel the Peace and Serenity with Shree Ganpatichi Aarti Song

Hindu religion is full of aartis. Aartis are songs and hymns that are dedicated to several gods and goddesses. Lord Ganesha is considered a prominent god in the Hindu religion, and his devotees have composed several Aartis for him. One such Aarti dedicated to Lord Ganesha is the Ganpatichi Aarti. This Aarti has the right potion of peace and calmness that is required for ant religious activities. The Ganpatichi Aarti song is used in different households while worshipping Lord Ganesha. The Aarti has been used in several plays and movies, and various renditions of the song have been created. Several music directors, singers, and lyricists are at work to create such masterpieces. One such version of Ganpatichi Aarti song is being released in the album Essential Ganesha. If you like to hear some melodious rendition of Ganpatichi Aarti song, get hold of the Ganesh Aarti Lyrics of this album. You will find it on the Saregama Carvaan website, from where you can download the Ganpatichi Aarti song.

Ganesh Aarti song from Essential Ganesha
Out of the several renditions of the S Ganesh Aartis, the one from the album Essential Ganesha stands out. The music director of this song is Hridaynath Mangeshkar. He was a National award winner and has been a prominent figure in several movie industries. Hridaynath Mangeshkar is also known as the brother of Lata Mangeshkar, who is considered the Nightingale voice of India. She has gifted Bollywood with so many chartbusters that her songs are even played for different occasions on today?s date. Therefore, one can understand the exquisite masterpiece created when the brother and the sister get into collaboration. The outcome of such a duo is the Ganesh Aarti from this album. If you want to hear the result of their work, download the Shree Ganpatichi Aarti song and listen to it. If you listen to the Ganesh Aarti mp3 on a loop, you will fall in love with this song.

The meaning of the Shree Ganpatichi Aarti songs
Shree Ganpatichi Aarti song begins with the power and divinity of Lord Ganesha. It is a form of dedication from the devotees to him. The devotee considers Lord Ganesha to be a spreader of joy and removes all forms of sadness. Lord Ganesha removes all adversaries and makes life easy for the devotees. When the devotee gets the Darshan of Lord Ganesha, all their wishes come true. Then the Aarti starts speaking about the appearance of Lord Ganesha. Lord Ganesha is smeared with a yellow paste filled with fragrance, and he wears a pearl necklace around his neck. He has Chandan, paste, and Kumkum tilak on his forehead. He sits on a seat designed with precious stones. Lord Ganesha?s crown is studded with diamonds, and the anklets tingle. Lord Ganesha is dressed in a yellow robe and has a long stomach. The Ganesh Ji Ki Aarti also speaks about Lord Ganesha?s power and how it results in his deeds. He is considered to be Saral Sond but yet Vakratunda. That means he has a straight posture and attitude. However, he can break the ego and spirit of the wrong-doers and anti-socials. By removing these negative energies, Lord Ganesha is instrumental in filling the world with positivity. The Ganesh Ji Ki Aarti also covers the family aspect of Lord Ganesha. He is called Gaurikumra and Trinayana. The name Gauri Kumra is because he is Goddess Gauri?s son. He is called Trinayana, referring to the third eye of Lord Shiva, his father. If you are mesmerized by Ganesh Aarti Lyrics, download the Ganesh Ji Ki Aarti from the Saregama website now.

Tune of the song
Like any other religious hymns, the tune of this song is soothing but not slow-paced. It follows a regular beat that can attract people?s attention. This rhythm is common in other religious songs as well. What makes the song unique is the music of Hridaynath Mangeshkar and the voice of Lata Mangeshkar. Lata Mangeshkar has shown her versatility in music in different movies. In this song, she correctly expresses the right tone of soulfulness in every word of the song. The musical arrangement to support Lata Mangeshkar?s voice is apt for the song. Hridaynath Mangeshkar did a stellar job in making such arrangements. Every aspect of the song complements every other aspect, turning the Ganesh Ji Ki Aarti song into a masterpiece. If you wish to hear this masterpiece, download Ganesh Aarti Lyrics from the Saregama Carvaan website.

Why do people sing Ganesh Ji Ki Aarti?
People sing Shree Ganpatichi Aarti song due to many reasons. They believe that Lord Ganesha will drive away all tensions from their life. They will be able to complete all their works successfully. They feel eternal peace for prevailing in their home. They also feel devoted to Lord Ganesha. When people start feeling these attributes, they consider all of these results from Lord Ganesha?s blessings. They believe Lord Ganesha to be a supreme power, and the world basks in his gifts and blessings. Many people have benefitted from the Ganesh Aarti Lyrics. If you want to feel the same effects, listen to the Shree Ganpatichi Aarti mp3. If you do not have access to the full version of the song, download the Shree Ganpatichi Aarti song from the Saregama Carvaan website now!