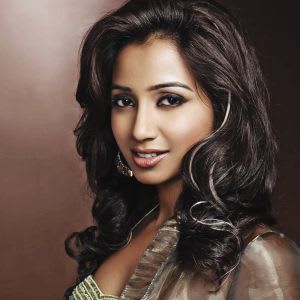 Shreya Ghoshal All Songs - The Best Of A Legend

Shreya started her musical career in 2002 after getting noticed by popular Bollywood director Sanjay Leela Bhansali after she won the musical reality show Sa Re Ga Ma Pa. Shreya went on to sing five songs in the movie "Devdas". She is credited with some of the most successful Bollywood numbers like Piyu Bole, Dheere Jalna, Agar Tum Mil Jao, Mere Dholna, Main Agar Kahoon, Deewani Mastani, Pehle Se, Hum To Aise Hain, Yeh Ishq Haaye, and Pinga, among many more. The success of Shreya is evident from the fact that she is the first Indian singer to have her wax statue in the Indian Madame Tussauds. Shreya also received the highest honour in London in 2013 by the House of Commons members of the United Kingdom.

No Shreya Ghoshal songs list can ever be completed without the inclusion of "Jadu Hai Nasha Hai" from Jism, the song that made Shreya one of the most promising and rising stars of the Bollywood industry. Composed by M.M. Kreem with lyrics from Neelesh Misra, it is one of the many Shreya songs that have managed to garner attention even though it was released many years ago. In this song, Bipasha Basu is seen seducing John with her moves, and John could not hold it for much before giving in to the temptation of her love. If you always wanted to confess your love before your special someone and want to drown her or him into your love, this song can be played in the background to create an environment where a yes would be too easy, and a no from the special someone would be too difficult.

Want to download Shreya Ghoshal bhajan songs? How about "Chalo Sakhi Sautan Ke Ghar Jaye" from Goverdhan Girdhari with music from Jagjit Singh. The moment you play this devotional song, you fell for its simplicity and deep lyrics to guide your spiritual journey. This Shreya Ghoshal bhajan would bring you closer to the magical and divine bliss of peace and spirituality to ignore the worldly chores and challenges and rise above everything. Within a few minutes, you would see that this song has helped you redefine the concept of devotional songs for you. After all, there is something about Shreya's mesmerising voice and the magic of Shreya songs that is too difficult to resist.

If you want to hear Shreya songs that have the magic to touch you more profound, you should listen to "Woh Subah Hami Se Aayegi" from Begum Jaan. This beautiful song has mesmerising lyrics that can make a deeper connection with your mind, soul, and heart within no time. On top of this, the song is a revolutionary song where the lead character talks about how better the world would be if the ridiculous traditions of the ancient days no longer exist. The song also expresses the hopes of a beautiful tomorrow and that everyone is still not lost, and one can reclaim good times with persistence. This song deserves a place in the list of the best Shreya songs.