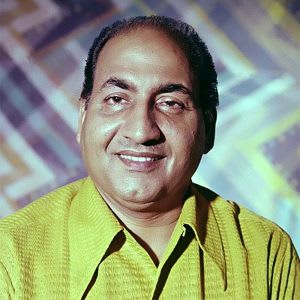 Fans of Mohammed Rafi are always looking for songs by this great singer. Mohammed Rafi ke gane are available in many different styles, moods and emotions. You will find a md Rafi song to perfectly match your mood and emotion. The true skill of this singer is that he can do equally well in sad as well as happy songs. Mohammad Rafi ke gane have variety. This makes it easy to choose Rafi songs to sync with your mood completely. Fans of Mohammed Rafi songs are people who are aware of this unique quality of Rafi saab’s voice.

Mohammad Rafi has also sung several devotional songs dedicated to different deities. You can include songs like ‘Badi Der Bhaye Nandlala’, ‘Deva Ho Deva (Ganpati Bappa Morya)’, ‘Jai Ambe Maa Bolo’ to the Mohammed Rafi songs downloads when it comes to devotional songs. It is a great idea to play these songs during festivals. You can also play these songs early in the morning to create a peaceful setting in your house. The devotional Md Rafi songs will calm your mind and soothe your senses. Selecting the best from the lot can be difficult. Listen to the 90 seconds preview of these songs to get a better idea which of these songs deserve a place in your personal devotional playlist.

There are many Rafi songs that reflect the true spirit of bachelorhood. You can feel vigour and youth again when you listen to ‘Baar Baar Dekho Song’ from the film ‘China Town’, ‘Mast Baharon Ka Main Aashiq’ from the film ‘Farz’ and ‘Yahoo Chahe Koi Mujhe Junglee Kahe’ from the film ‘Junglee’ in Mohammed Rafi’s wonderful voice. These are all songs you must include in your Mohammed Rafi songs download list.

There are several blockbuster films in Bollywood that would have been incomplete without the mesmerizing Mohammed Rafi ke gane. The film ‘Farz’ is a classic example. The movie has so many popular Mohammed Rafi songs like ‘Baar Baar Din Ye Aaye Song’, ‘Tumse O Haseena Song’ and ‘Mast Baharo Ka Main Aashiq Song’. Even after decades, people remember these Mohammad Rafi ke gane and play them during occasions.

The movie ‘Evening in Paris’ starring Shammi Kapoor and SharmilaTagore is another beautiful example of movie graced by Mohammed Rafi songs. The movie has memorable romantic numbers like ‘Raat Ke Humsafar’, ‘Akele Akele Kaha Ja Rahe Ho’ and ‘Mera Dil Hai Tera’ that can be added to the Mohammad Rafi ke gane playlist.

Kala Paani is a popular black and white film starring Dev Anand and Madhubala. This film is also graced by the lovely voice of Mohammad Rafi. You will find songs like ‘Hum Bekhudi Me Tuumko Pukare’, ‘Dilwale Ab Teri Gali Tak’ and ‘Acha Ji Main Haari’ by this veteran singer. Listen to the previews of these Mohammed Rafi songs and you will know which of these are worth investing in. Be assured of sound and recording quality when you purchase songs from Saregama. The songs are available in MP3 and HD versions for listeners.

Guru Dutt’s most popular creations, ‘Pyaasa’ is a film full of memorable Mohammed Rafi songs. Light songs like ‘Sar Jo Tera Chakraye Song’ make you feel happy. The movie also has some thought-provoking Mohammed Rafi songs like ‘Jinhen Naaz Hai Hind Pe Wo Kahan Hai’ and ‘Ye Duniya Agar Mil Bhi Jaye to Kya Hai’. These songs make you sit back and think about where the world is headed and how you can make some change in the situation. The movie also has memorable romantic duets like ‘Hum Aapki Ankhon Me’ sung by Mohammad Rafi and Geeta Dutt. Listen to these songs and you will want all these songs in your collection. Enjoy special discounts as you purchase the whole album to add to your Mohammed Rafi songs mp3 collection.