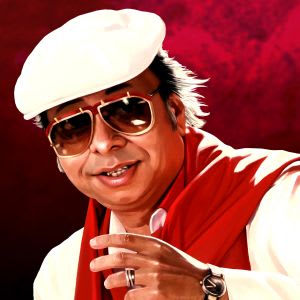 The music in the late ’80s and early 90’s in the movies was just amazing—the best songs with beautiful lyrics and pleasant music. Many great songs were created during this time. One man behind most of the legendary songs that are still a massive hit among music lovers is RD Burman. So here we are, bringing you the best of RD Burman songs. We have put all his timeless magic in one list that also includes the list of RD Burman Bengali songs so that you can download all these mp3 in one go and enjoy.

Saregama released an album titled ‘Instrumental-Film Tunes’ that featured some of the best of RD Burman Songs. ‘Aa Ja Aai Bahar Song’, which initially featured the movie ‘Rajkumar’ sung by Lata Mangeshkar, had fantastic music and was one of the most famous creations of RD Burman. This version features the instrumental version so that you can actually notice the genius of Pancham Da! Download this instrumental piece and add it to your mp3 list of best RD Burman songs.

The movie ‘Anamika’ was a huge hit, and the songs were equally impressive. ‘Aaj Ki Raat Koi Aane Ko Hai Song’ sung by Asha Bhonsle and was written by Majrooh Sultanpuri. This track is hauntingly beautiful and goes just perfect with the plot of the ‘Anamika’. Download and make it a part of your RD Burman songs playlist. All these mp3 are put in one list here at Saregama, so you do not have to keep looking for anything you want. Don’t forget to check the RD Burman Bengali songs list that we have added along with his Bollywood hits.

We have added a Holi special in our playlist of RD Burman songs. It is from the movie ‘Kati Patang’ and features Rajesh Khanna and Asha Parekh. That is ‘Aaj Na Chhodenge Song’. This song is full of festivity and is definitely going to brighten up your day. Download this song and enjoy it.

‘Aaj Unse Pehli Mulaqat Hogi’ from the movie ‘Paraya Dhan’ is a beautiful composition by RD Burman. Kishore Kumar sang the original song, but the one we have in our list of RD Burman songs is by Esbee. It is a very impressive rendition of the song and must be added to your best RD Burman songs list.

We added one stunning instrumental track in our RD Burman songs Bengali list, from the album ‘Tume Rabe Neerabe’ called ‘Aaj Tabe Eituku Thatk’. This is a lovely track, and it should be added to your list of RD Burman Bengali songs.

RD Burman was a legend. He created so many melodies which still manages to enchant music lovers of all ages. His contribution to the Indian Music Industry is something we can never forget. At Saregama, we try to bring all the soulful music from every corner of the country to the comfort of your home. So whenever you feel like listening to some good old classics or even contemporary music, all you have to do is tune in to Saregama. With just a few clicks here and there, we bring you the best of everything. All the songs that we pick and compile in a playlist are handpicked by our experts who understand what the people want to listen to. We hope you enjoy listening to RD Burman songs and RD Burman Bengali songs just as much as we enjoyed creating this beautiful playlist for you.