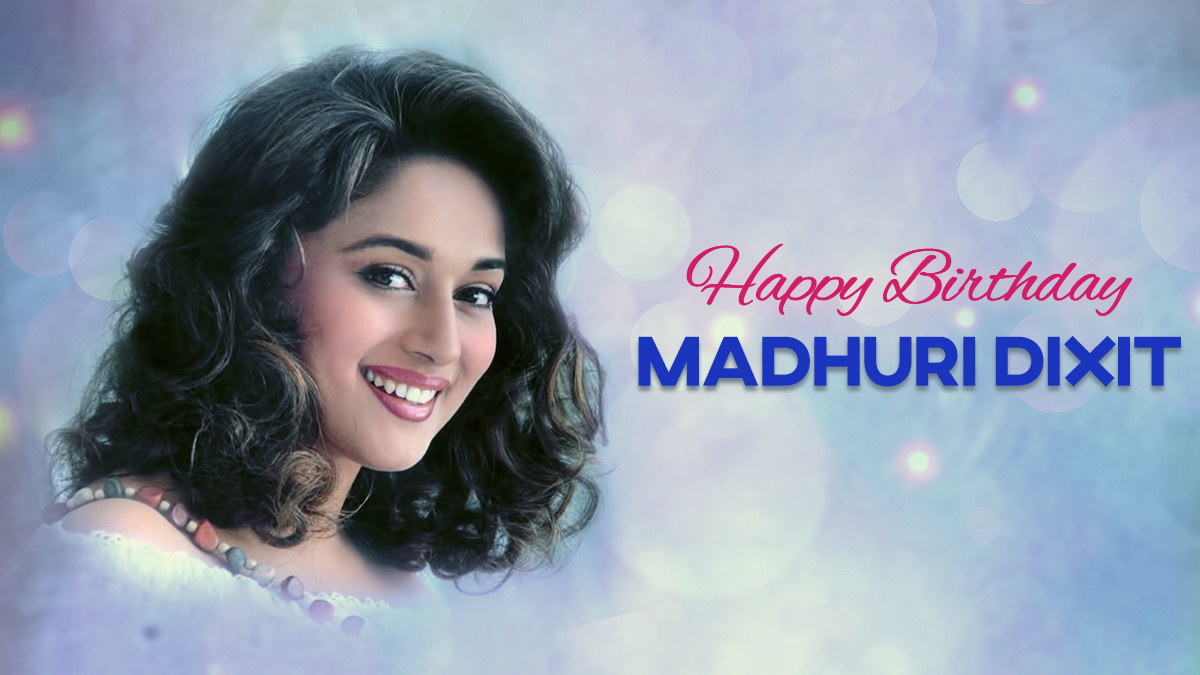 The Dancing Diva of Bollywood needs no introduction. From being one of the legendary actresses of Bollywood to a producer, music artist, dancer, television personality, and a killer mom, Madhuri Dixit-Nene has conquered every aspect of life. Being one of the most popular Bollywood actresses in History, Madhuri Dixit Nene has starred in over 70 movies in her three-decade-long career. Not only that but in the early 1990s and the 2000s, Madhuri Dixit established herself as the country’s highest-paid actress ever. You would think the achievement ends there; you could not be more wrong. She’s also been the recipient of six Filmfare awards, and the Padma Shri, she has also been featured seven times in Forbes India’s Celebrity 100 list.

Born on the 15th of May 1967 to Shankar and Snehlata Dixit, Madhuri Dixit was raised in Bombay in a Marathi family where she kindled her interest in dancing at an early age of three. She pursued kathak for the next eight years of her life, becoming a professionally trained Kathak dancer, an attribute of Dixit’s career that played a big role in her Bollywood career; dancing. Along with her passion for dance, she was also a big part of extracurricular activities like drama. She completed her high school in Andheri and went on to pursue a career in microbiology, though six months into the course she quit academics altogether and went to pursue a career in films full-time.

Madhuri Dixit made her cinema debut with Rajshri Productions Abodh in 1984. Even though the film fared poorly, Dixit’s acting got more than her fair share of positive reviews from the critics. She moved on to star in a couple more Hindi movies that did not do well commercially either, giving Madhuri Dixit a rocky start in Bollywood. Though one of these movies marked her first collaboration with the Bollywood actor Anil Kapoor (an onscreen pair that became well-loved later on). Her Bollywood breakthrough came in the form of the movie Tezaab (1988) where she played her famous role “Mohini”- an impoverished and miserable woman who was compelled to dance to make money for her father. Her role and her dancing stole the hearts of millions as the movie became the highest-grossing film of that year, earning her first Filmfare Award nomination for Best Actress. The movie tipped Dixit’s career completely, establishing her as one of Bollywood’s leading actresses, and from there, her career soared up high in the skies. Her famous dance in the song “Ek Do Teen” is still a fan’s favorite even after three decades of its release.

Dixit took a hiatus coming back after five years with the movie Aaja Nachle (2007), even though the movie fared poorly, Dixit’s performance was applauded widely. Madhuri Dixit has always been described as the graceful and elegant actress of Bollywood and her performances proved that. Following her marriage to Shriram Madhav Nene, a cardiovascular surgeon from Los Angeles, California, Dixit relocated to Denver Colorado for the next decade raising a family and enjoying her family life. Dixit describes the joys of motherhood and describes the experience as “They keep the child in me alive”

Apart from her phenomenal film career, Madhuri Dixit has also been involved in philanthropist works, working with UNICEF since 2014, to advocate the rights of children and prevent child labor. She also participates frequently in television shows as a judge in dance shows and is a famous brand and product endorser. She has also launched a production company named RnM Productions and she also runs an online dance academy.

Now you can stream, download, and listen to all your favorite Madhuri Dixit songs on Saregama and Saregama Carvaan. Saregama Carvaan is a portable digital music player that comes with 5000 evergreen songs you can listen to anytime anywhere without internet and ad breaks. It also has exclusive features like Bluetooth, FM/AM radio, USB and AUX connectivity.

How Music Helps The Elderly to Cope with Loneliness