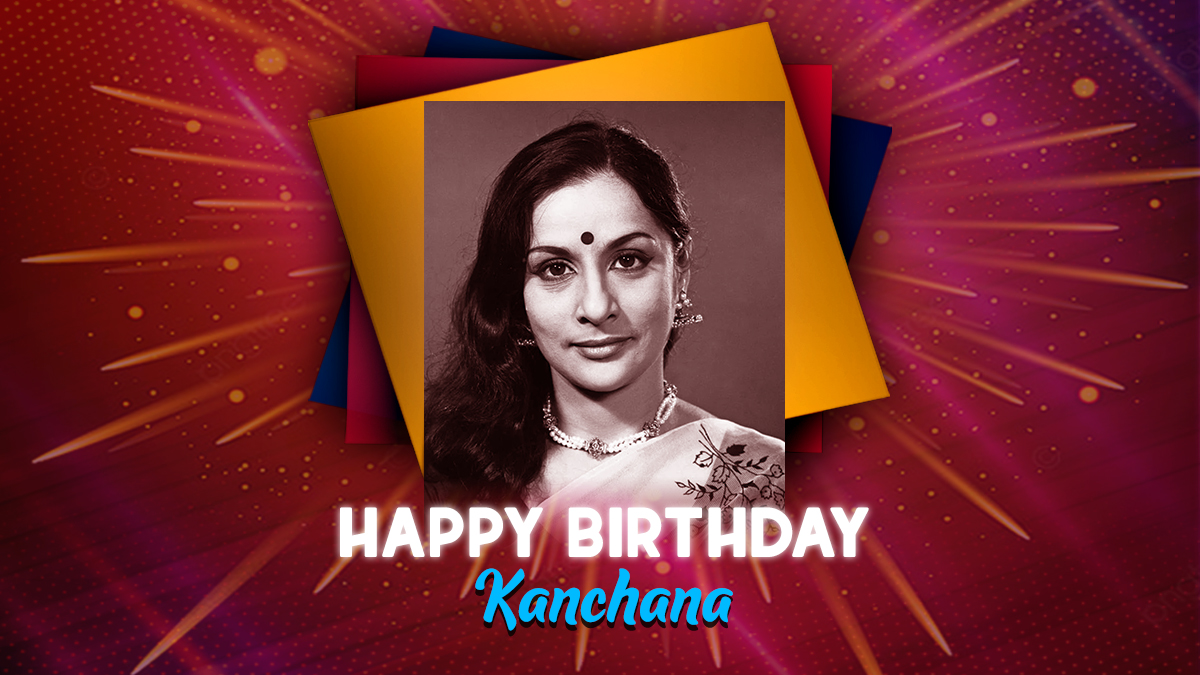 Celebrating the 82nd Birthday of the Famous Actress Kanchana

Vasundhara Devi aka, Kanchana is an Indian actress who worked predominantly in Telugu, Tamil, and Kannada films, along with Malayalam and Hindi. She was popularly known by her stage name Kanchana.

Born on the 16th of August 1939 as Vasundhara Devi in a wealthy family in Andra Pradesh, Kanchana was trained in Bharat Natyam and Classical music. Kanchana’s entry into the entertainment industry was a stroke of coincidence. She went to work as an air hostess to support her father when his business was suffering tremendous losses. It was on a plane that a passenger who was the friend of the film director C. V Sridhar noticed her and later suggested her to Sridhar. It was then that film director C. V Sridhar cast her in the lead role of his film Kaadhalikka Neramillai. He was the one to change her name to Kanchana as well as there was already an actress with the same name as Vasundhara Devi in the industry. The film was just the start of Kanchana’s film career. She went on to work in over 150 films.

Her pairing with Ravichandran was well adored in Tamil Films. They gave big hits together, some of them being; Adhey Kangal, Kadhal Jyoti, Naalum Therindavan, Thedivandha Thirumagal, Kadhalikka Nermillai amongst others. Her movie Sivandha Mann with Sivaji Ganesan was a blockbuster along with two other films of the pair; Vilayattu Pillai, and Avan Oru Sarithiram.

In her career, she was paired with many popular Tamil heroes like S. S. Rajendran, Gemini Ganesan, Jaishankar, Ravichandran, Sivakumar, and others. After her retirement as a lead heroine, Kanchana worked as a supporting role actor in movies like Ananda Bhairavi, Johnny, Mouna Ragam, and Shrimad Veerat Veerabrahmendra Swami Charitra.

In her personal life, Kanchana fought a long court battle with her father who conned her by making her sign on a white document and then converted all her assets into his name. After years of a court battle, Kanchana finally regained her wealth but ended up donating around 15 Crore (then) worth of her assets to Tirumala Tirupati Devasthanams.

On the occasion of Kanchana’s birthday, Saregama celebrates her life and contribution to Indian Cinema.

Now you can play Kanchana’s top songs on Saregama Carvaan Tamil. Saregama Carvaan Tami is a portable digital player that has 5000 preloaded evergreen songs that you can enjoy anytime without an internet connection or ad breaks. It also has other features like Bluetooth, FM/AM Radio, USB, and AUX connectivity.

Wishing to the Evergreen South Indian Actress, Ambika on her 59th Birthday

Jayachandran Song playlist for his Birthday- A Tribute.