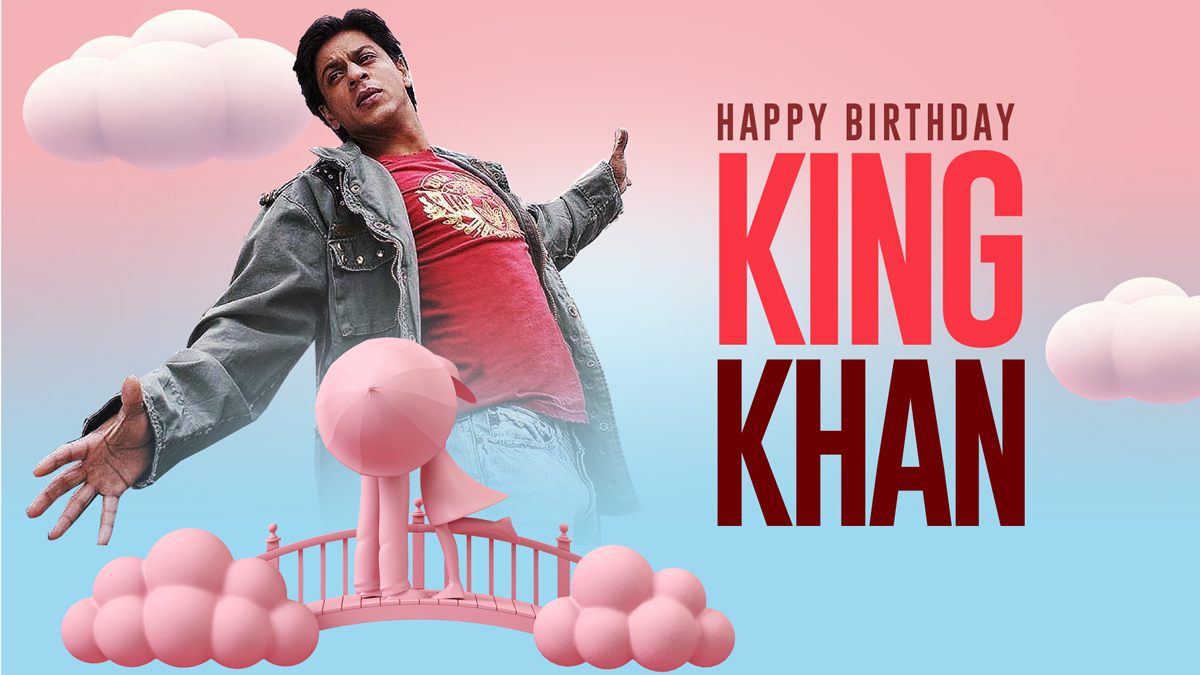 King Khan, King of Bollywood, King of Romance, are some of the popular nicknames given to one of the most successful Bollywood film stars worldwide. Shahrukh Khan, or popularly known by his initials SRK is an Indian film actor, director, and producer who works in the Hindi film industry. Recognized as one of the biggest stars worldwide with a massive fan following and a legacy that presides him, Shahrukh Khan is the recipient of 14 Filmfare Awards.

Born on the 2nd of November 1965 in New Delhi where his family moved at the time of partition. As a teen Khan was the best student in the school, even winning the highest award, “Sword of Honor”. Khan started with wanting to pursue a career in sports but due to a sports injury early on in his school, he couldn’t go down that route anymore. So, he started to invest more time into acting, doing stage plays. He was known for his impressions of Bollywood actors like Dilip Kumar, and Amitabh Bachchan. After his Bachelor’s Khan enrolled for his master’s in media from Jamia Millia Islamia college but left it incomplete to pursue a full-time career in acting.

Khan also attended the National School of Drama in Delhi during the early stages of his career. Khan’s acting debut came through the television series Fauji in 1989 directed by Raj Kapoor where he played the role of the lead character Abhimanyu Rai. What followed was more roles in other series like Circus (1989-90), Idiot (1991), including an English-language-based television film In Which Annie Gives It Those Ones (1989), amongst others. At the time Khan was not interested in films as he thought he wasn’t good enough. But his mindset changed in 1991 when he relocated to Mumbai trying to escape the grief of his mother’s death. He was quickly signed up for four movies.

His film debut came in the 1992 film Deewana where he starred opposite Divya Bharti as the second male lead behind Rishi Kapoor. The film was a box-office success and won him his Filmfare Best Male Debut Award. Also, in 1992 came Khan’s first male lead film Chamatkar, Dil Aasna Hai, and Raju Ban Gaye Gentleman.

The arrival of 1993-94 saw Khan’s transition into villainous roles with two box office hits – Baazigar, and Darr. The former film won Khan his first Filmfare Best Actor Award. Another famous negative role of Khan came with the movie Anjaam, where he played the obsessive lover. At the time Khan was considered risky for taking up such roles as a leading actor. Though Khan’s negative roles didn’t seem to stick around for too long. He had too much charm and a pretty face to play a villain.

With 1995 came the era of romance for Khan where he transitioned once again from playing obsessive, stalking lover, to becoming the Badshah of Romance, a ladies’ man. With the release of Karan-Arjun and Dilwale Dulhaniya Le Jaayenge, Khan’s career shot through the roof. The latter of the films ended up becoming one of the all-time highest-grossing films both in India and Abroad. Dilwale Dulhaniya Le Jaayenge is the longest-running Bollywood film of all time and has won ten Filmfare Awards.

Apart from his movie roles, Shahrukh Khan is a popular television personality, often hosting award shows, and he is also the owner of an IPL team. Being one of the most decorated movie actors, Khan has won 14 Filmfare Awards from 30 nominations and special awards. In 2005, he was honored with Padma Shri, given by the Government of India. Along with that, he has also been awarded the Ordre des Arts et des Lettres in 2007 and, and the fifth degree of the French Legion of Honour, the Chevalier Légion d’honneur in 2014.

On the occasion of Khan’s 56th birthday, Saregama wishes him a happy birthday.

Now you can listen to the top Shahrukh Khan mp3 songs on saregama.com or high-definition audio songs on Saregama Carvaan. Saregama Carvaan is a portable digital audio speaker that comes with 5000 preloaded evergreen Hindi songs that you can listen to any time without ad breaks or an internet connection. It also consists of other features like Bluetooth, FM/AM radio, USB, and AUX connectivity.