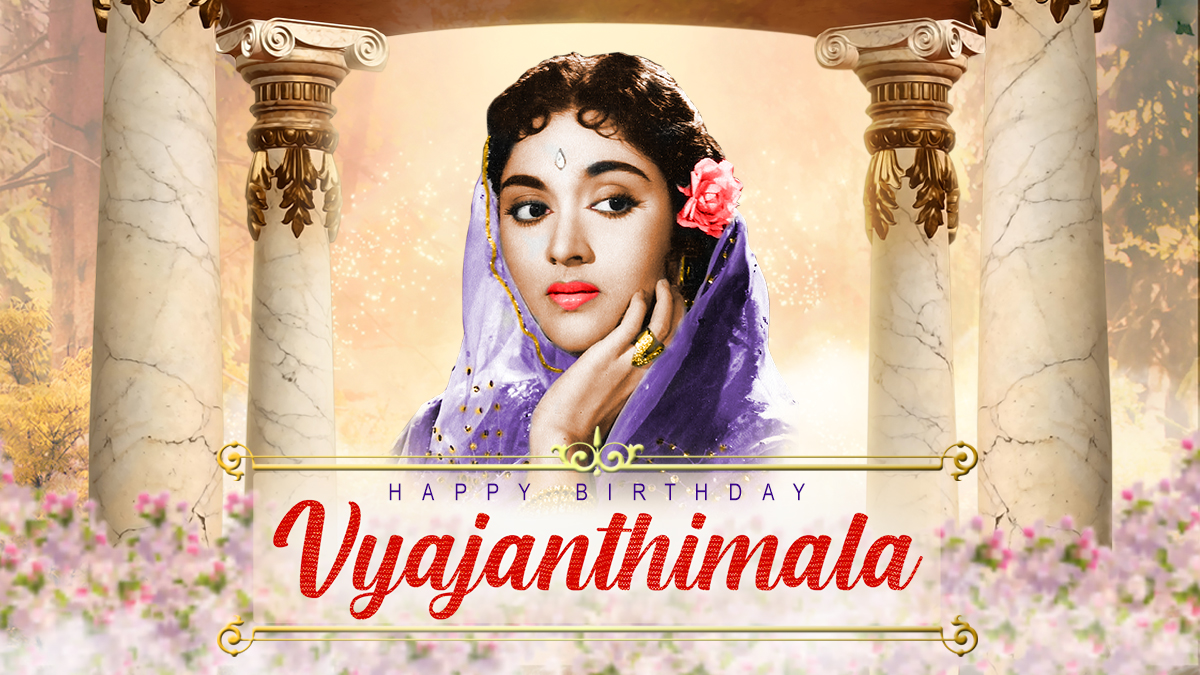 The legendary actress Vyjayanthimala was born on 13th August 1936 in a Tamil Iyengar Brahmin family at Triplicane near Parthasarathy Temple. Her mother Vasundhara Devi, was a leading actress in Tamil Cinema in the 1940s. At the age of just 7, Vyjayanthimala was selected to perform a classical dance for Pope Pius XII at Vatican city.

Vyjayanthimala is still regarded as one of the best actresses in Indian Cinema. She received her first acting offer for AVM Production’s Vazhkai after being spotted by director M.V. Raman. The movie went on to become a huge success and was also remade in Telugu for which Vyjayanthimala dubbed her voice.

Vazhkai was a huge hit in south India and this inspired the production house to remake the film in Hindi. The Hindi version was named Bahar and starred Vyjayanthimala in the lead role along with Karan Dewan, Om Prakash and Pandari Bai. Vyjayanthimala learnt Hindi for the dubbing and the film became the sixth-highest grossing film of the year 1951. She also starred in the Telugu f