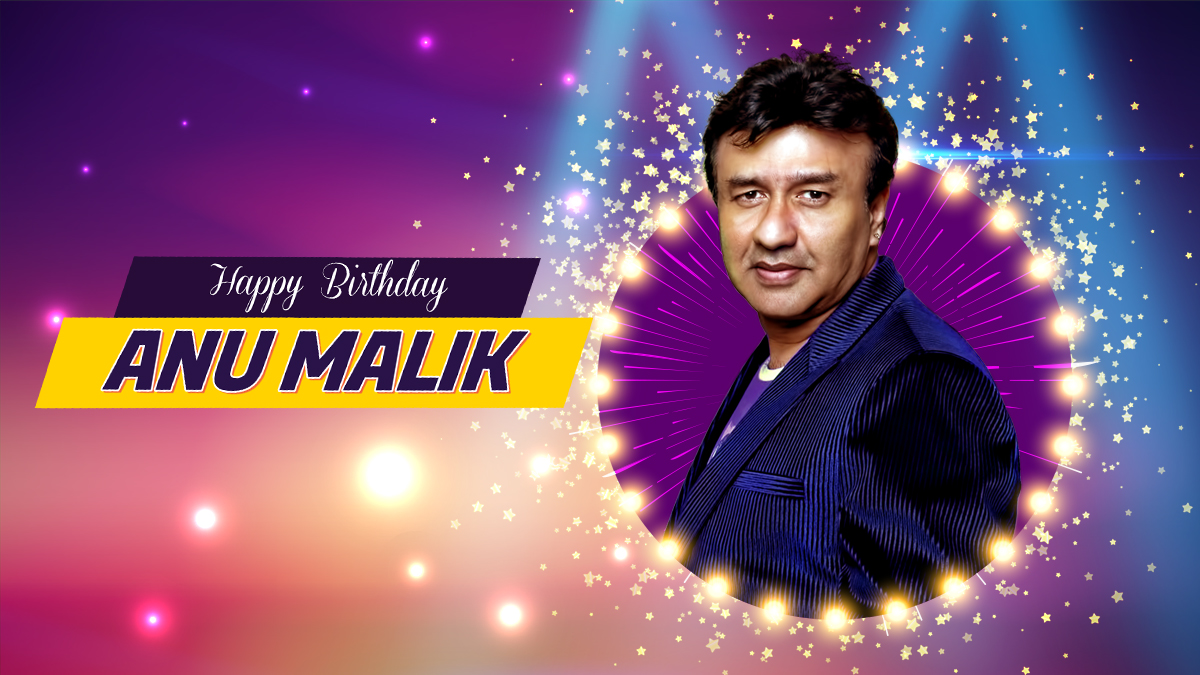 Anu Malik is a popular Indian music composer, arranger, and singer. He is a National Award as well as Filmfare Awards winning musician and he works predominantly in the Hindi Film industry composing music for Hindi film songs. His style of composing music and the involvement of the instrument Tabla in his songs has over time become a signature of Anu Malik songs. His song “Chamma Chamma” from the movie China Gate was also used in the Hollywood movie Moulin Rougej starring Nicole Kidman. Apart from being a Bollywood music composer, Anu Malik was a popular television singing show judge named “Indian Idol” right from season 1 back in 2004 up till season 11 in 2018. He briefly returned to judge Season 12 of Indian Idol but quit after three weeks.

Born on the 2nd of November 1960 as Anwar Sardar Malik, he began his career opting for the stage name “Annu Malik” back in 1977. His debut work for the film Hunterwali 77 in 1977, went unnoticed although the film marked the beginning of his long association with the singer Asha Bhosle who sang two of the film tracks. Anu Malik then went on to collaborate in Hamesh Malhotra’s subsequent films Poonam (1981), Aapas Ki Baat (1981), Ek Jaan Hai Hum (1982), and Mangal Pandey (1982). Although those works also went unnoticed due to the poor performance of the films at the box office.

The breakthrough of Anu Malik’s rough start came in the form of the 1984 movie Aasman which featured the catchy tracks Banke Nazar Dil Ki Zubaan sung by Kishore Kumar and Time Bom rendered by Asha Bhosle and Kishore Kumar. Both the songs garnered critical acclaim. Up next came his work in the film Sohni Mahiwal that turned out to be a huge success and also got Anu Malik his first nomination in the Filmfare Best Music Director Award.

Even though Malik got much recognition after his 1984’s success, getting his footing in the Bollywood industry turned out to be difficult for him due to the monopoly of music composers like R.D Burman, Kalyanji-Anandji, and Lakshmikant-Pyarelal. Meanwhile, his 1987 composition of Apno Mein Mai Begana became a super hit song with a cult following. Following that, Malik ventured into playback singing when he sang multiple tracks of the film Jeete Hain Shaan Se named Julie Julie, Rab Roothe Roothe, and Salaam Seth. The film turned out to be a major success on the box office with the song Julie Julie becoming a fan favorite.

Between 1990 and 1992, Malik went on to work on more different projects, finally transitioning from the typical 70s style of music to what is known as his trademark style. Movies like Maa, Tahalka, and Chamatkar released these new songs’ compositions.

The arrival of 1993 brought the most successful year of Malik’s career with movies like Baazigar, Phir Teri Kahani Yaad Aaye, and Phool Aur Angaar featuring Malik’s songs. His composition Baazigar O Baazigar and Yeh Kaali Kaali Aankhein became a nationwide rage. The latter of which sold 10 million copies becoming that year’s best-selling soundtrack for Bollywood. The song also established Malik as one of the top music directors of Bollywood and got him his first-ever Filmfare Best Music Director Award.

On the occasion of Anu Malik’s 61st birthday, Saregama wishes him a hearty birthday.

Now you can listen to the top Anu Malik mp3 songs on saregama.com or high-definition audio songs on Saregama Carvaan. Saregama Carvaan is a portable digital audio speaker that comes with 5000 preloaded evergreen Hindi sons that you can listen to any time without ad breaks or an internet connection. It also consists of other features like Bluetooth, FM/AM radio, USB, and AUX connectivity.