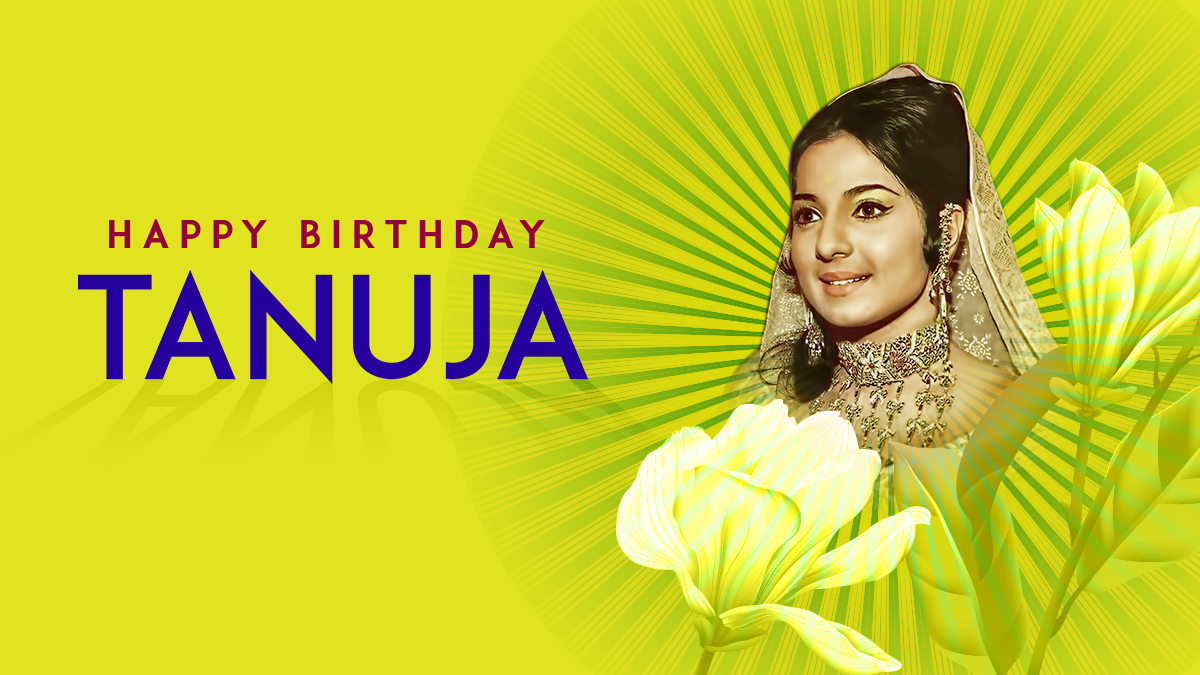 Tanuja Samarth was born on the 23rd of September 1943 in a Marathi family. Part of the Samarth family, she is the daughter of filmmaker Kumarsen Samarth and actress Shobhna Samarth. She is the sister of actress Nutan and also has a brother. While still a child, Tanuja’s parents parted amicably. Later on, her mother was rumored to be linked with the actor Motilal who also produced the debuting films of both Tanuja and Nutan.

Tanuja’s career in the film industry started when she was only a child. Being called “Baby Tanuja” she debuted in her older sister Nutan’s 1950 hit film Hamari Beti. As an adult, ten years later she debuted in her mother’s directorial film Chabbili in 1960, which had Nutan in the lead role. A year later marked Tanuja’s official transition into an actress with the film Hamari Yaad Aayegi directed by Kidar Sharma, a director who scouted famous talents like Raj Kapoor, Madhubala, and Geeta Bali. One can download high quality mp3 songs from saregama website.

In the 1966 film Baharein Phir Bhi Aayengi, Tanuja was noted for her acting. Coincidentally the movie ended up being the last offering of the Guru Dutt team. With the team’s help to tone down her performance, the dance sequence became one of the highlights of her career and also pushed her to lead roles soon afterward. Her next big role was in the 1968 film Izzat with actor Dharmendra.

Fun story, in an interview years later, Tanuja confessed to slapping Dharmendra when he tried to flirt with her on the sets of Chand Aur Suraj. An embarrassed Dharmendra apologized profusely to Tanuja and asked her to make him her brother. Reluctant at first, Tanuja forgave him later and tied a black thread on his wrist making him her brother.

After the commercial success of Izzat, came Jeene Ki Raah in 1969 with Jeetendra. The film turned into an immediate superhit and a fan favorite. The same year saw Tanuja receive the Filmfare Best Supporting Actress Award for her role in Paisa Ya Pyar. Another superhit film of Tanuja was Haathi Mere Saathi in 1971 after which she acted in Door Ka Raahi, Mere Jivan Saathi, Do Chor, Kaam chor, Yaarana, Khuddar, Masoom, Pavitra Paapi, Bhooth Bangla, and Anubhav amongst others.

Then came a time where Tanuja ventured to start a parallel career in Bengali movies, starting with Deya Neya in 1963 where she was paired opposite Uttam Kumar; the Mahanayak of Bengali cinema. She did a number of roles in Bengali cinema in the mid-60s.

After her marriage, Tanuja took a break from cinema but came back after her marriage ended. In the later years, she did roles like Rules: Pyaar Ka Superhit Formula (2003), and Khakee (2003).

On the occasion of Tanuja’s birthday, Saregama celebrates her contribution to Indian cinema.

Now you can listen to the all-time hits of Tanuja on Saregama Carvaan. Saregama Carvaan is a portable digital player that comes with 5000 preloaded evergreen Hindi songs that you can enjoy anytime without ad breaks or internet connection. It also has other features like Bluetooth, FM/AM radio, USB, and AUX connectivity.

Remembering The Cowboy Of Bollywood, Feroz Khan On His 82nd Birth Anniversary