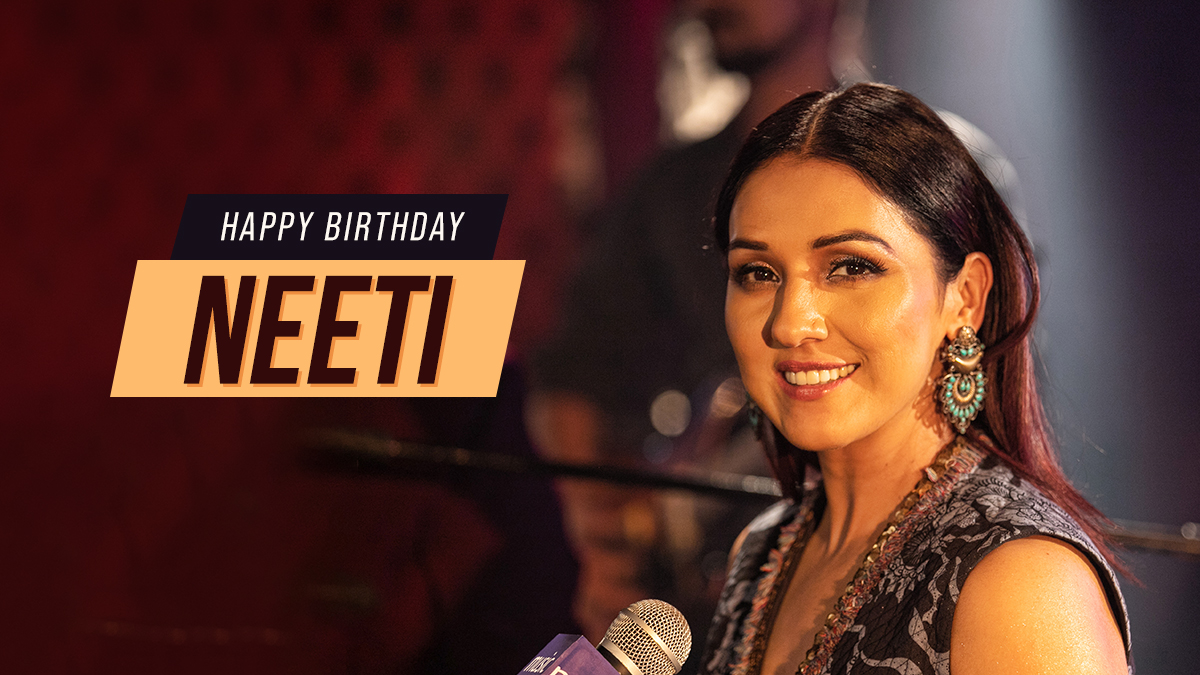 Neeti Mohan is an Indian playback singer who works predominantly in the Hindi film industry but she has also done songs in Marathi, Tamil, Telugu, Kannada, Bengali, Punjabi, and English. She is one of the winners of the channel V singing show Popstars, subsequently being chosen for Aasma along with the other winners. She rose to prominence with her track “Ishq Wala Love” from the 2021 Karan Johar film Student of the Year.

Born on the 18th of November 1979, Neeti Mohan started training and learning music at the Gandharva Mahavidyalaya, when she was considering singing a serious hobby. During the time she was also involved with dramatics and dancing. During her school days, Mohan was part of her school’s band and participated in the Delhi Republic Day Parade for five years in a row. Later she learned music formally at the Bhatkhande Music Institute and continued her training in Mumbai for five more years.

Mohan’s musical journey into the Indian entertainment industry began with her participating in channel V’s singing show Popstars where she was one of the winners. Subsequently getting a chance to be a part of Aasma. While assisting Ashley Lobo, he proffered Mohan to be featured in Imtiaz Ali’s 2005 directorial Socha Na Tha. Following that Mohan went on to participate in the 2009 Starplus show Music Ka Maha Muqabala and was part of the winning team led by Shankar Mahadevan.

Mohan’s big Bollywood break came in the form of Vishal-Shankar’s composed 2012 film Student Of The Year where she performed the soft ballad of Ishq Wala Love. The song was an immediate hit and became a popular love song of that year. She was next heard in Jiya Re for the 2012 Yash Chopra directorial Jab Tak Hai Jaan. She won the RD Burman Music Award For New Music Talent for both of the songs that year.

Mohan has been nominated for multiple awards and has won many accolades. In 2013, she won the RD Burman Award for New Music Talent twice for her songs Ishq Wala Love and Jiya Re. She also won the Mirchi Music Award for Upcoming Female Vocalist Of The Year in 2013 for her song Jiya Re and the Indie Pop Song of the year for Man Marziyan in 2018. She has also been nominated for the Best Playback Singer category in multiple Award shows including Filmfare, Screen, and Stardust Awards.

Her rendition of the six jazz tracks in the soundtrack of the Amit Trivedi album for the film Bombay Velvet received a positive response from the music critics. According to sources, Trivedi was on a search for a voice with an “Asha Bhosle meets Nina Simone” tone quality.

On the occasion of Neeti Mohan’s birthday, Saregama celebrates her contribution to the Indian music industry.

Now you can listen to the top Neeti Mohan mp3 songs on saregama.com

Now Experience Music at its Best with Saregama Carvaan Musicbar